my part you may ask? i made my own homemade tomatilla salsa!

alright, so it didn't have so much to do with the environment and everything to do with the fact that since the last post i've been craving that savory, salty, sapid, somewhat spicy, sauce.

honestly i haven't been able to shut up about it. most conversations in the past couple of weeks, no matter what the topic, i've somehow been able to include the phrase, "have you ever had tomatilla salsa, you should, it's amazing!" as repetitive and boring as this my sound, it did lead to a certain someone stating the fact that there was indeed a tomatilla salsa recipe in the cookbook they had given me for graduation. aside from the fact that it made me look like i hadn't perused this cookbook at all, it led to a splendid idea. i wouldn't bow down to some corporate salsa, i would make my own! 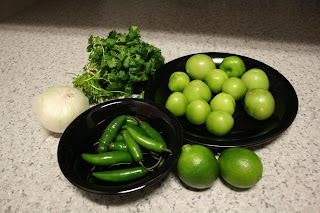 i read the directions, gathered the ingredients, armed myself with a food processor, and set to work. it was amazing. i was like a german bobby flay, cooking and dicing! i'm telling you, this was much more exciting then anything i've ever done on the george foreman! after mixing it all together and letting it set in the fridge for a day, i unveiled it at our weekly [office/grey's] watch party. it was a hit. the only criticism that came was the fact that it was too spicy, however i fell that this comment lost all validity when i saw "said" person scraping the bowl clean with half a tortilla chip.

boil onion, tonatillos and serrano peppers for ten minutes. put in blender and chop fine. add a bunch of chopped cilantro and the juice of one lime. 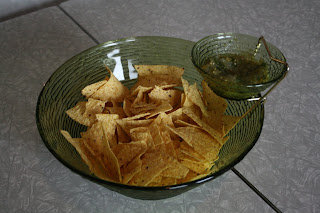 for a very relaxed evening, i recommend serving with wilco's new album, "sky blue sky" playing softly in the background.
Posted by ercwttmn at 5/21/2007 10:26:00 PM 5 comments: Links to this post

i have found a little slice of heaven on earth.

it's the tomatilla salsa at guero's taco bar....which just happens to be in austin texas, which isn't bad either. 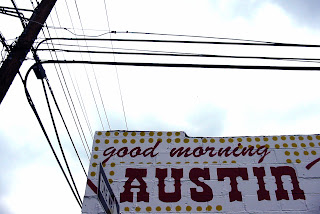 a weekend trip to visit a friend was the perfect excuse to leave wichita for a couple of days. the weekend was spent crossing off, just a few, of the many things to do in that city: visiting the eclectic shops on south congress avenue, listening to live music, sitting beside lake austin [really just the colorado river], eating at downtown restaurants, and just enough shopping to withstand. 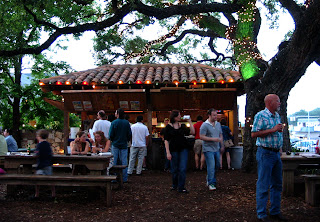 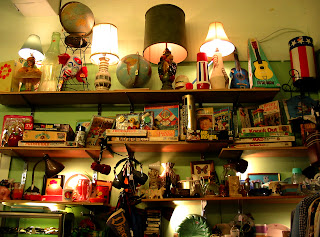 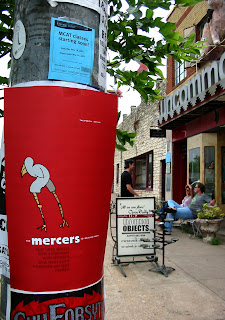 i've never been in a city that had a more interesting mix of people. it's a place where matthew mcconaughey and lance armstrong can meet at a bar for a beer...or protein shake. a city where the motto [keep austin weird] can be seen all over the place, promoting diversity, eccentricity, and support of local mom and pop stores. of course the drive from downtown towards the suburbs brings the bumper stickers stating, "keep round rock mildly unusual". it's the perfect mix of "office space", and "dazed and confused", which just so happened to be filmed there, but that's enough of me dropping my recent wikipedia knowledge of the city.

since starting work last year, i've felt very trapped in the day to day grind, having the days i can take "vacation" allotted to me at the beginning of the year. i can no longer go wherever, whenever. i now have to [plan] and [schedule] using the calender on my outlook express. a gridded screen that fills up my day, conveniently reminding me fifteen minutes before a scheduled event. [actually, i do like that feature]. the pleasant side effect of all this, however, is how extremely refreshing it is to get away and experience something new. the thrill of new sights and sounds.

the sweet is always better after the sour. 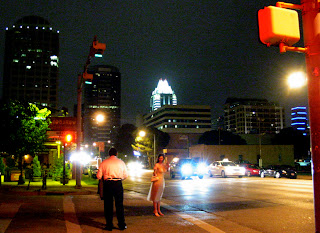