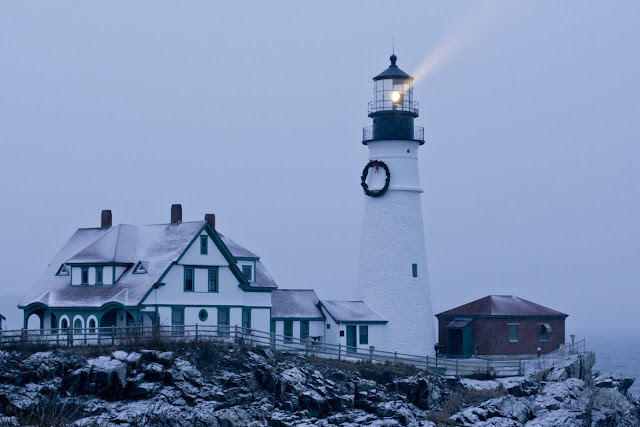 wanting to capture the portland headlight during a snow storm led me to my first time photographing a subject in really nasty weather.  i was not well prepared.  lessons learned; bring warmer clothes, bring a thermos of coffee, double check and make sure your tripod is working, bring a cover for your camera, bring lens cleaner and lastly....wear shoes meant for walking on the ice.  falling and busting your knee two steps out of your car makes for an awful time.  all that being said, i was happy with the final pics.  hopefully i'll have another chance to capture this icon again this winter season. 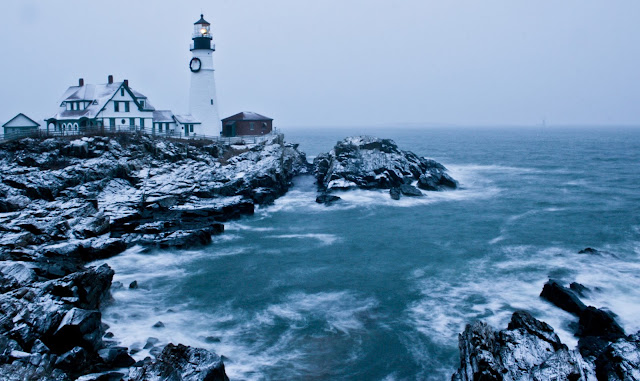 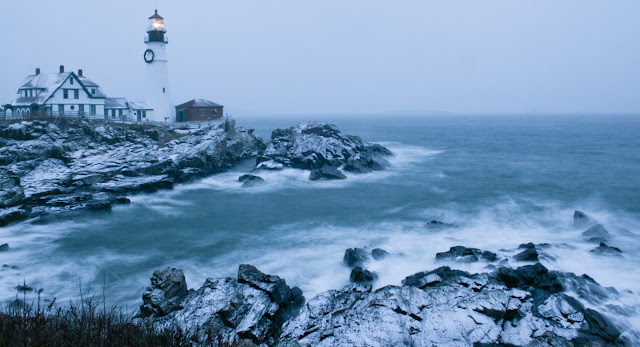 sure there were the college years and those nine months i spent in san diego, but i always had a place to come [home] to.  even living on my own in an apartment in downtown wichita for the past decade, my parents were a mere 15 minute drive away, so even my bachelors pad, which i called [home] only felt that way because my friends and family were so close.

earlier this year, i actually left my [home]

or at least i thought i did.

turns out i was wrong.

looking back through pictures i took these past twelve months, trying to find the ten which most represented my year, i discovered something i didn't expect.  you don't ever really leave home, you simply find a new one.  wichita, will always be my home, nothing can ever change that, but somewhere in the last 45 weeks of this past year portland, maine also became my [home].  it was hard to leave wichita, mainly because i had so many memories there.  i was heading to some "place" i didn't know, with zero memories.  little did i know that it's memories that turn a "place" into a [home]. with that said, i offer you ten place-to-home turning memories from the past year. 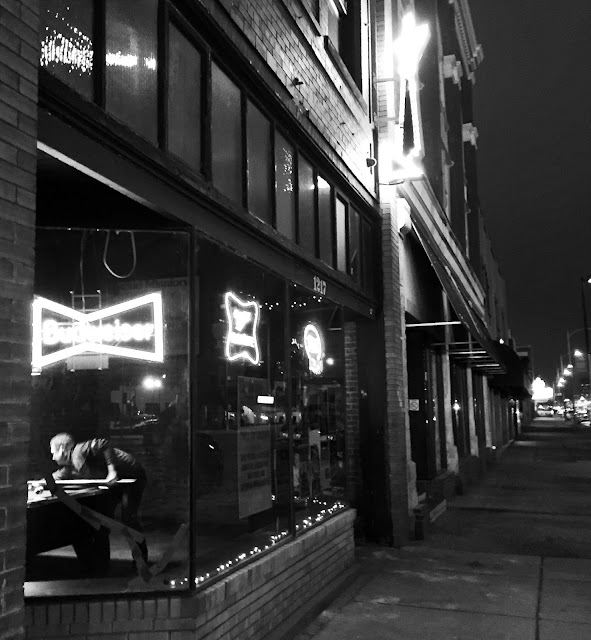 every friday night without planning or question, my friends and i would gather a lucky's.  it really is a magical thing. years from now when they write the history of wichita in the 2000's, lucky's will be known as the gathering spot of some of cities most creative and talented people, solving the social problems and civic issues of the city we love, one pool game at a time. thankfully i was lucky enough to be a part of it.  for almost a decade this was my friday night [home].  i miss it terribly.  i purposely took this pic to remind me what it was like just before i would pass by the large windows and see who was gathered around the pool table that night. 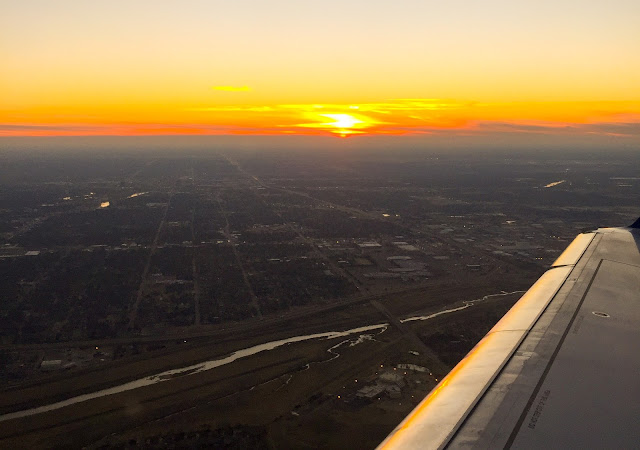 i left my hometown one cold february morning just as the sun was rising in the east, giving me one final view of my [home] before starting a new adventure out east. 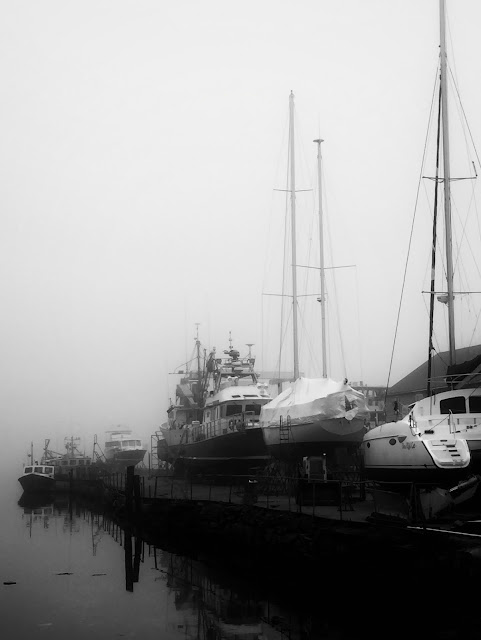 i moved to maine at the end of february.  by the middle of may spring had still not made a full appearance.  thankfully there was starting to be a few hours of daylight at the end of my work day, which i was excited about.  this particular day was still cool and very foggy.  i took a long walk home that afternoon a snapped this picture.  i remember for the first time starting to find the beauty in the surroundings of my new [home].  shortly after this picture was taken spring finally arrived and it was amazing! 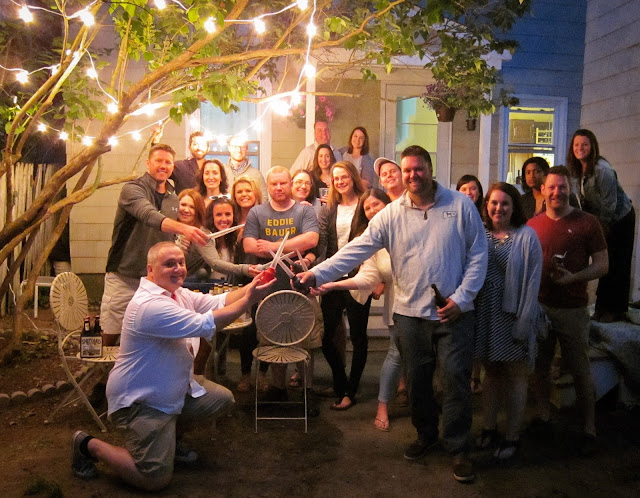 every year, back in kansas, my friends would host a "june bucket"party.  this year my fiancee convinced me to invite all our new friends and keep the tradition going.  we had only been in town four months but we gathered everyone we knew a held the party.  it was amazing.  acquaintances became better friends that night, memories were made and a tradition was continued.  all of which led to portland feeling more like [home]. 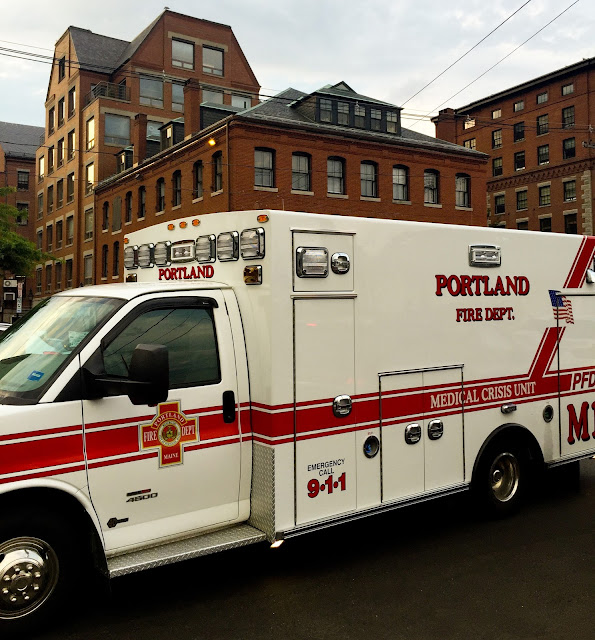 i'm not going to say much about this photo, other than to say it wouldn't be a family vacation without some sort of shit show happening, and there's nothing better than a good ol' family shit show to make you feel at [home].  just know that everything and everyone turned out ok.  i also think we're at the point now where we can all laugh about it, as it turned out to be nothing too serious. 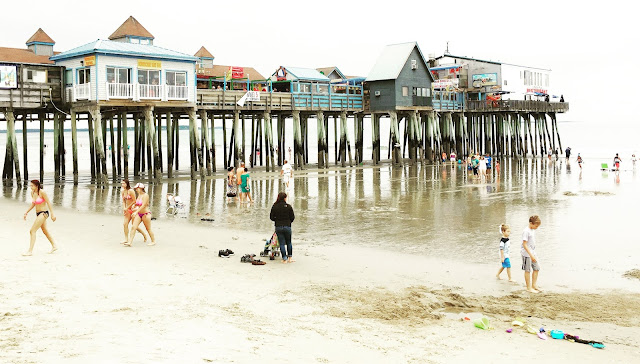 obviously i knew when i moved to maine it was near the ocean, but up until this day i thought all the beaches were rocky.  this is the day i discovered old orchard beach, with it's more typical stretches of sandy beaches. old orchard beach definitely has its own character and tourist attaching flare to it, but it was still a wonderful discovery.  finding unique things around your house helps make it a [home], and discovering old orchard beach with its ocean breeze carrying a corn dog fragrance made maine feel more like [home]. 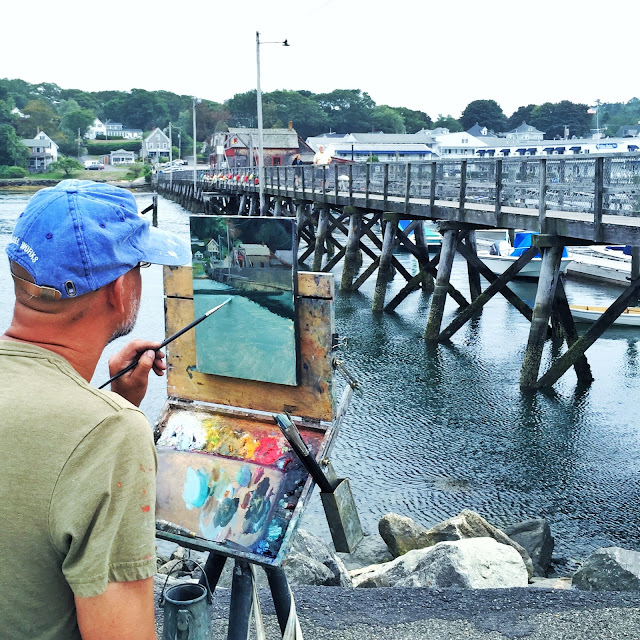 i can't say enough wonderful things about the city of boothbay harbor.  without a doubt my favorite town in maine...so far.  almost in complete contrast to old orchard beach, boothbay was quiet and quaint.  a living postcard of what i thought maine would look like before moving here.  the weekend was spent making new friends and learning how to shuck oysters.  i took this picture because it so perfectly summed up my opinion of boothbay harbor; a real life painting.  i will be eternally grateful to the townspeople for making my fiancee and i feel at home that weekend. 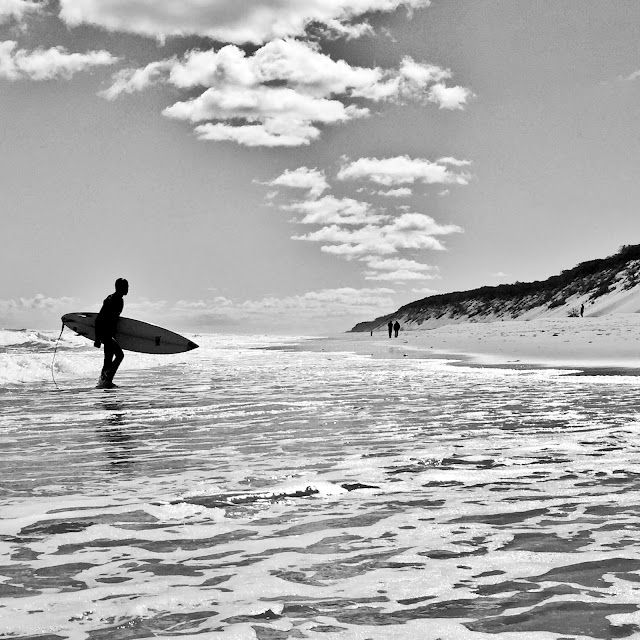 a weekend to a friends wedding found my fiancee and i discovering cape cod for a few days.  wanting to see the beach we randomly picked a spot on the map and discovered a wonderful spot.  hidden below the dunes the view was obscured until we came right up to the crest making for an amazing surprise.  we spent an hour taking in the view together, chatting about life and our own upcoming wedding.  sometimes it's not a place that makes you feel at [home] but rather a person.  this picture represents that whole trip for me...as well as the absolute best breakfast burritos i've had, which we had enjoyed that morning. 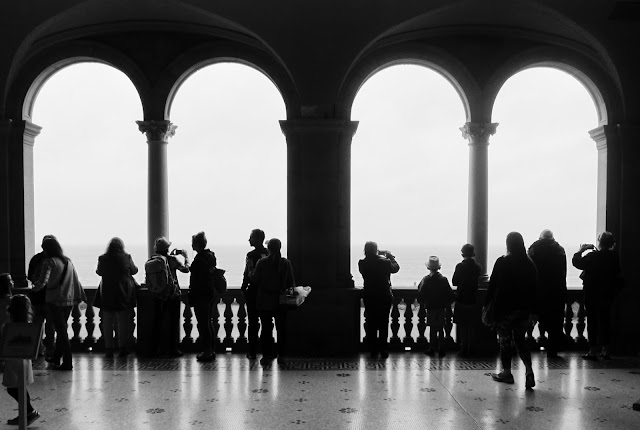 an october weekend found us taking a trip to newport.  unfortunately the weather was starting to hint at winter and it ended up being rainy and a little chilly the entire weekend.  luckily for us one of the more popular things to do in newport is to tour the [homes] of incredibly rich families.  after the tours we googled the town in search of places to grab a drink by a fireplace, which led us to a couple great bars and several new local friends.  this weekend reminded me you don't need a multi million dollar castle to have a great [home] all you really need is a good drink and a fireplace. 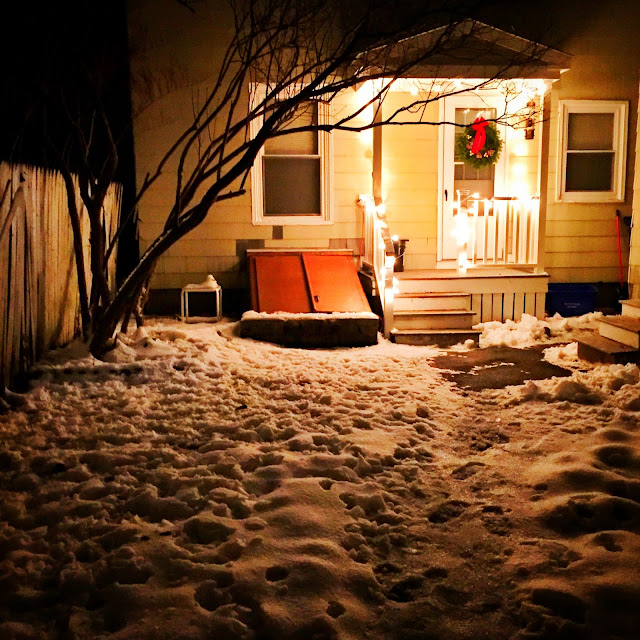 not much to look at, but this is the view i see everyday when i come [home].  memories my fiancee and i have shared with each other and with new friends have started to make this house feel like a [home] and i love it.  i also still love my friends and family in my [home] back in wichita, which makes me think about the saying  [home] is where the heart is.

i fully believe that.

but i also now believe your heart has the ability to be in a couple places at once.