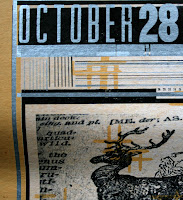 so, the other week, i received a rather large package in the mail. it had no name attached to it, only an overland park address. no big deal, i knew a few people in the o.p. so i opened it. hidden amongst the brown paper and bubble wrap was a large brown envelope. opening this up, i found a beautiful "decemberits" poster. this sparked my curiosity. digging further into the box i found an equally beautiful card. opening it up, i found a "cut-out" style letter stating, "thought you might like this". no name.

i went from curious to freaked out really fast. not to worry though, i had some friends with the sense of humor to pull something like this with me. i spent the weekend looking and deciphering the facts.

1. there was on overland park address on the box, as well as proof that it had gone through the shawnee mission post office on october 14. they must live in the greater k.c. area, or have at least visited recently. this narrowed the field a bit.

2. they spelled my name correctly,the field narrowed even further.

3. the poster was mailed in a "bed, bath, and beyond" box, this meant the suspect must have had a bed, bath, or even some beyond, that they had shopped for at some point. this narrowed the field once again.

4. both poster and card had been made by hammerpress, meaning said person had visited the crossroads district of kansas city. this meant that 'said' person must have some appreciation for nice design.

5. they knew i liked "the decemberists". this fact actually didn't help, because i think just about everyone in the free world knows that.

6. the poster was from a gig in chicago. hmmmm, there must be a chicago connection. this broadened the field of suspects slightly.

7. the letters had been individually cut out and pasted on the card, this would have taken some time. this fact eliminated every male friend i had in kansas city.

after looking at all these clues and facts, i had a list of five people it could have been. there was also the possibility it was mailed by a fan of the you tube sensation, "exposed", but i considered that unlikely.

i sent out five incredibly vague e-mails to these individuals asking if they had mailed me a package. a couple of days ago, i found the answer here.

it turns out that it was indeed people on my list. it was my wonderful friends erica and jeff! most of the clues were correct. the overland park area, visiting hammerpress, and graphic skills, as is apparent in her amazing photography! they would also know how to spell my name correctly and are familiar with my musical taste.

the chicago connection turned out to be just a coincidence,

thank you both for the beautiful poster, and giving me a weekend with something to do! 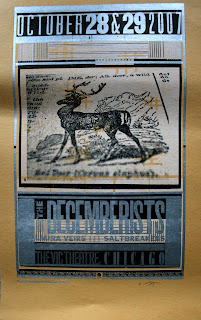 we only had a few submissions this round, but we finished a full year of trying to put out a quarterly magazine! hope you all enjoy! 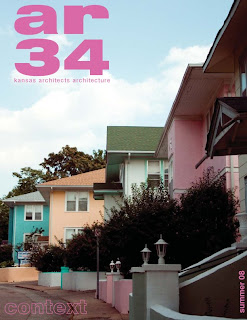 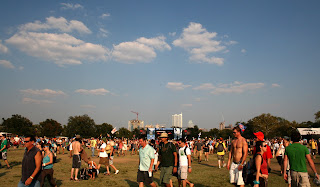 it's amazing how easy it is to conform to an easier way of life.....

last week i ventured down to austin to attend the "austin city limits music festival". my first three day music festival. for a few days i traded my desk chair for a lawn chair, door schedules for concert schedules, and my itunes for live tunes.

after spending thursday driving down, we enjoyed a little bit of the austin night life with our austin friends, watching the famous bats depart from under the bridge, and enjoying some amazing mexican food. that night we planned. our itinerary was light on the details and heavy on the music. the only "for sure" event would be crashing at the house of our friends, boyfriends, parents, who just happened to live close to the festival, and who also ended up being incredibly gracious hosts.

with so many bands and so different taste in music, it was almost impossible to stay as a group. we would meet up to hit the bands we all enjoyed, but then would spit off to take in a band that full filled our own personal liking. my own personal play list for the festival seemed to be a mix of indie folk, "beard rock", electropop, and 90's alternative

as with anything there were a few disappointments, but also a few surprises. some performances that stand out in my mind were jenny lewis, the swell season, mars volta, css, iron and wine, and the foo fighters. also running, into an old friend from college, out of 75,000 people and eight stages was a pleasant surprise.

there was however an event that trumped all other experiences at the concert. in my program i read neko case would be signing autographs at 6 p.m. on sunday! this time was constantly in the back of my mind. about 1 pm on suday i decided it would be wise to pick up a cd at the festival store, giving me something to have her sign. at the store i found her "autograph time" had been moved up to 2! wow! how easily i could have missed it. the time came, i took my turn in line, which gave me time to think about what i might say! something like,

"thank you for providing the soundtrack to my life!"

"your music makes me want to sell my car and ride a horse!"

...nope weird, and not true. or i could ask if she remembered the moment we shared back in april of 2007 when she played lawrence! written about here. nope, too weird, and a little "stalker-ish".

with all these thoughts in my head! i felt a little like ralphie in a "christmas story" on his way to see santa! before i knew it, i was at the front. my mind froze. somehow i managed to sit down, hand her the cd, and utter the words, " i love your music". she smiled and signed the cover. before i could even think, it was done. walking away i looked at what she had wrote, and smiled, i think she remembered lawrence. (see cover below). later that afternoon neko performed. it ended up being the only concert where i left the comfort of my folding chair and fought my way to the front of the stage to enjoy it.

the whole festival was amazing. the music was enjoyable, but the real real treat was being able to take some time off work to spend with friends! 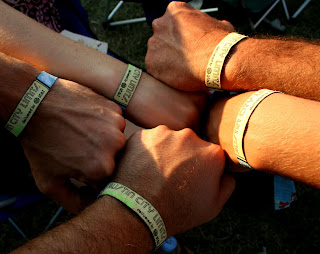 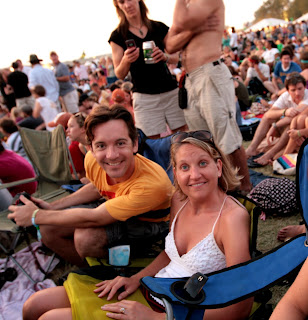 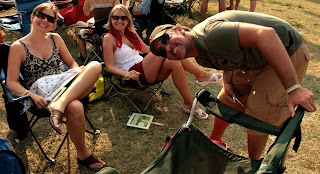 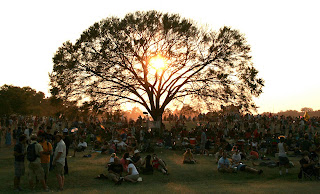 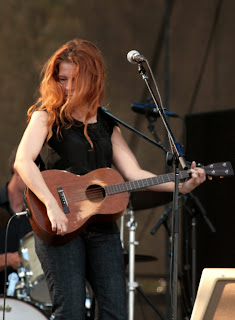 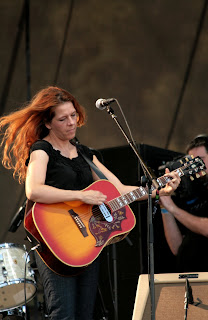 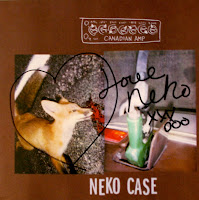