take me out to the ball[park]

if anyone starts talking about anything relating to any type of sport, i quickly find myself lost and without a clue to what is being said.  except when it comes to baseball stadiums.  i'm infatuated by them and love knowing all i can about them.

like a humble servant seeing the coliseum in ancient rome for the first time, i'm always in awe entering a baseball stadium. it has so much for an architect to appreciate. they're large scale projects which become icons for the city.  not only are they great examples of architecture themselves, but i love how the outfields frame the city or landscape they're in. stadiums also perfectly represent their time.  fenway and wrigley with their industrial feel; angels stadium, dodger stadium and kauffman stadium with their mid-century vibe; the throw back retro-ness of stadiums built in the 90's like camden yards and coors field, to more contemporary parks like petco park in san diego.

interesting and sad fact, there are no major league stadiums representing styles from the 20's, 30's, 40's or 50's as they've all been replaced and kauffman stadium, which opened in 1973, is the sixth oldest stadium!

as large of projects as they are, it's interesting to think they still follow some of the most simple rules of architecture design; site location and orientation, the approach a visitor takes to and into it, compression and expansion, scaling and massing.  although they have similar traits, i also enjoy the fact each park has its own little drama or flair, some feature unique to it.  fenways green monster, the old brick building in the middle of the left field stands at petco park, kauffman's fountains, and many more.  there are a thousand of things i pay attention to at a a ballgame, the least of which is the actual game.

i'm not sure i'll ever get to design a baseball stadium and i'm not sure i'd want to, but i still love knowing about them.  the other week i had a chance to geek out by seeing fenway for the first time, the oldest ballpark still in use. i was ecstatic the entire game looking at all the details and reading plaques! don't worry, i did pay attention enough to watch ortiz bat and i was rooting for them to beat the blue jays.  even though they lost that day the architect in me came away with a win knowing i had finally seen fenway. 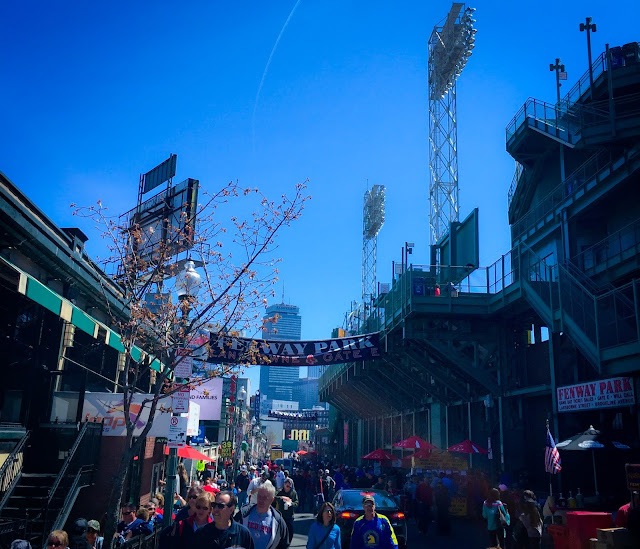 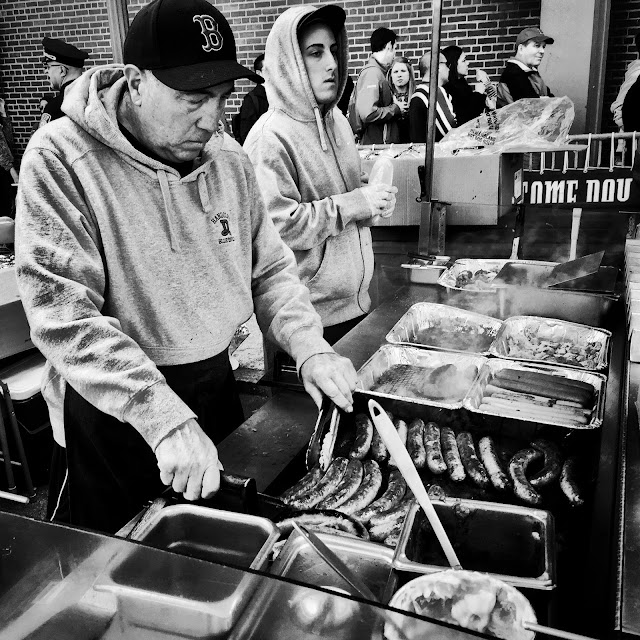 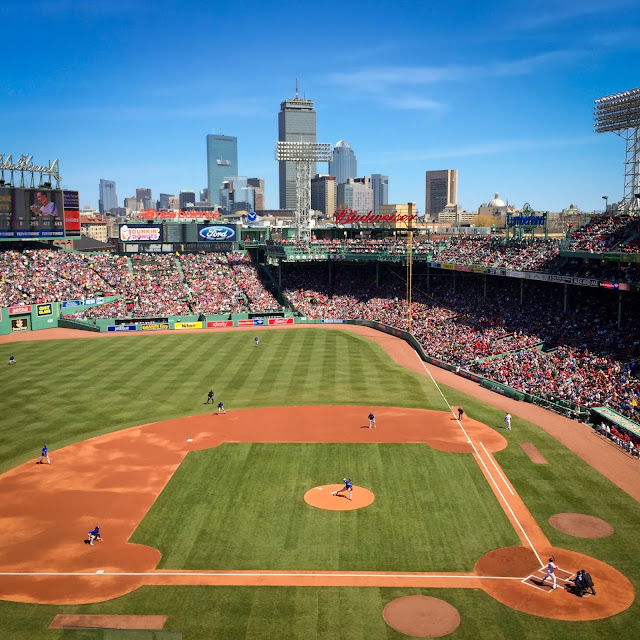 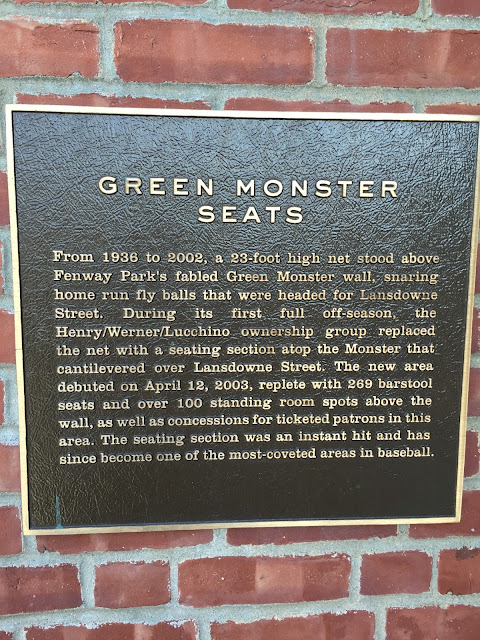 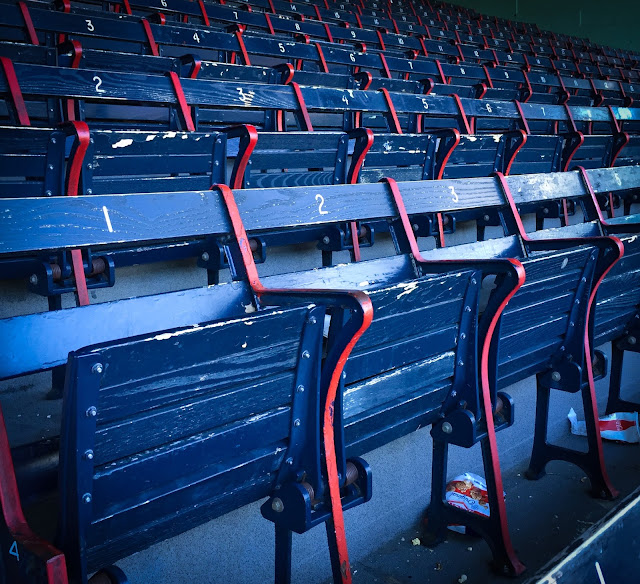