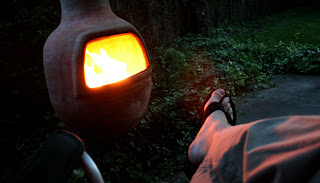 i really thought my life would be less stressful after college. i assumed upon leaving the college of architecture planning and design, that the stress would be left behind with my lazy boy recliner on the curb with all the other items that couldn't fit on my truck. but alas it's still here. now, it's not the same as it was in college, it has a different feel, but it's still there. i'm guessing that's just life though. there's always going to be a little stress and a little drama. i'm learning slowly though, that how you deal with it, will result in how "it" effects your life.

now stress doesn't like to be ignored, it's like the mosquito bite that i have on my sock line right now. a little annoyance, ever so slight, begging me to focus on it. itching and poking at it, however, makes it worse, but if you're able to ignore it, just for a bit, your mind can go on to think about other thoughts, and slowly, you almost forget that it's there.

i'm getting better at that. like leaving problems at work, for a bit, so i can enjoy the longest day of sunshine with friends at a bbq, or trying to decide the best club to use when 250 yards out, and not placement of columns. 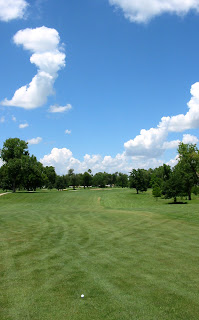 a recent form of relaxation that i've taken up recently, is sitting for a few minutes in the steam room at the downtown YMCA. i frequent the YMCA, not only for the health benefits, but for the plethora of unique individuals that occupy it's interior, and with my argyle socks, i'm no exception. last thursday, however, my idea of relaxation met someone elses form of relaxation and i'm still trying to understand it.

i was done working out, so i wrapped up in my towel, put on my flip flops and walked into the steam room. as i opened up the door, the steam partially blurred my vision and i couldn't see much except a few blurry forms. but i heard a whipping/brushing sound. a little uneasy about this, i made my way to a bench and tried to figure out what was going on. as the steam cleared, i was able to make out the noise. there was a rather old-ish man lying down on a bench, with another old-ish man hitting him with a bundled up bunch of oak leaves.

believe me, any stress i had on my mind quickly left my mind, as i tried desperately to figure out what was going on here, and not burst out laughing.

this "oak leaf" massage lasted for about 10 minutes, afterwords the old-ish man with the leaves....leaves, leaving the other man in the steam room. my curiosity bursting, i asked.

to which the old-ish man replied in a foreign accent. " is form of massage in norway...helps circulation of blood."

alright, i thought, that's perfectly legit. however he then stood up, walked to within six inches of me, which is way to close in a steam room, and said.

i was speechless, i had no idea what to reply with.

he then sat down, and we enjoyed the silence of the steam room for the next few minutes. the whole time however i was wondering how having a man hit you with a bunch of leaves in a steam room, would be an alternative to "said" pill, but i thought, you know what, to each his own."

which brings me back to my point. whatever you need to do in order to relax and de-stress, i hope you do it. whether it's sitting and chatting with friends over dinner, enjoying concerts, playing a round of 18, or getting smack with oak leaves..........
Posted by ercwttmn at 6/26/2007 10:24:00 PM No comments: 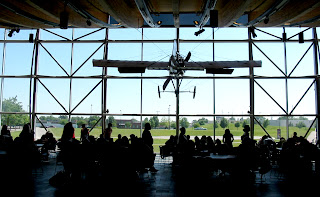 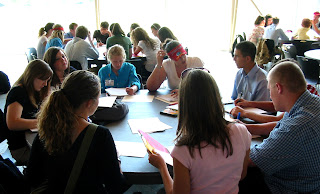 i've had the privilege of being part of a great summer camp for the past ten years. the reason i continue to volunteer, is because i truly believe in the goal of the camp, which is helping high school students learn "how to think", not "what to think". just a few of this year's panels included a discussion on global warming, as well as privacy rights in the media. that in itself would be a worthy blog entry. little did i know, however, an event would take place this past weekend, so "seinfeld-ish" it made me question the way i think, and wonder if i was slowly becoming george costanza.

as an adult facilitator, i shared a dorm room with three other guys. as the dorms were set up as suites, we had two rooms that shared a bathroom. waking up friday morning, i jumped in the shower to start my day. noticing all the other shampoo's and soaps lined up on the shelf, i was intrigued when i saw some "axe" shower gel. now, even though i do find axe's commercials extremely sophomoric, hence the reason i had never purchased it before, i was curious to try a little sample of it. so i ditched my "old spice" gel, and tried the axe. i was surprised when i found it so extremely refreshing! leaving the shower and getting dressed, i asked the guys, "who had the axe"? finding out it was my friend ray's, i informed him i had tried it, and complemented him on his choice of soap, and continued on my day, not thinking much of it.

after the camp was over sunday afternoon, the staff went to grab a bite to eat before heading to our respective parts of the state. during dinner, "my pleasing scent" was brought up in conversation again, where i informed everyone it must have been ray's, body gel. i then included, that my favorite part about sharing a shower, was trying out other soaps, shampoo's and conditioners...

now it's hard to describe the exact look on every one's face at the table, but about half the people were laughing so hard they were crying and the other half was in pure shock!

"you actually use other people's shampoos and soaps!?!"

now i'm confused. i really thought i was in the "right" here. as a guest in some one's house, i thought you were more then welcome to use the various products they had. this is how i've discovered nearly every product i use today. is this not a great way to try products you wouldn't normally buy? i thought everyone did this! i fully expect people to try my assortment of shower accoutrement's when visiting. is this taboo? is this some social more' i've been breaking the past twenty years of my life?

when using someone else's shower, is it a "bath and body" buffet for you to enjoy? or is everything off limits. and even if you bring your own shampoo, are you entitled to try something new if you see it? what are the rules here?

i'm relating this story at the expense of my own embarrassment, because i need to know. if this is wrong, please, please, tell me and i'll stop....

a recent acquisition has me reminiscing over old photographs... 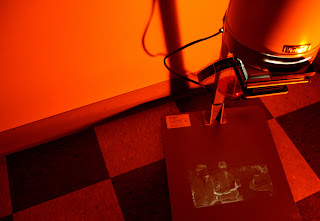 well not so much photographs, but pages and pages of negatives. a few weeks ago the wichita center for the arts was hosting a garage sale. reading that it would include photo equipment, i decided to join the above sixty crowd and go garage sale-ing. upon entering the storage room, i immediately found what i was looking for, enlargers. asking why they were getting rid of them, the manager told me what i already new, they were archaic. the digital age had deemed them that way during the last decade. looking for the one in the best condition, i handed him the few "hamilton's" they were asking for, and bought one, all the while hoping, and praying that it worked.

later that evening, i finally pluged it in, and a bright light appeared...literally, the light came on. i couldn't believe it! it seemed to work. rummaging through a large rubbermaid bin labeled "eric's stuff" i found my folder of forgotten film, my old negatives from my day's on the yearbook staff. i loaded a negative into the cartridge and sure enough, it focused! i now had the last piece to the "build your own darkroom" puzzle.

after the wonder of the working equipment wore off, i sat and looked through negatives from a past life. looking a each black and white image, i could still remember finding each scene through that tiny 35 mm viewfinder. 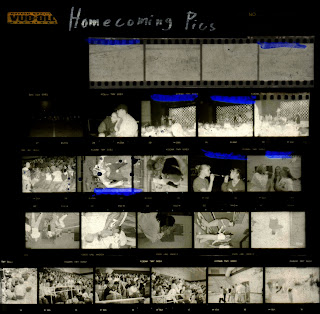 i miss that. digital photography is great, but it's guaranteed. anyone can pick up a camera and get a picture. point and shoot. back then, ( wow, do i sound like an old man) getting a photograph was a miracle, and miracle's are never guaranteed. you'd take a shot, and loose it somewhere in the roll of film with in the camera. after finishing a roll, you'd develop the film, a process filled with obstacles just waiting to ruin a great picture. after developing the film, and letting it dry, you then had to project the image from the enlarger and "burn" it onto a blank piece of paper. a blank piece of paper, only until it slowly developed under a bath of chemicals. upon finishing the necessary steps, only then could you step out from under the red light, into the real world, and see how it turned out.

it was truly magical. the process makes it that way. you had to work at it. there were no guarantees. but holding that "one of a kind" image in your hand, not on a screen, taken from your own, unique view, on this world, is priceless.

these little "inverted black-and-white" memories serve as a reference point to see where my life has taken me these past ten years, and it's almost scary to see that with all the time that has past since i've captured these images, objects really are closer then they appear.