before the days got shorter and summer officially ended i took a long trip to visit the second to last howards johnson's restaurant in its final days of operation.

my love for anything and everything dealing with roadside america is what led me to the decision to wake up early one saturday and drive two hours to pay homage to this diner deity. being from the mid-west, and born in the 80's, i missed the golden era of howards johnson's when there were thousands of restaurants across america and hence had never had the privilege to eat at one.

i didn't go for the food, i went for the memory.  living in a state were everything is new to me, i wanted to part of its history.  over the course of my life i had visited nearly every place in wichita.  i could partake in conversations where people would ask if you remembered "that old place" or "this old restaurant" and i loved knowing those forgotten places.  secretly i went and ate at the howard john sons because i wanted to be able to say,  "yeah, i remember that place...such a shame it closed." now, some of you may say it was cheating to eat at a place five days before it closed after being opened since 1966, but the brief memories i made while there could have been made in any of those 50 previous years.

i ordered a burger and fries from kathe, a lady who had been working there since the day it opened.  she was sweet to me and made sure everything tasted alright.  she easily could have served me my food and not cared how it tasted since the whole place would be closed soon, but i appreciate the fact she probably treated me the same as any customer who had sat at that counter in the last 50 years. as i ate my burger and gazed at the mid-century time capsule i was in, the guy next to me started chatting.  as it would turn out, he had installed the equipment in the restaurant when it opened and had been a regular ever since.

as friendly as everyone was, there was a solemn feeling in the air.  it felt a lot like a funeral and in a way it was.  we were all there to pay our respects to a way of life quickly disappearing.  a way of life where your car was your freedom and the road was an adventure.  a way of life nestled in between the days where all meals were home cooked and picking up your dinner through a window. the era of family drives and vacations, and memories made under an iconic, roadside attracting, orange roof. walking around the restaurant you could feel the memories of thousands of families who had stopped here for a nice meal before heading on their way to the woods of northern maine.

as in any memorial service you remember the good times and to that i'd like to raise a cup of coffee and thank the bangor howard jouhnsons to a very memorable lunch, and helping me feel apart of maine history. 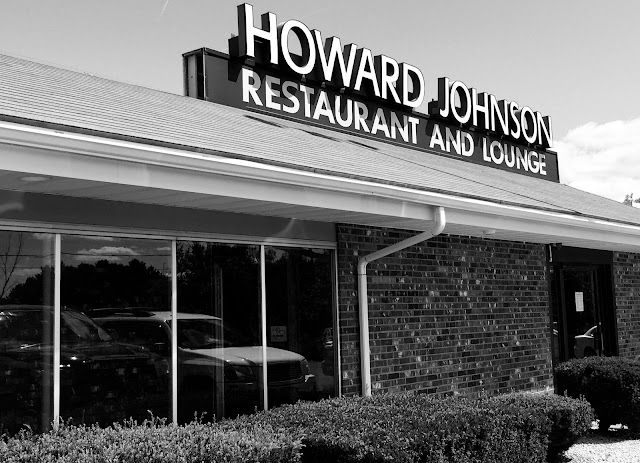 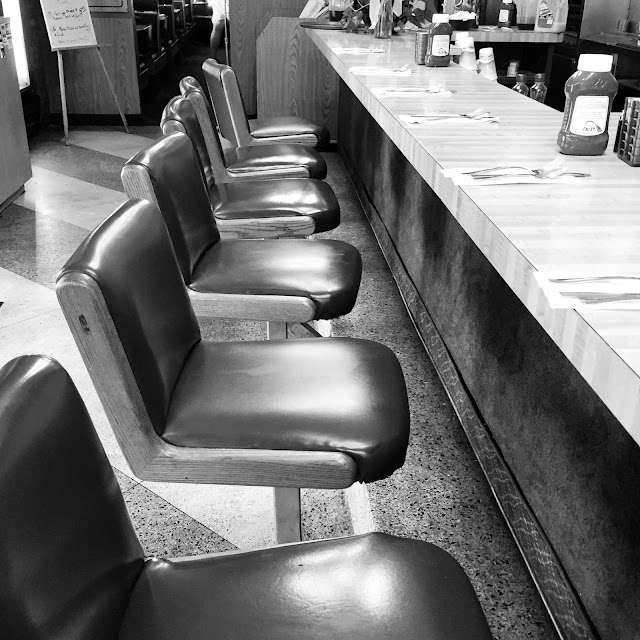 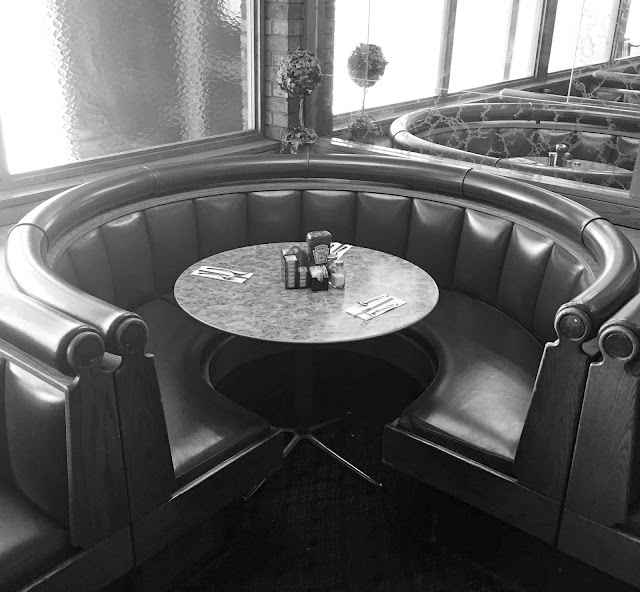 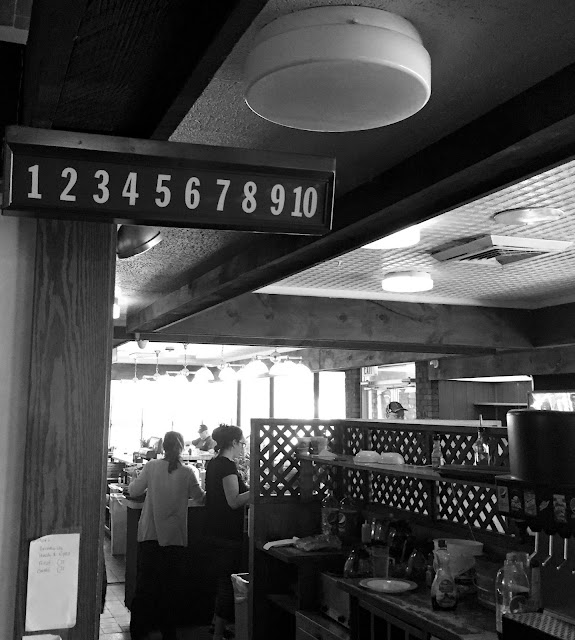 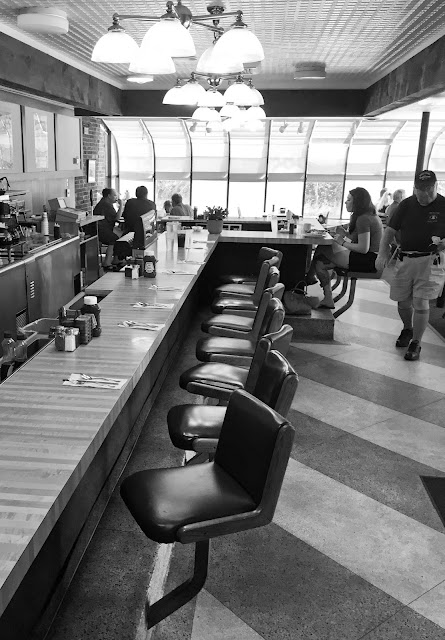 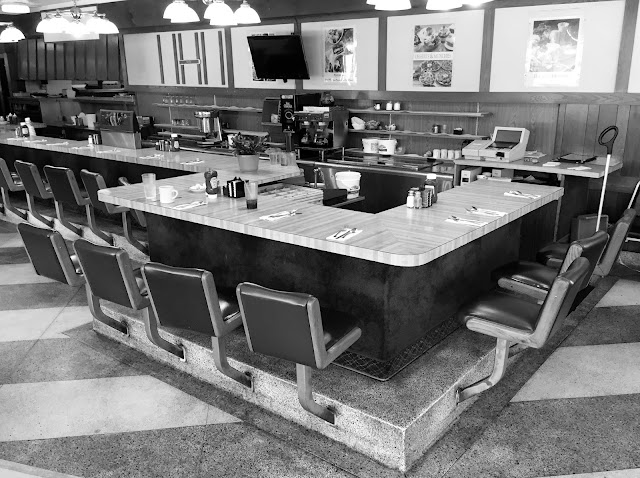