a [house] of a different color

i think one of the first projects any new home owner tackles is painting, and we were no different.


the kitchen of the house we moved into was kind of a light peach and light green...almost sherbet like colors.  although not horrible, we felt it could use a fresh coat of...some other color.  wanting to go pretty bold we decided on blue.  i'm not sure if i'm just the victim of watching too many house hunting shows but blue and kitchens seem to be a thing.  i was nervous going with such a bold color but i felt the all white cabinets and appliances we currently now own, would help balance out the boldness.  i was also hoping to make the white trim pop.

as an architect, i've specified countless colors for rooms, but none of those were going in my own home.  i spent several hours researching blues and shades of blues to determine the best color.  even at the store i requested four different shades to try out on the wall, and to see how they looked in the different light that would hit the room.  finally after tormenting myself, we made the choice, "dyers woad" seemed to be the perfect mix of grey and blue.

my wife ans i spent the entire weekend taping, trimming and painting our new little kitchen. naturally during the course of the project, i kept needing new supplies, so i went from a couple of brushes and pans to the owner of several different brushes, cups, spackling paste, drywall sander, 5 in 1 painters tool, a goofy looking roller to get behind the radiator and a ladder.

in the end, just getting the project done felt good and it allowed us to unload several boxes and get the kitchen organized.  as much as i had researched the color i'm not thrilled with it.  i wish it would have turned out just a tad greyer, but it's a happy shade and my wife really likes it.  also it really did make the white trim pop.  more importantly than the actual color, there's something about a fresh coat of paint that makes a house feel more [yours].  maybe it's the covering of the old layer, or maybe it's the fact that it's a decision you made about the house, but our new [blue] kitchen made us feel more at home.

new flooring will probably make it seem like our home too... but that's later down the road. 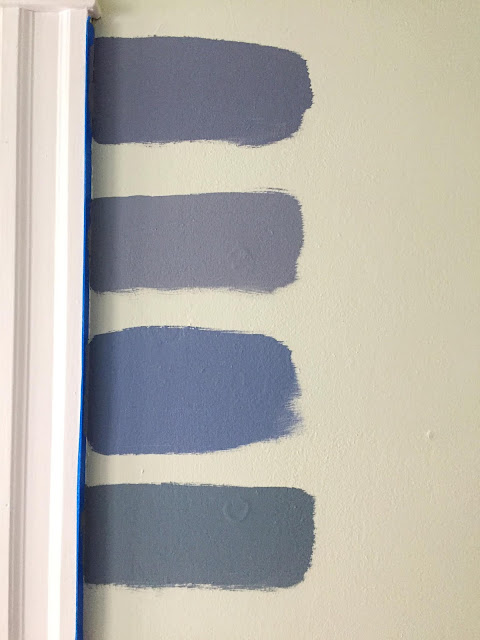 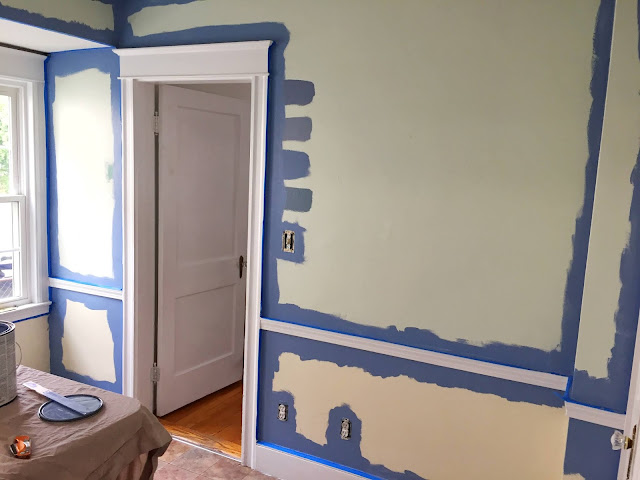 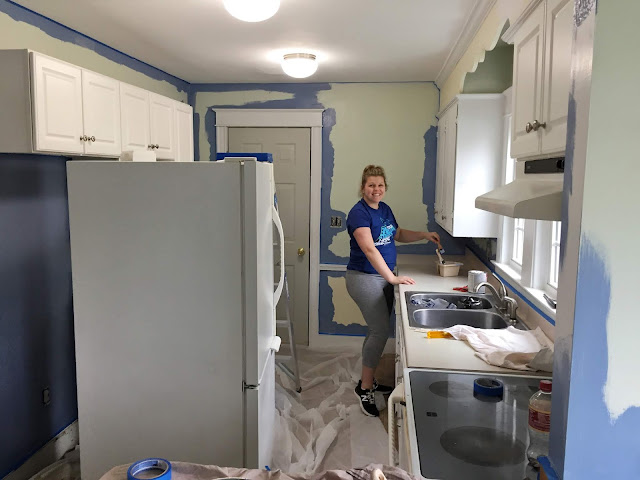 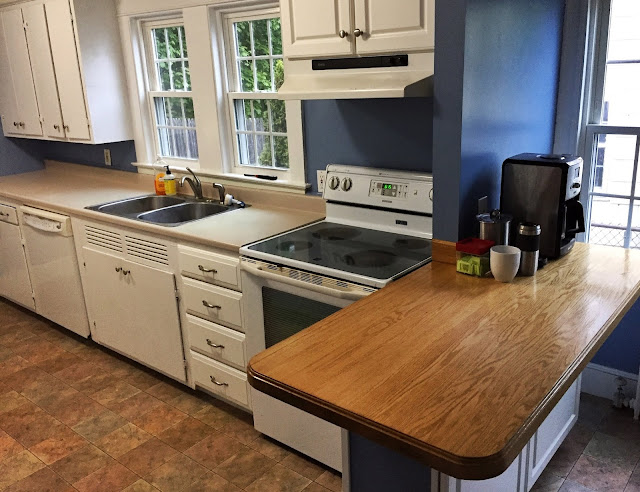 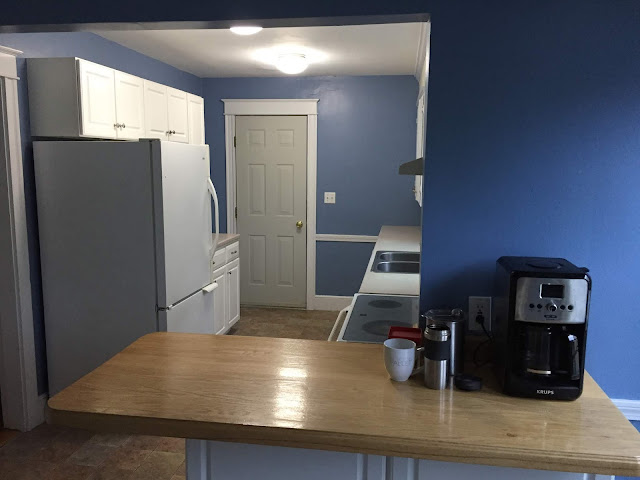 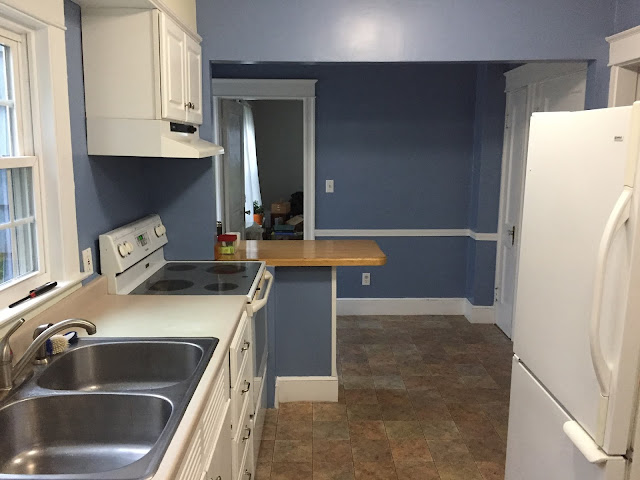 a [southern] fourth of july

not exactly [southern] so much, but south portland.


this fouth of july found us enjoying our new neighborhood of south portland.  there's a wonderful little green space nearby our house called bug light park.  not only does is house my favorite lighthouse in the area, the breakwater lighthouse, also known as [bug light] due to it's small size, but the area has a beautiful panoramic view of downtown portland.  my wife and i spent a couple hours there, during our one day holiday break, enjoying the summer sun, ocean breeze and free smores.  since we both had to work the following day we were unable to stick around into the night to watch the fireworks, but after a busy few weeks of packing, moving and unpacking, it was a treat to simply have a few hours to do nothing but sit in a park. 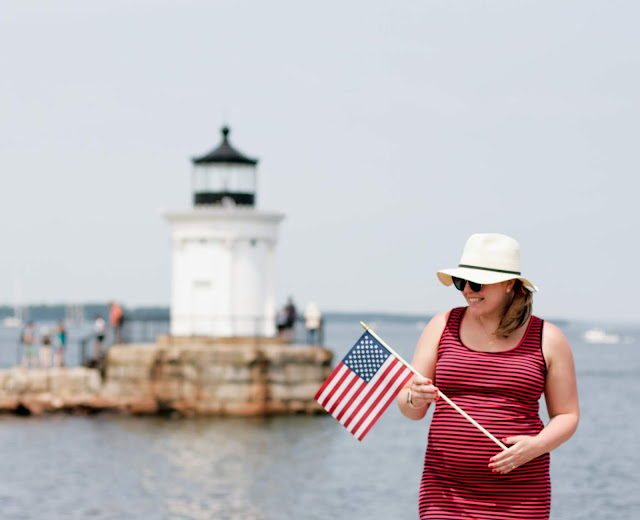 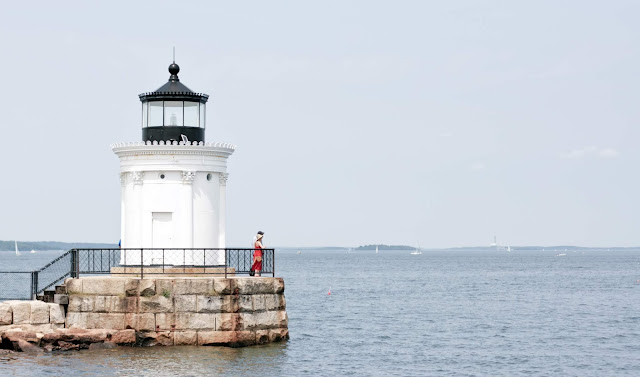 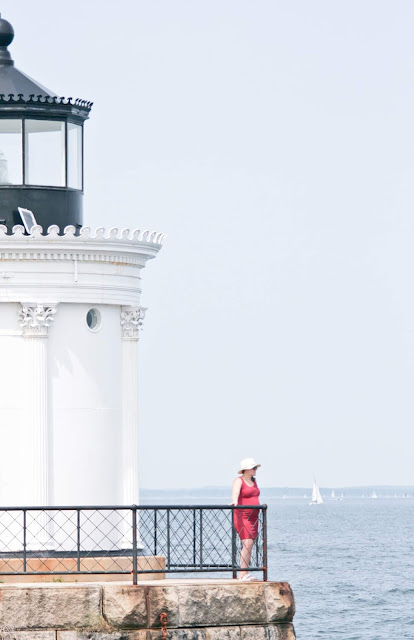 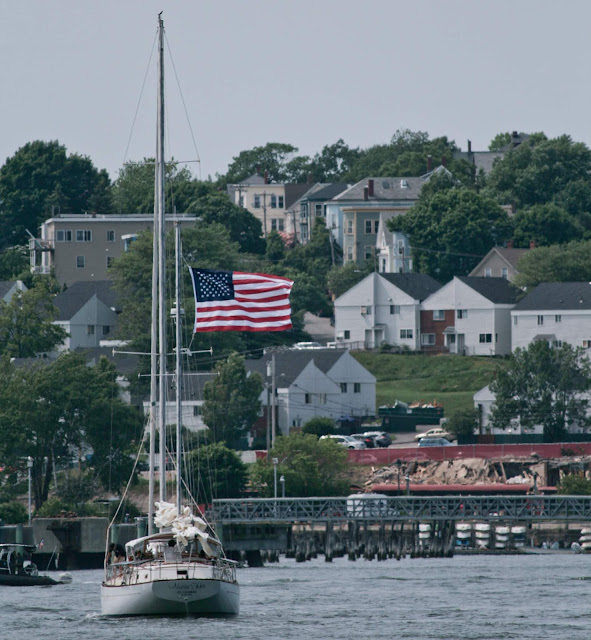 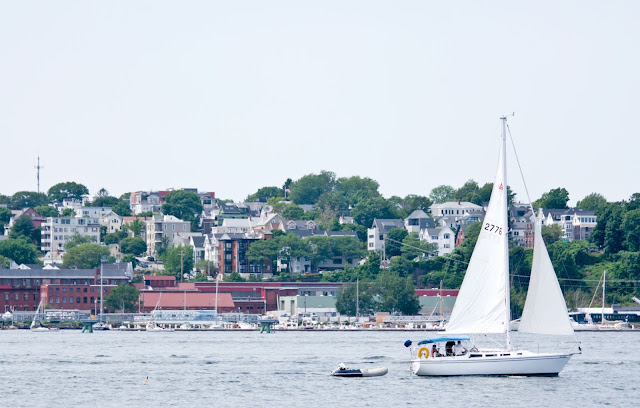 in what felt like some cruel version of goldilocks and the three bears, my wife and i finally found a house perfect for us.

it only took 14 months but finally everything came together.  we found a house that had everything i wanted, like newer windows, gutters, a solid roof, dry basement, grade that slopes away from the house and within the budget; plus everything my wife wanted in a house, such as character, coziness, sunlight filled rooms, hardwood floors and a cute new england feel.  as a bonus, it also happened to be in a location we really loved.

as frustrating as the house search was, the actual closing went completely smooth.  the previous owners were amazingly sweet.  they had an inspection report completed on the house prior to us looking at it and there were zero bidding wars with other parties; a situation that had put a sour taste in my mouth on other houses we had put offers on.  the previous owners had raised a family in the house the last 21 yeard and were now looking to downsize. after chatting with them at the closing, we got the feeling they were happy to pass it onto a new and growing family.

the 30 days following our offer being accepted were a blur.  a hazy mix of phone calls, emails, questions, paperwork and packing; quickly followed by a busy few days of moving. our only hiccup during the move was the point where the movers informed us, we were “over inventory.”  a situation i really didn’t understand.  how can you be "over inventory" on your stuff?  our amount of stuff was just our amount of stuff! what, were we a car dealer that had a bad holiday weekend moving cars and now had to offer discount prices because we were "over inventory!" none the less, with a little help from friends we got everything moved.

later that day, when the movers had left and our friends had gone home, it was a surreal feeling to walk around the cardboard box filled rooms of our “new” house.  it was our house, but yet...it wasn’t our house.  not only did we need all our items to be unpacked, slowly filling up the house, we also need “time” to happen; the actual passing of time. we need time to unfold and slowly cover every corner of the house.

why? because time creates memories....and memories magically change a house, into a home….

that and the long list of house projects we now have to tackle. 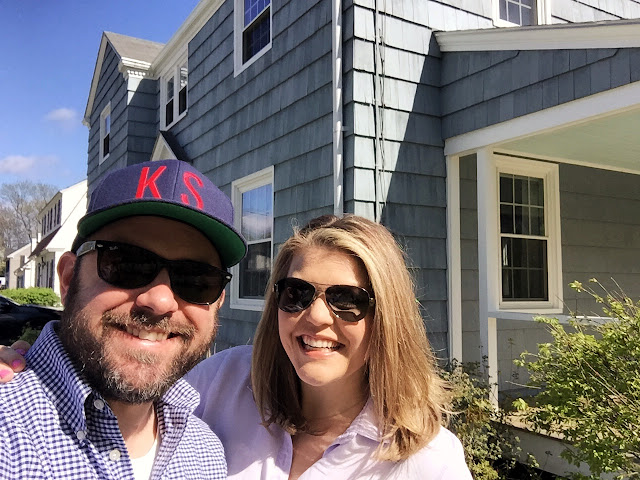 i'm a fun of duck architecture.

if you're not familiar with the term "duck" architecture, it's basically any building that takes on the form of it's actual use.  a business that sells ice cream cones from a building that looks like an ice cream cone is an example of "duck" architecture. the term came about from two architects, robert venturi and denise scott brown, referencing a building in long island that sold ducks and duck eggs that was shaped like, you guessed it, a big duck. 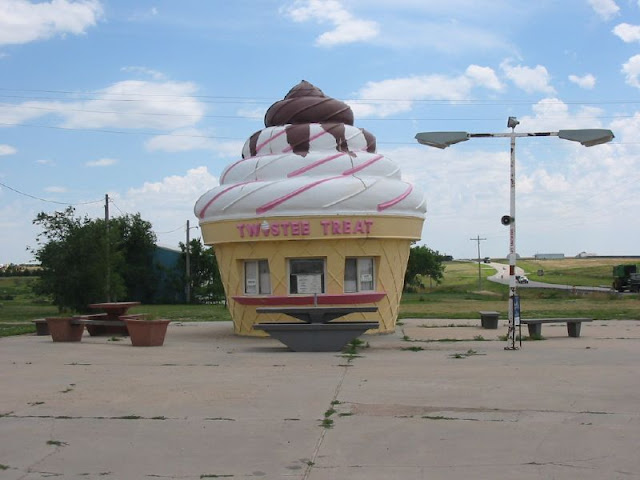 for those of you who are curious, there is an opposite to "duck" architecture which is a "decorated shed;" a term for any generic building covered with sign on it, so you know what it's function is.  this is actually most of the buildings you see in the world.

to me, that's why "duck" buildings are so entertaining; you don't see them a whole lot.  which is why if you're traveling in the car with me, and i spot a duck, we will for sure be turning around and stopping to take pictures of it.

now imagine my surprise when i found out there was a classic duck building not too far from portland.  it was a building that sold cheese, shaped like a giant wheel of cheese!

a company called "the cheese house" built several cheesy buildings in the new england area in the 1960's.  some have been bulldozed, some added onto, some remolded beyond recognition, but the one in wells, maine is still in pretty good shape, though it's now called "the cheese shop."

needles to say, on a recent trip back from boston, i pulled off the interstate, and made my wife take a 30 minute detour with me, to see a giant wheel of cheese.

now i'm not saying "the cheese shop" in wells, maine should be on anyone's architectural bucket list, but it is a building that will put a smile on your face...


which actually seems like a pretty good goal for any architect to have. 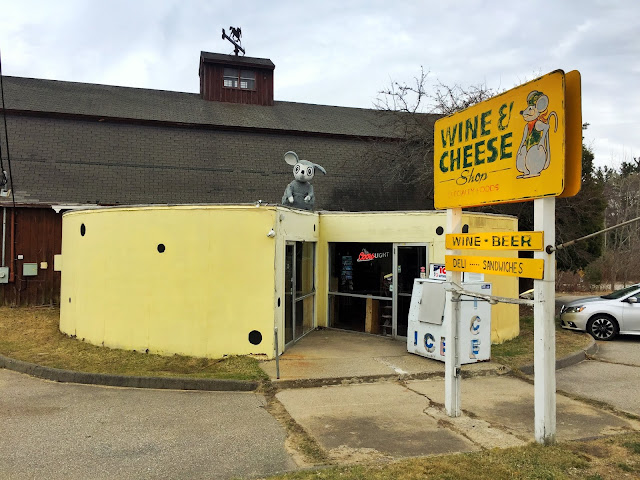 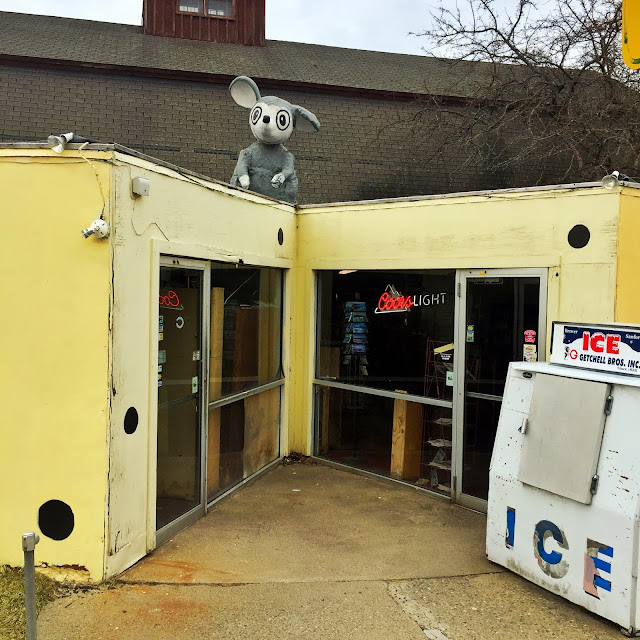 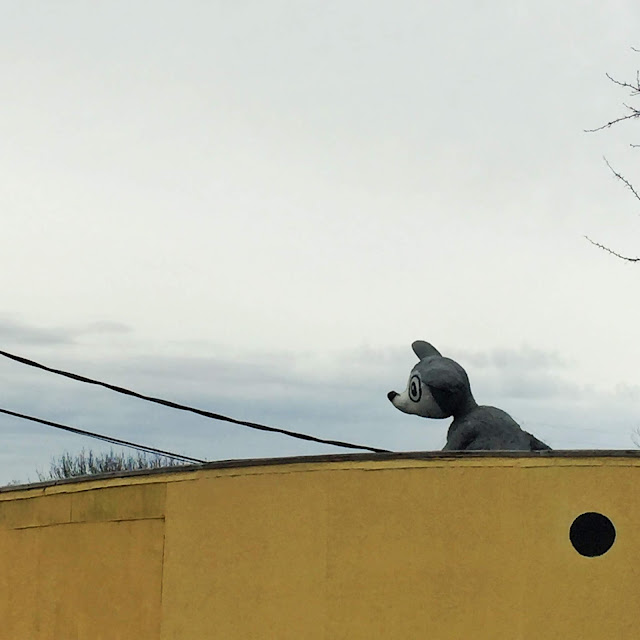 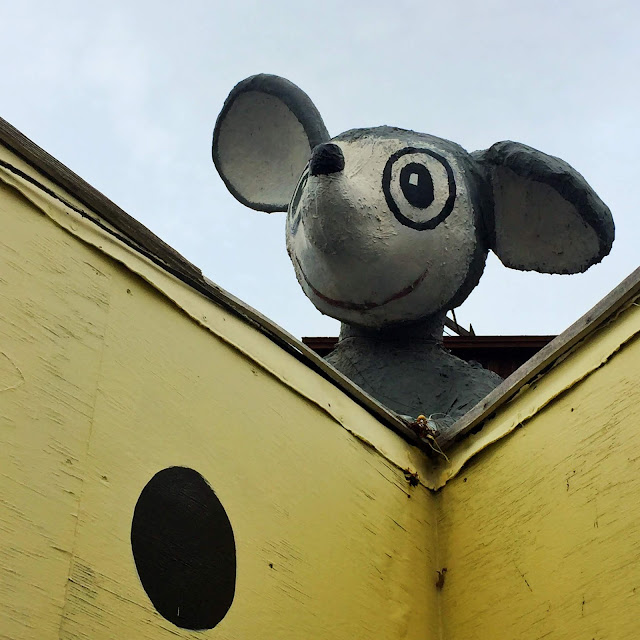