new york has this phenomenon called [manhattanhenge].  it's the time of the year when the setting sun perfectly aligns with the the grids of manhattan, allowing the sunset to be seen perfectly in between the skyscrapers.  for new yorkers this happens twice a year, may 31st and july 12th and produces some very cool shots of the city.

wanting to try and capture [wichitahenge], i realized first i'd have to figure out when exactly the setting sun aligned with the direction of the our street grid. embarrassingly, it took longer than it should have to realize our grid runs perfectly east and west which means the sun should align on the equinoxes, march 21 and september 22, exactly  like it's namesake [stonehenge].  it's manhattan's slightly skewed grid system that gives them two unique dates.

i looked up the time of the sunset and searched out downtown wichita's most "canyon-like" street.  there weren't the hoards of people you'd find in manhattan, but to my surprise there were a couple other people taking pictures.  once i found my spot i waited for the shot.  i've never watched the sunset downtown but was really surprised how fast it happens.  having it framed between two buildings and a pedestrian bridge puts a new perspective on it.  dodging a few cars, i was able to get a shot looking due west at the sun set.

i don't know if [wichitahenge] will ever be as big a [manhattanhenge] but if you're curious, no need to search the internet and find when it happens, our east and west streets makes it pretty simple. 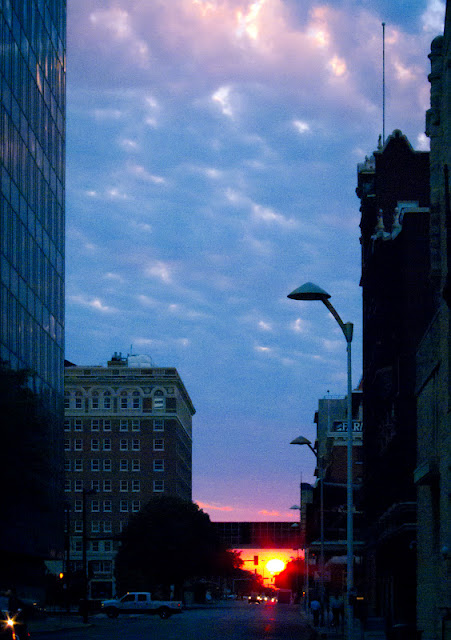 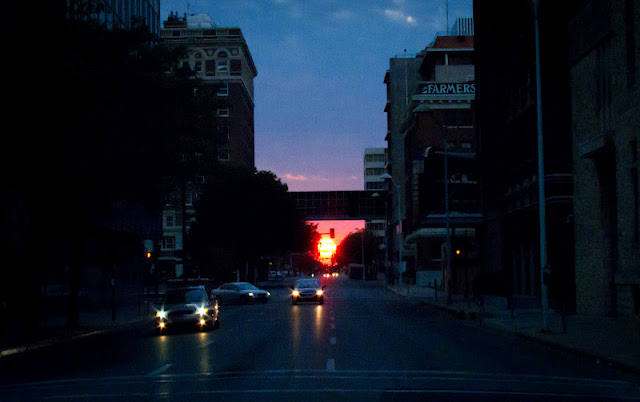 wednesday's have become my favorite day of the week.

a little over a year ago one of our friends suggested we find a trivia night.  searching the internet we found a great little dive bar which hosts a trivia game every wednesday.  it was only a dollar to play, and with the special being two dollar beers we decided to try it out.

we discovered quickly our group had infiltrated a bar full of teams who knew each other rather well.  that night, and the weeks that followed, found our team getting "slammed" often.  a feature in the game where a team can force another team to answer a question, ideally one you they won't know.  being the youngest team by a decade, any question dealing with topics prior to 1985 would usually be "slammed" our direction.  we did stick with it however, and have attended almost every week since.  eventually the other teams started to realize what topics were in our [wheelhouse], and the "slamming" lessened.

fast forward 60 some weeks later and i  believe we can officially be considered regulars now; knowing the bartenders by name, and the weakness of the other teams.  on occasion the host will even cater a few questions to us, featuring a [pop music] category instead of the seemingly standard [seventies rock].

although we've lost a few of the original team members over the past year, we've added several as well.  you'd think this would have changed the knowledge base of our team, but it still seems to solidly rooted in 90's and 2000's pop culture, with sports and science not far behind.  our team also changes weekly depending on who can make it.  we've held our own as a booth of four, and have annoyed other teams with upwards of 12 people crowded around a table.  naturally a little bickering always breaks out, but they enjoyment wednesday night trivia holds far exceeds any arguments that happen.  if you ever find yourself bored on a wednesday night, hit us up, as we're always happy to have more people, especially if you're knowledgeable in literature...or anything from the 1970's. 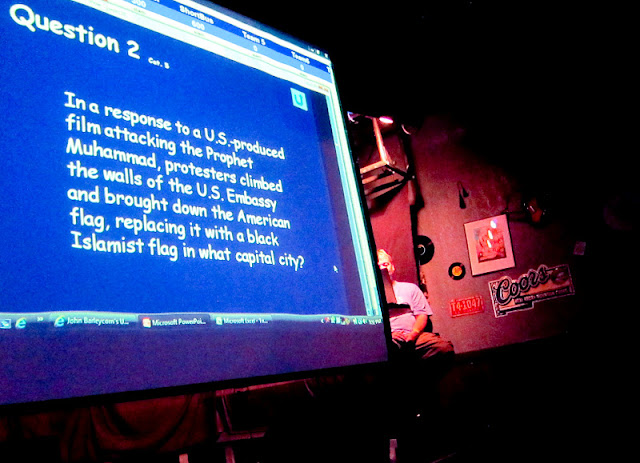 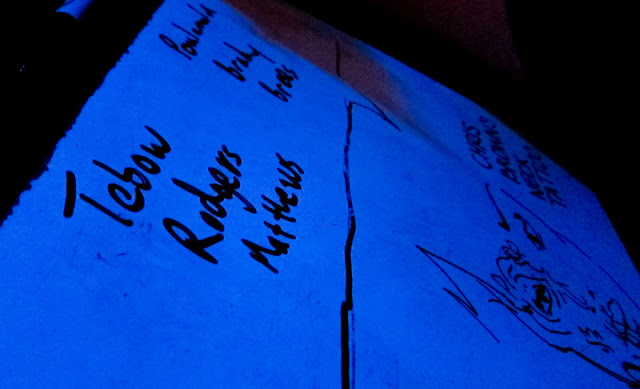 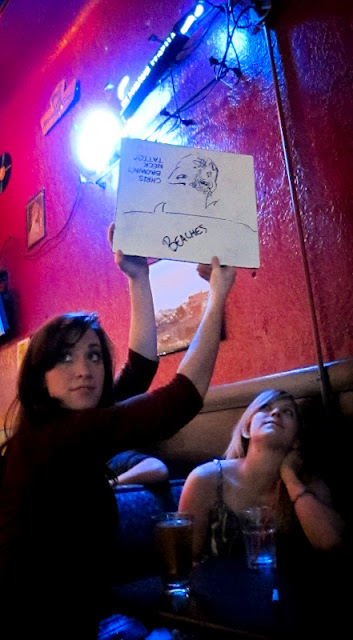 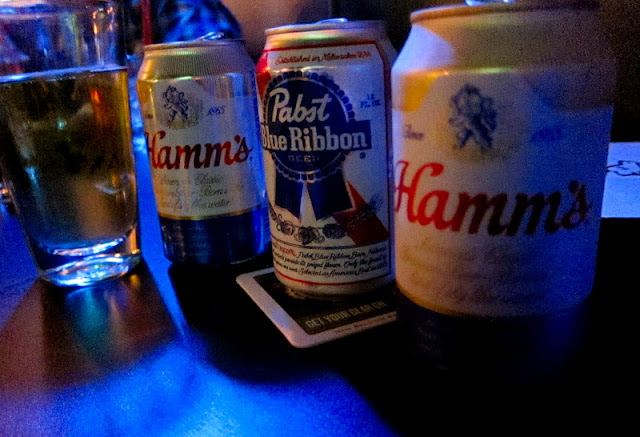 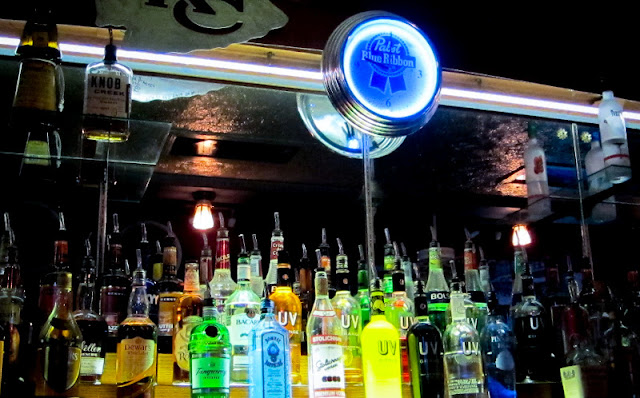 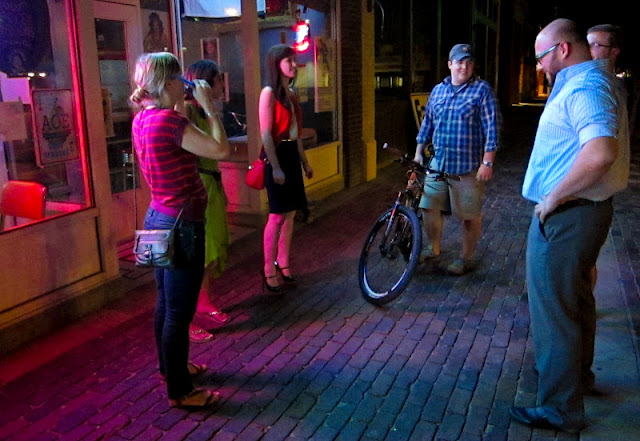