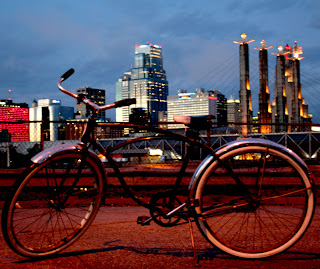 since starting my new, temporary, construction job, i really haven't ventured far off the site. for one, after working with actual physical materials, instead of poly lines on a screen, i find myself so tired that a good nights sleep looks far better then any activity that might require any addition energy. it's also been so rainy here, i haven't felt much like taking a wet urban hike to explore the deep downtown caverns of this place called kansas city.

however tonight was different, maybe it was the fact the rain let up just a bit, and i had just a bit of daylight left, but i had the urge to take my bike and camera out to see what i could find. i didn't get very far, as just a few blocks away is an amazing view of the city. you know, the kind of view where you can just sit and ponder life and all it's endless questions...which i did.

although i only made it a few blocks, and i didn't manage to answer any of life's questions, it was still therapeutic. there was something about getting the bike and camera out again, that made this temporary transition period, feel a little more like home.

well...sort of.
i was only sitting around for a week before a job offer found it's way into my inbox.  my wonderful friends at framework design are terribly close to finishing their first project in kansas city, and upon hearing that i was without a job, asked if i'd like to help them with the final stages of construction.  with free room and board as part of the offer, as well as a chance to get away from the normal office setting of architecture, i agreed.
after one week of working construction, i can honestly tell you that i've never been more tired, or slept so well.  i'm now on the same sleep schedule i was on when i was eight.  right about when the sun goes down, i've already got my teeth brushed and  ready for bed.  my sun burnt face and arms also prove that i've been outside more the past week, then i have in the past three years of office work.  the location of the house is in a very eclectic neighborhood, where the people are just as varied as the styles of houses that line the sidewalks.  a type of place where everyone is respected and encouraged to do their own thing, which, in a weird sort of ,ironic way, seems to bring everyone together and really form a sense of community.
this will only be a short employment, as framework design plans to have the house completed by mid may.  after that who knows.  i do believe though, that the lessons i'm learning here, both professionally and personally, will be beneficial in the future......whatever it may be. 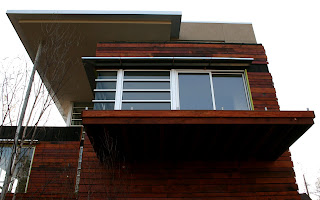 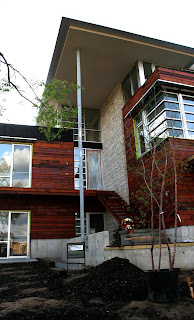 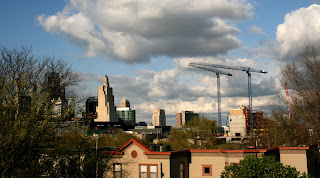 into the wild [recession] 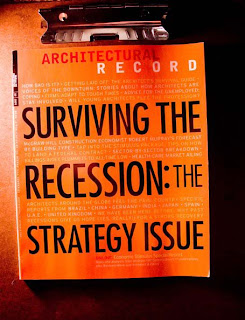 only my life could be this ironic...to be laid off on april fools day.

it wasn't a complete shock. for months now, there had been a noticeable lack of projects coming through the door. it wasn't until recently, however, a feeling was floating around the office that change was going to happen soon.

last wednesday, april 1st, i was called into the conference room, to meet with my boss. he informed me that the firm was going to be cut in half. for various reasons, i ended up being on the layoff side of the half.

(i'll be honest, for a split second i thought this was just one epic april fools joke, but knew that it was true.)

the next few hours were spent cleaning up my desk, and collecting any work that might aid in the pursuit of a new job. to be honest, in this economic climate, i'm scared about finding another job. talking with my friends in the architectural community, i'm well aware the situation is bad everywhere. i have no idea what the future holds...

...and maybe it's that, the fact that i don't know what the future holds, that in a weird way intrigues me. for every part of me that's scared, there's a part of me that's excited, excited for the possibilities! i have no idea where i could be in 3 months. it might be because i'm in the middle of reading "on the road" but i have a sort of kerouac-ying feeling about the whole thing. the kind of feeling of not knowing where you many end up or who you might meet next. i could end up on a beach in hawaii, or in the corner room of my parents basement......preferably hawaii, but who knows. all i do know is in this life, there are people who have experienced far worse, and have survived. i have nothing to be worried about.