how to [make] friends and [meet] people

in life, there are times you're thrown into social situations where you know absolutely no one.  these situations can last anywhere from a few minutes to a few months.  i recently moved to a completely new part of the country; and besides my fiancee, didn't know a single person.

situations like this can be good for ones soul. it helps you get back to the root of your personality. it's almost like being on a deserted island. no longer do you have the ease of going to your local market to pick up food or open your fridge for a drink, you've got to rely on your instincts to catch your meal. in moving to a new town, the food you have to fight for are new friends. you have to rely on your instincts to meet new people.  skills that may be rusty if you've lived in the same place for a while.  alone in this friendless world you really have to answer the question, "do i have friends because i'm interesting, or am i interesting because of my friends?'

i've spent the last two months asking that question as i've tried to meet people here in portland, and i wanted to share a few tips i've discovered, in case any of you find yourself in the same situation. 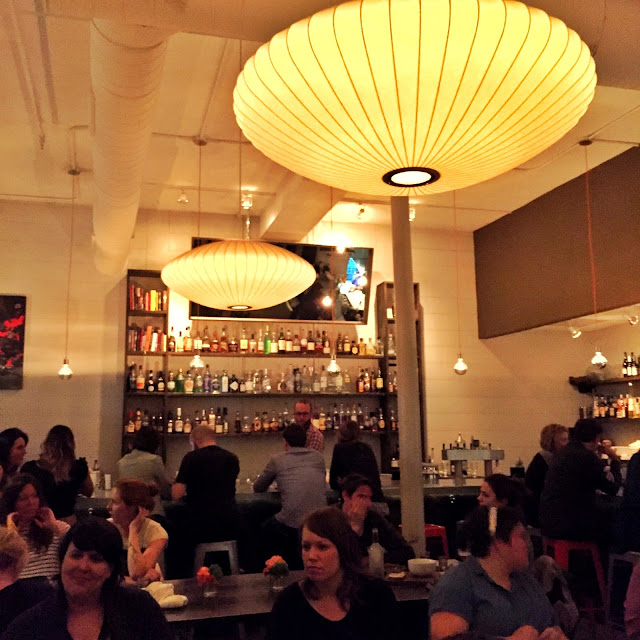 my guide to making friends and meeting people

the only people who want to be friends with a creepy guy are other creepy guys.  lots of people fail at this. as a short, stocky, balding and bearded man, i have to work extra hard to not be creepy.  thankfully my wonderful and beautiful fiancee balances me out. however when i'm alone i've learned if you dress nice and iron your shirt it helps a little.  also smile, but not too much....that's creepy. also smell nice. creepy guys smell bad, so spend some money and get a good cologne, not axe body spray.

2. get off your phone

being on your phone usually means your texting or chatting with friends, and you have none, so stay off your phone.  don't play games on your phone either.  no one's going to want to talk to a middle aged man they see playing candy crush...that's creepy. see rule number one.

3. wear one piece of interesting clothing

it gives a stranger something to comment on, such as "nice shoes" or "where did you get that hat?"  I prefer wearing interesting socks, showing just a hint of interesting-ness.  don't overdo it though.  too much interesting clothing can make you look creepy.  rule number one.

4. hang by the trash can

if you're hanging out at a large event and it happens to be catered, everyone has to eventually throw something away.  hanging near, but not too near the trash can, allows people to come to you, creating the possibility of interaction.  the same could be said about hanging near the restroom but....rule number one.

5. carry a moleskin or other type of sketch book

i'm an architect and i've learned that carrying a moleskine makes you look "artsy." it can also show you have a softer, more sentimental side.  however make sure you actually have something drawn or written in it because there's a fine line between "artsy" and rule number one.

find out where the locals go and drink there.  don't go to tourist traps. the only people that hang out at touristy places are tourists.  it might be easy pickings for interaction but you re not going to meet anyone to have a beer with in three weeks when your down and need to chat.  also, depending on how much of a dive it is, there's a good chance you'll be the least creepy guy in the bar.

7. talk to the bartender

in the digital world we live in bartenders are the cities own personified wikipedia page. they know about everyone and everything going on in town which is basically everything you don't know. don't worry about asking for suggestions on what to do, hey've already summed you up and will steer you in the right direction.  little tip, ask them where they drink. bartenders always drink at cooler places than where they work.  chances are they'll tell you about a cooler bar than the applebees you're currently drinking at.

if you do actually meet someone and strike up a conversation, as as quickly as possible, tell them you're new in town.  people love telling you where they think is cool, what stores to go to, where to eat and other places to hang out.  also if they're picking up any scent of creepy, telling them you are new in town gives you a bit of a bye,  they'll just assume the place you came from was creepy.

if you happen to meet someone or a group of someones, don't be afraid to buy a round. buying a round is a quick way for someone to like you...or at the very least, keep talking to you. however i would suggest only buying one round.  you don't want to look too much like the guy trying to get everyone drunk.  rule number one.
10. don't connect socially...just yet
as hard as it is, after you've talked with someone and hit it off, don't ask if they're on instagram or twitter.  it reeks of desperation and could potentially scare off a new friend.  what until you hang out with them for a second or third time.   besides, do you really want to know what some stranger you met one night thought of his street tacos next week when it pops up on you feed? the answer is no.  also, don't take a "selfie" with anyone you've known for less than 6 hours.  that's just creepy, and by now we should all know rule number one.
i'll let you know how it goes....
Posted by ercwttmn at 4/27/2016 08:59:00 PM 2 comments: Links to this post