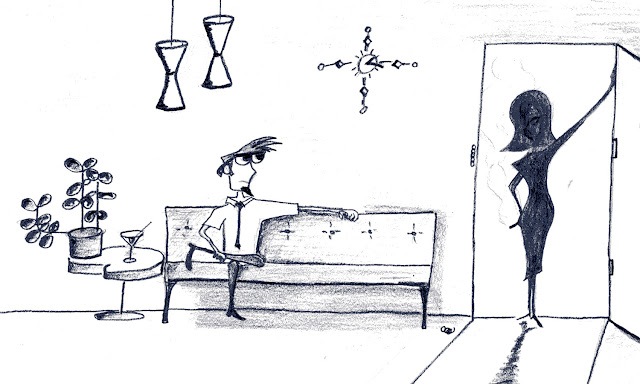 last week, as i was cleaning my apartment, i found a piece of paper i had written a list on several years ago.  the list was that of [dealbreakers] when it came to dating women.  if you happen to be unfamiliar with the term [dealbreaker] it's a trait or characteristic about someone, that upon finding out, makes you no longer interested.  although the list was written somewhat in jest, i thought it would be entertaining to share a few [dealbreakers] i had written down.

like i said, the list was written to be funny, but there was a little truth behind everything on the list.  reading back over on what a younger version of me had written down, got me thinking.  granted, i'm not that much older or wiser than i was when i wrote the list, i can tell you, i don't necessarily have the same view on [dealbreakers] i had back then.

in a way, focusing on [dealbreakers] is very negative.  constantly being on the look out for bad traits might distract you from finding out something quite wonderful about a person.  it also seems a little odd to consider everyone out there a match, until they loose enough points to make them [un-dateable].  however maybe when you're in your twenties, while you're still finding out about yourself, it is best to assume you can date anyone.  how else are you to learn what you are and are not attracted to.

over the years, what i've found myself attracted to has changed quite a bit.  to be honest, at 18, i was attracted to any blond who looked good in a bikini.  luckily my twenties found me broadening my scope, refining characteristics and becoming far less shallow.  there are a hundred little traits women can possess that are wondeful in my opinion, but there are four main qualities i find myself attracted to.

quite a different list than a had a few years back. it's far less negative and allows you to be surprised by someone you may have dismissed.  if a woman has the above mentioned qualities, there might just be a red-headed, tongue pierced, trash talking,  mom jean wearing, country music fan out there who would be perfect for me.  however, if she's addicted to meth or loves to dress their pomeranian up in little tuxedo's, i might still be hesitant, as both seem pretty "cray-cray" in my mind,  but who's to say.

so the question i'll ask to the void of the internet, or anyone who might read this post is this.  should a person have [dealbreakers] or not?  are there qualities, traits, and habits you're allowed to dislike, or is it best to be open to anything?
Posted by ercwttmn at 7/29/2012 11:51:00 PM No comments: Links to this post

living on the [wedge] 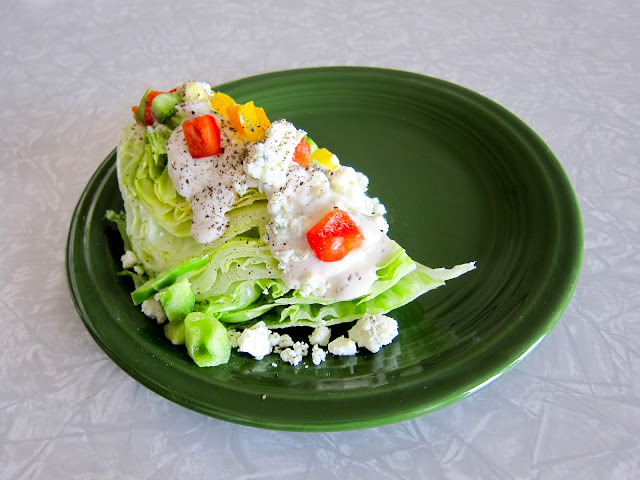 last week i joined my friends for dinner at one of our favorite local restaurants.  looking through the menu we noticed several new items many of us decided to try out.  along with the entrees i noticed a new side dish called a wedge salad.  not thinking much of it, i ordered one.  when my meal came out i was surprised to find a very symmetrical salad starring back at me.  i had no idea how to eat eat it, so i picked up my knife and fork and preceded to indulge into this intriguing iceberg item like a steak.  not only did it have an interesting shape, but it kept everything nice and neat and away from my cuban chicken sandwich. a feature a very much enjoyed.  needless to say, i was immediately smitten with this salad.

the next day, i made a joke referencing the salad on twitter saying,

"i like to pretend i'm a cultured, well traveled person, but its obvious i'm not, as last night i believe i ate my very first ever wedge salad"

little did i know of the can of worms i had just opened.  the responses and information that followed were not only entertaining, but extremely educational.


first i learned the wedge salad is nothing new.  it turns out this type of salad was actually extremely popular in the 50's and 60's in most restaurants.  naturally, this escalated my already high feelings for this food.  next i discovered the decline of the wedge salad came about during the 70's and 80's as people discovered more exotic types of lettuce such as romaine, leaf, boston and bibb, making iceberg look boring.  the lettuce for the "unrefined".  not surprisingly, the decline of iceberg lettuce seems to be inversely proportional with the rise of the "yuppie".  not only did the wedge salad loose popularity during this time, but i also discovered a large amount of "wedge" haters on the interwebs. several blogs are devoted to dishing on this dish, solely blaming it for the decline of american cuisine.  although i think they're being a bit dramatic, i can see how its modest ingredients might anger a few.  remember however, this was the 50's, a much different time than we live in now.  a time before trader joes or whole foods, when the availability of fresh produce to any location in america was a miracle in itself.  just like the classic meatloaf, its simplicity is what scares a lot of people, but simple is not a bad thing, so quite hating...hating is bad.

lastly, i learned the wedge salad was making a comeback, even to the point of being considered "trendy". however just like it's decline, its sudden rise in popularity makes sense.  we're still coming out of a terrible recession, a time finding people rediscovering talents and simpler practices our grandparents knew by heart. ideas our baby-boomer parents kicked to the curb with the promise of mass consumerism. activities such as home gardening, canning, couponing, thrift store shopping, cooking from scratch, knitting, up-cycling, and "do-it-yourself" projects.  things considered by many to be "lowbrow" just a few decades ago, now are popular.  the classic iceberg wedge salad, once considered unrefined, now is the leafy mascot of the recession.

just like everything else in this world, that which is old becomes new again.  if you wait long enough everything comes back into fashion.  well....maybe not my "mc hammer" pants, but who knows.