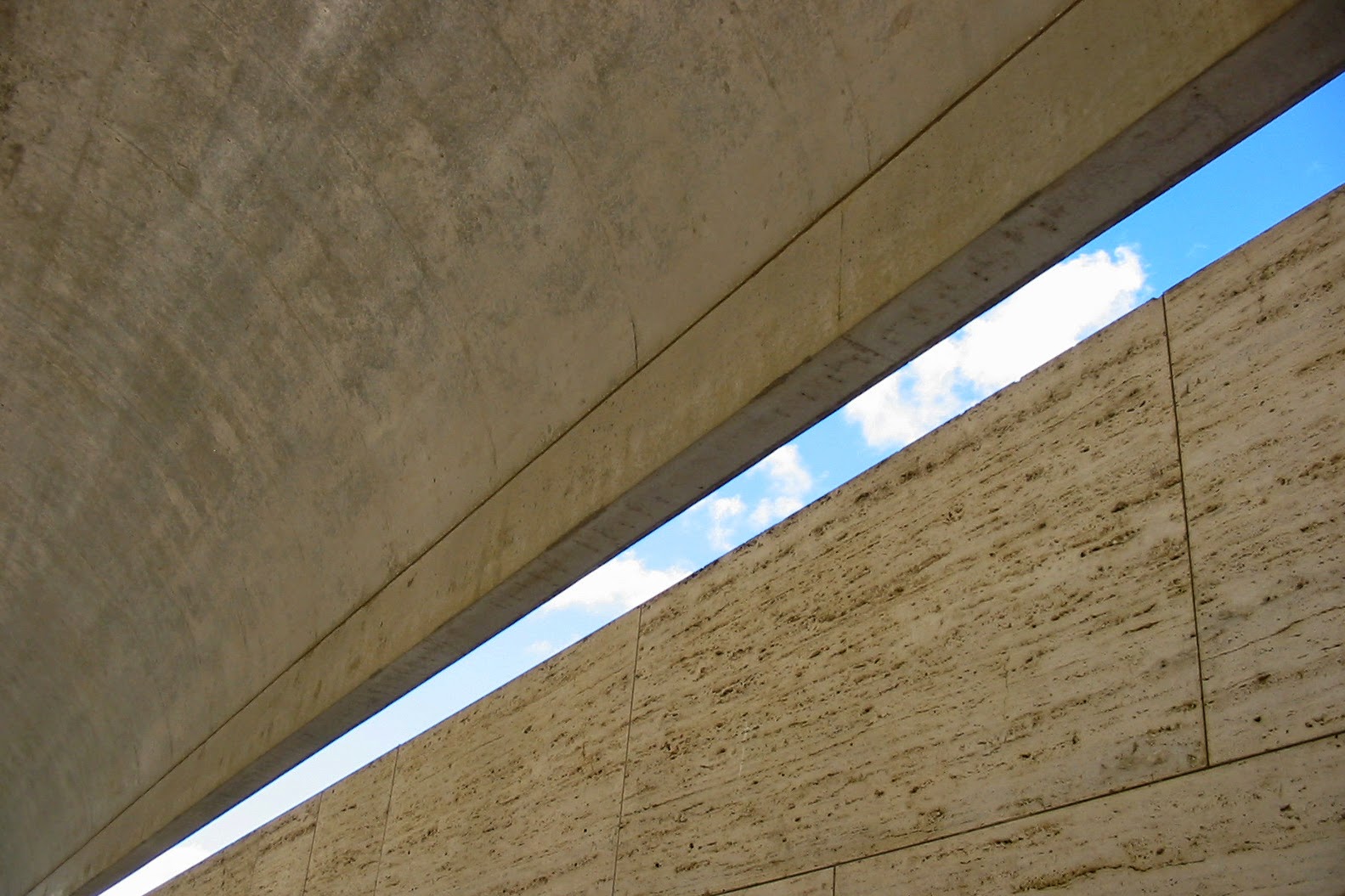 as architects, its only natural we have many places we admire, so much so, that to narrow it down and call one a favorite is a bit of a challenge.  to make it easier, i've decided to write about my first favorite place, the kimbell art museum by louis kahn.

i realize that to say a building which is regarded as one of the most impressive works of architecture in modern times seems a bit of a cop-out, but to me this building houses so much more than impressive light washed spaces and priceless works of art; it houses some of my best memories.

after spending three years in college and not accomplishing much, i found my love; architecture.  i was opened up to a world of history and design i had never known and i loved every minute of it.  one of our first assignments was to learn the different spatial organizations buildings could have.  as elementary as this sounds, i remember being blown away at looking at buildings like this.  along with our basic history classes, i remember learning about building orientation, day lighting and sectional value.  all simple concepts, but very new to a second year student.

during that year, a few classmates and i, decided to take a long and quick road trip to dallas to visit a few buildings we had studied, one of them being the kimbell.

i remember stepping in the entrance and being in total awe. it was the first time i had been in a building i had studied, allowing me to see it in a whole new way.  i wanted to see the barrel vaults, i wanted to see how the texas sun was diffused into perfect museum quality light, i wanted to see how the concrete represented the structure while the travertine was used as fill in, and how they interacted with each other. hell, i even wanted to see the handrail! everything i studied was right in front of me and i took it in.  i'm not even sure if i looked at any of the art, i was too busy looking at concrete. it was the first time i had looked at a building through "architectural glasses" and it was love at first sight.

the trip we took that year created several stories retold during late studio nights over the years, but to me the best one was visiting the kimbell.  i've visited it several more times during the years, always with a sense of wonder.  which, in my opinion, is a quality any place you call your [favorite] should do. 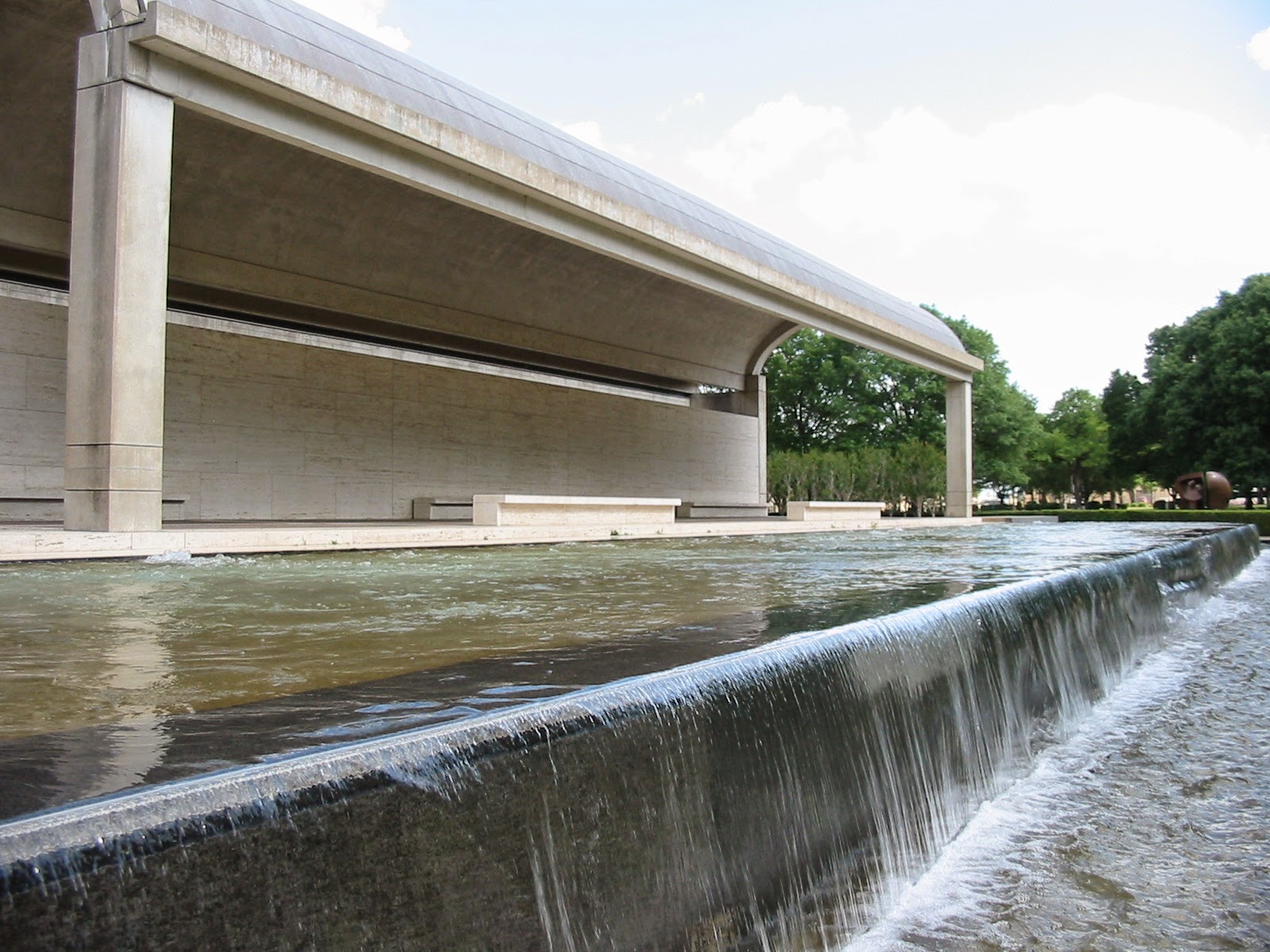 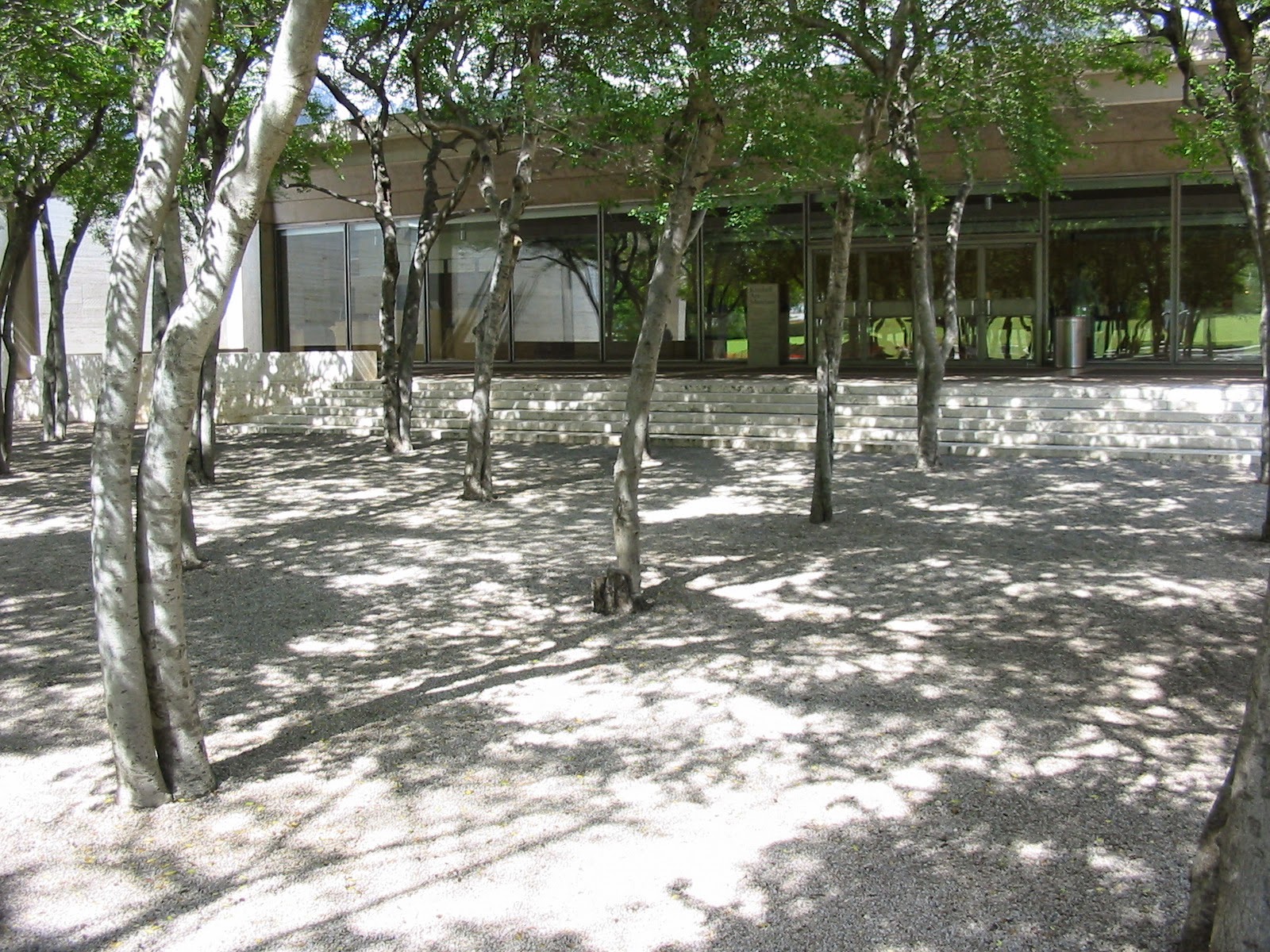 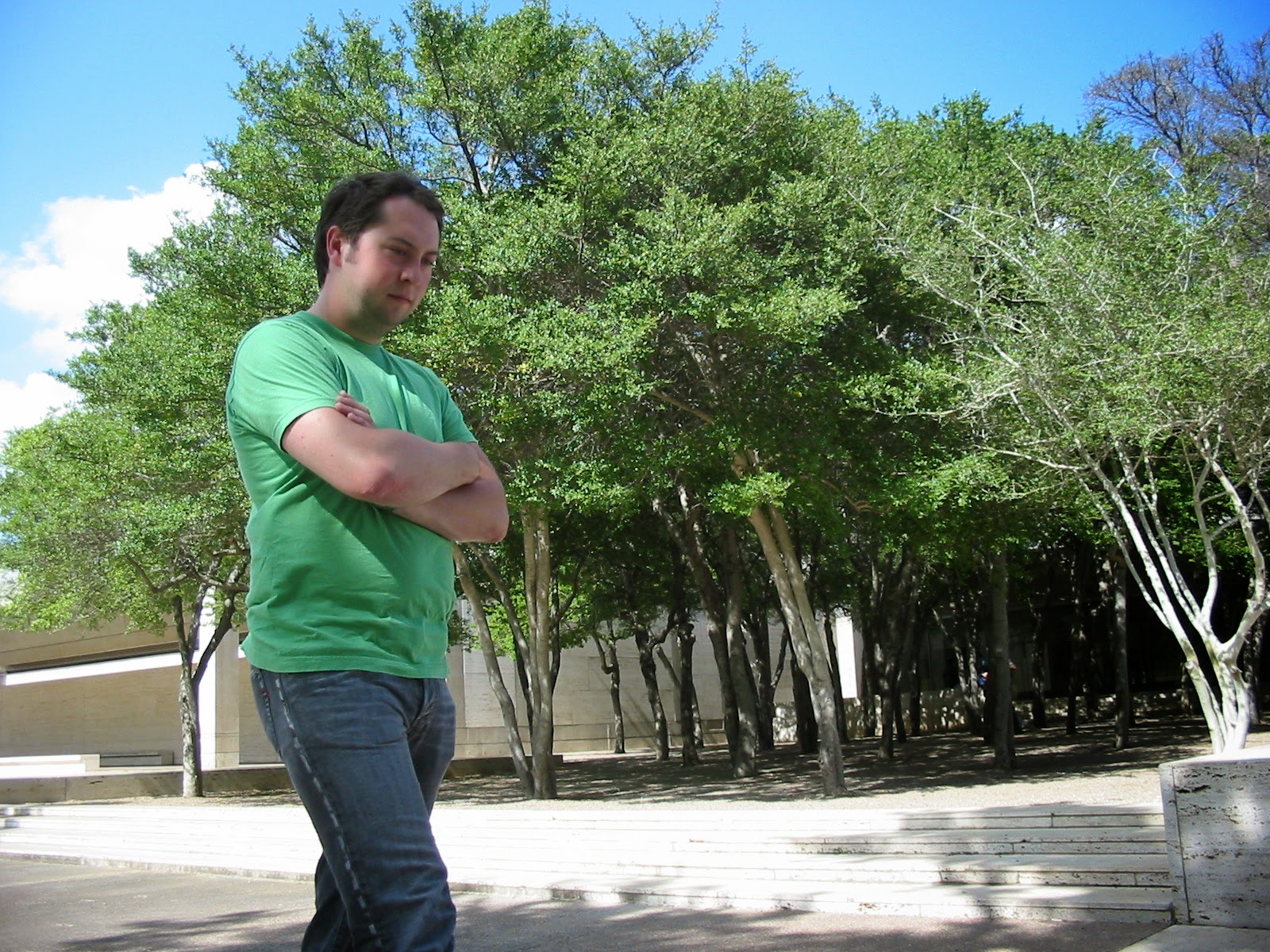 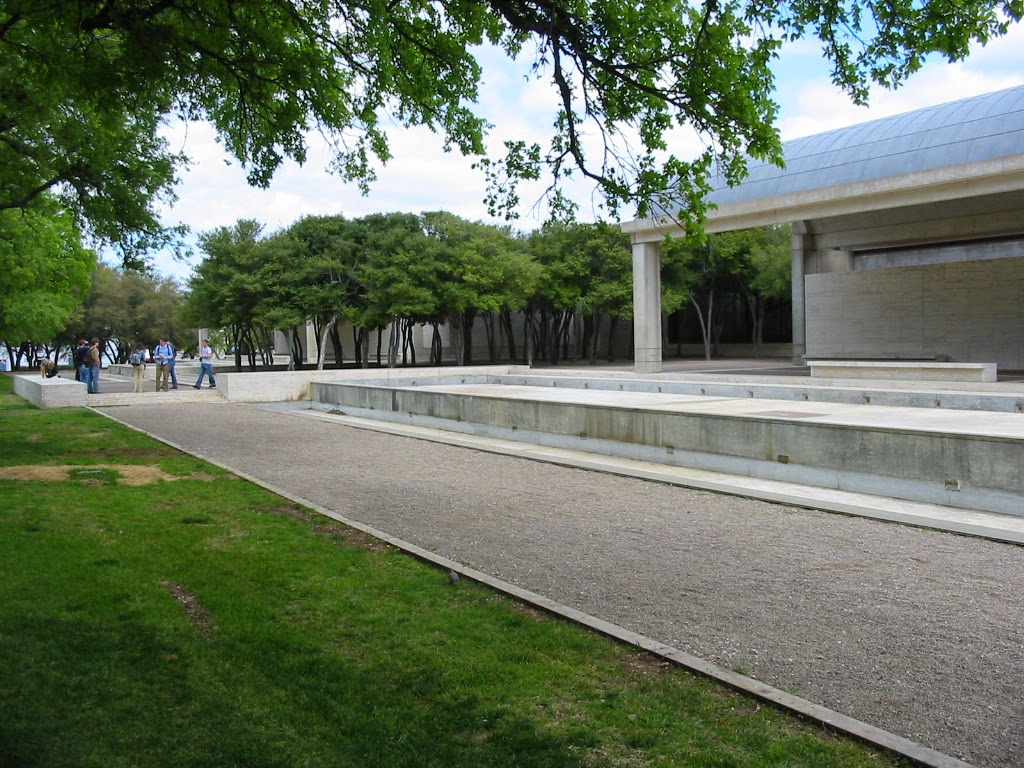 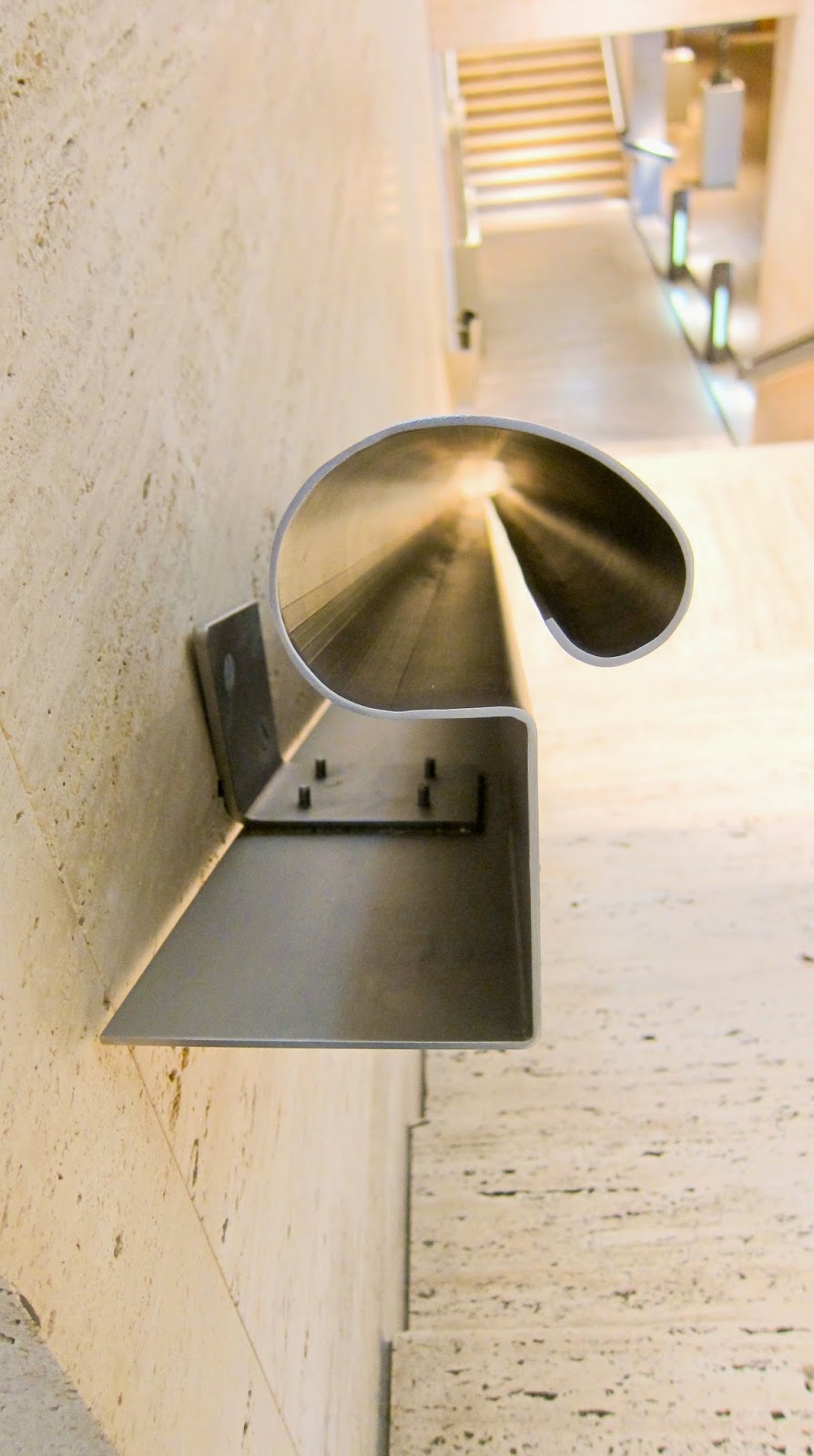 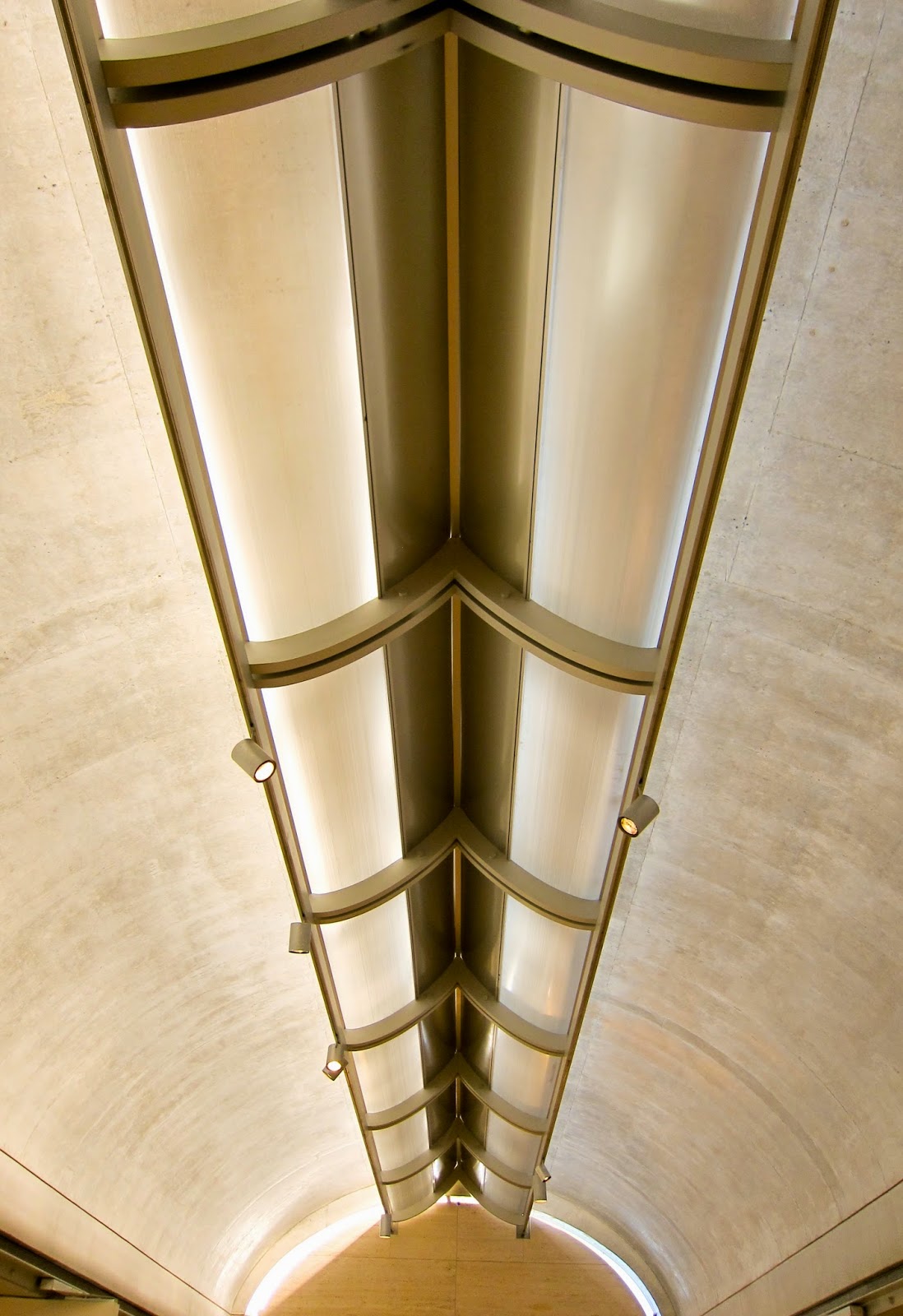 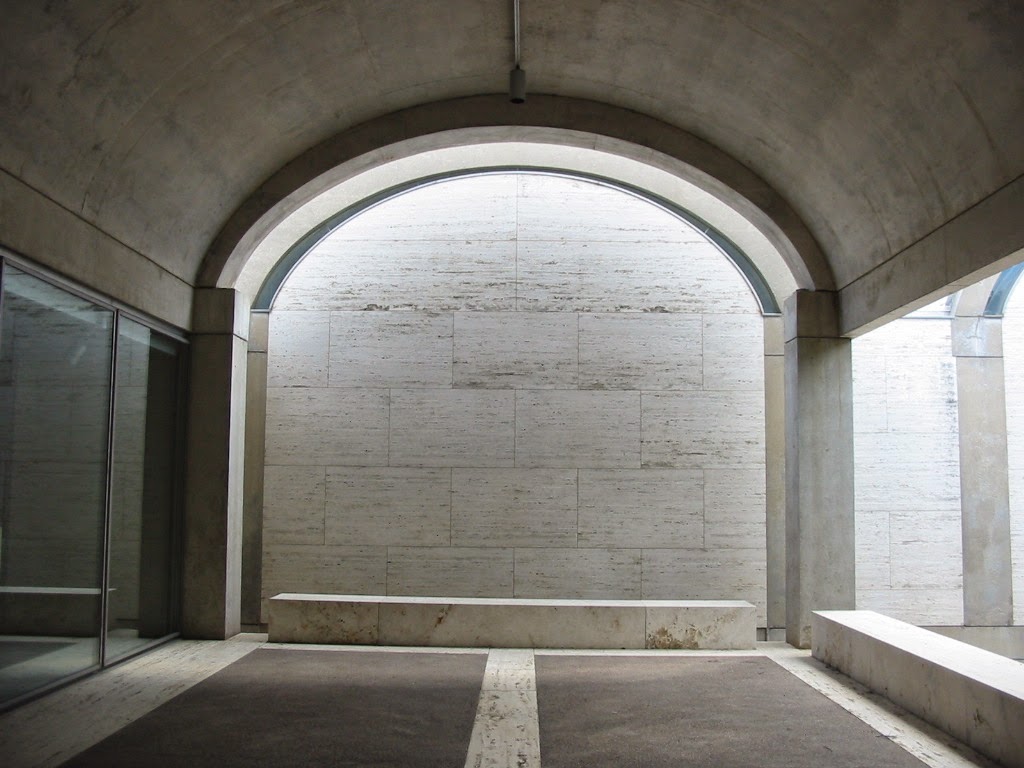 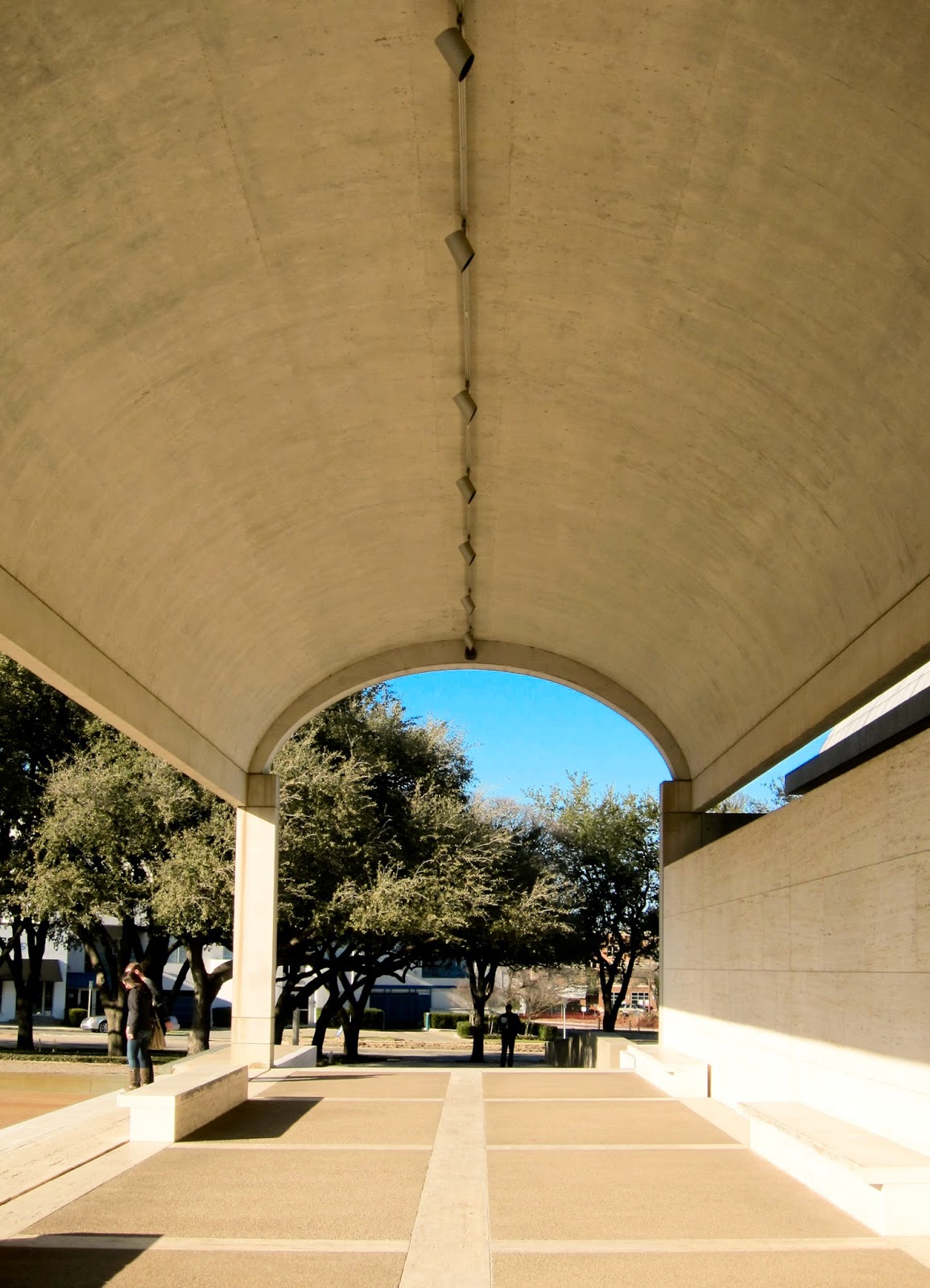 be sure to check out the other architalk blogs:


Enoch Sears - Business of Architecture
@businessofarch
Where Do You Like To Go When You Aren't Working?

Marica McKeel - Studio MM
@ArchitectMM
Do You Have a Favorite Place?

the spicy [pickle] of life 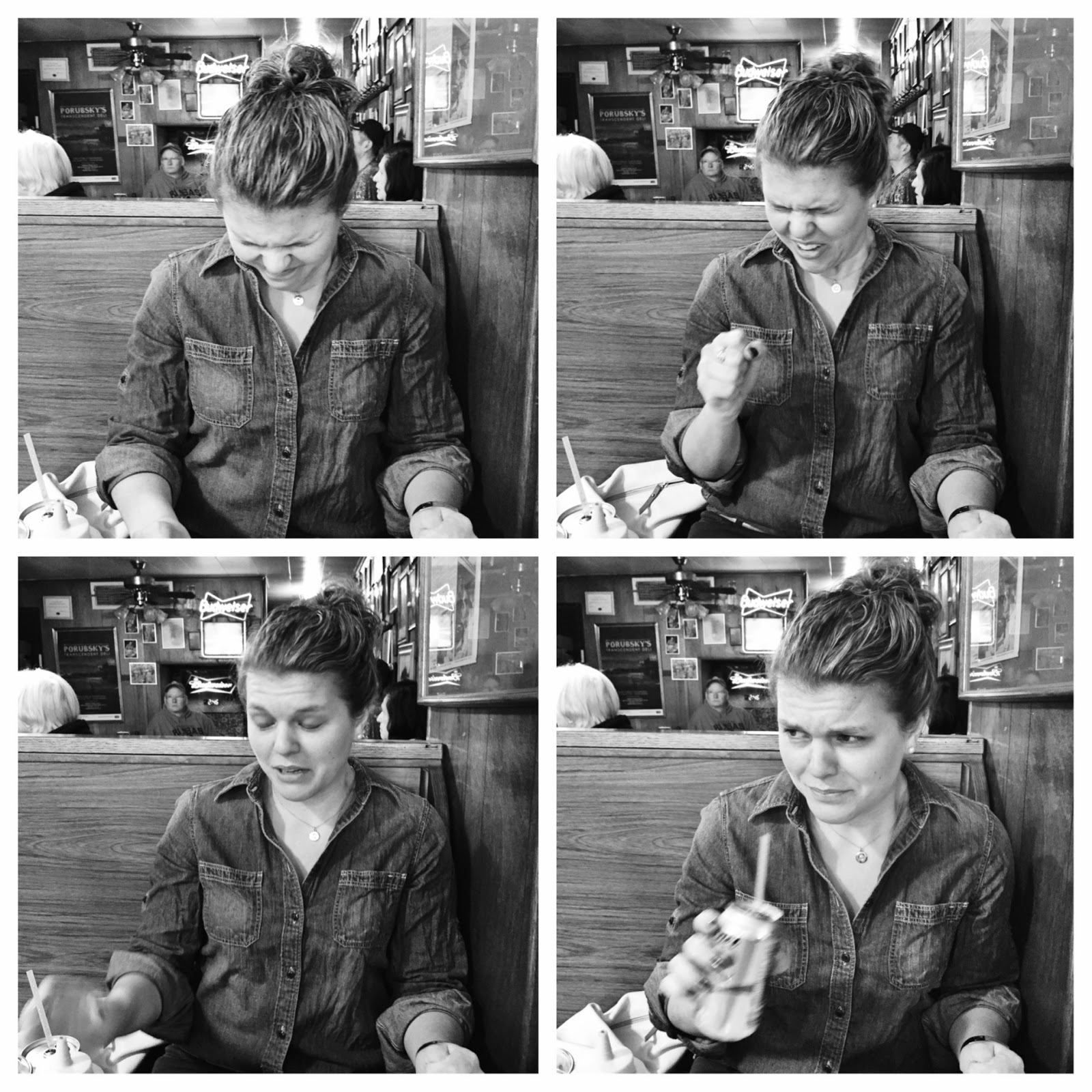 i'm dating a girl who in many ways is very similar to me, and in many ways very different. she is classy; i'm not.  i enjoy thrift store jackets and hoodies; she enjoys the latest fashion and shoes with names. what seems to make our relationship work is keeping an open mind in the other ones interest. not only does this take us both out of our 'norm' but it exposes us both to new sights, sounds, and this case, taste.

several months ago, i was talking to an older gentlemen at a williams sonoma cooking class (her idea), upon hearing we had a long distance relationship between topeka and wichita, he informed me of a deli in topeka we needed try named porubsky's. he informed me it was a total dive in operation since 1947 and was famous for their hot pickles.  needles to say i was fully intrigued.

for a month i wouldn't stop talking about it, and couldn't wait to try this place out. a few weeks ago, we finally went.  pulling into the parking lot, i could tell my girlfriend was hesitant, as it looked exactly what we were told, a dive from 1947. i'll admit, even i was a tad nervous. entering the establishment, however, we were greeted by the nicest people.  we took our seats and ordered our food. waiting on our order i looked around and found myself grinning from ear to ear.  the place was filled with ol'boys watching andy griffith reruns on a tv from the 80's. it was small, dark and looks like it hadn't been touched since world war 2 ended. in other words it was perfect! the waitress sat our plates down and we both starred at the infamous pickles.  i went first. the heat was intense. however just when i thought i couldn't handle it, the heat subsided.  "not that bad" is what i told my girlfriend. hesitantly she took a bite. she then proceeded to make the worst face i've ever seen. this was followed by coughing and then crying.  the ol' boys turned away from their show to laugh at the spectacle, one of them yelling out, "in her defense it is a strong batch!"

after a few sips of diet coke she was fine,  like she always does, she took it in stride, and eventually made conversation with the owners, retelling and laughing at the experience.

as much entertainment as it provided me, it meant the world to me that she tried it.  i love that she's always down for anything i want to try, and is always looking new adventures to take me on...much like when she made me a surprise pedicure appointment.

getting out of your normal routine and experiencing new things is the spice of life; or in this case, the spicy pickle of life.
Posted by ercwttmn at 4/21/2015 09:55:00 PM 1 comment: