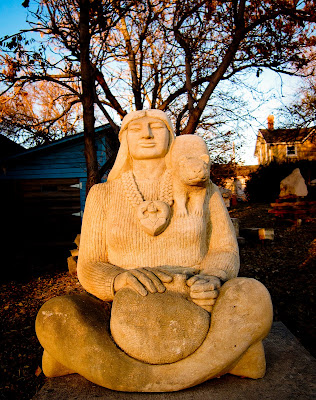 a sculpture by artist pete felten from hays, kansas. a man simply doing what he loves to do, and as a result, creates art which not only enhances his home town, but the entire state.

me [write] pretty one day

last week i attended a book reading and signing by david sedaris. as i sat in the audience, looking around at the very bookish crowd around me, i felt like a poser.

i've never hid the fact i hated reading and writing. i put forth the absolute bare minimum of effort in both subjects through high school. one would have thought this void in my education would have been exposed eventually, however, due to my studies in college, i rarely had to read any books that didn't have large pictures of buildings in it. i could have very well gone the rest of my life not giving much thought to "books".

however, during my last year of college, i became friends with two girls who had immersed themselves into the study of writing and composition. the timing of our meeting couldn't have been better. in high school i would have despised these girls. i'm guessing they were the girls in class who quickly raised their hands when the teacher asked if anyone could explain the significance of the conch shell in "lord of the flies" which would have pissed me off. i say despised, but let's be honest, i would have had a secret crush on them. as life would have it though, i met these two shortly after my discovery of the lit-rock band "the decemberists". these two situations combined, i found myself with a latent love of literature. through the years, we've kept in touch through witty e-mails and occasionally i'd ask for suggestions on reading material. years ago it was suggested i read david sedaris. however, due to a large, unread stack of books, and my incredibly slow reading speed, i never got around to it.

then, a few months ago, a local bookstore announced, david sedaris would be reading and signing books in november. the recommendation made years ago was remembered, so i picked up two of his books, quickly read, and fell in love with them. i found the stories to be quirky and witty, and enjoyed how the smallest, most insignificant situations could be comically strung out over several pages. upon finishing the first book, i sent a text to one of my friends, stating i had finally read "me talk pretty one day". the response i received back was "geez, do i have to hold your hand through everything?" see what i mean! writers...such a way with words.

so, that's how i found myself amongst a very literary crowd last thursday. like everyone else there, i waited in line to have my book signed. now, after years of hating any form of literature, the discovery of an indie-lit-rock-folk band, the making of two friends who opened my eyes to the creativity that can be found in writing, countless suggestions, two book purchases and a few days of reading, what could this best selling author have written in my book to finish this whole story off? 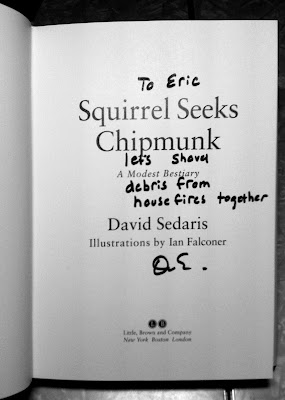 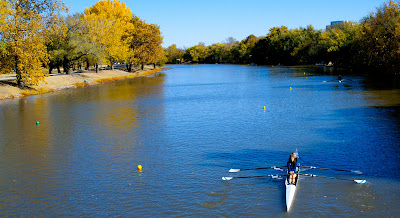 who knew the arkansas river actually got used, let alone was home to wichita's own "frostbite" regatta.

i was amazed to find out wichita held a regatta every year, and was embarrassed to hear it was the 19th annual one at that! i egotistically pride myself in the fact i usually know everything going on in this small community, but this regatta thing took me by surprise. i guess i just don't run with the regatta/rowing/boating crowd here in town....probably because they''re all athletes. upon hearing about the regatta, i was bound and determined to check it out.

the whole event was very surreal. with all the spectators on the river banks, the boats in the river, and hundreds of rowers preparing to race, it almost didn't feel like wichita. it felt like i had accidentally step onto the campus of some ivy league school. the trees in riverside park, with their autumn wardrobes on, completed the effect. the only missing piece would have been a group of friends, named buffy, muffy, and todd, dressed in lacosta shirts, blue blazers, and topsiders. we would have strolled the shores, drinking our cape cods, discussing where we were to summer next year....

so here's to you wichita, for surprising me with a new and classy side of yourself. now, if you could, please hold another similar event, so i can wear these madras shorts one more time. 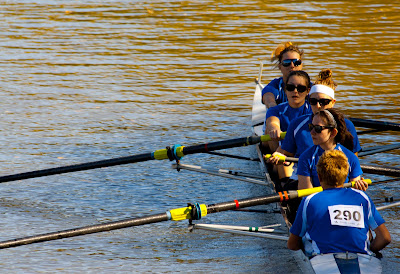 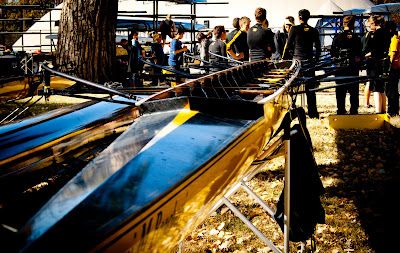 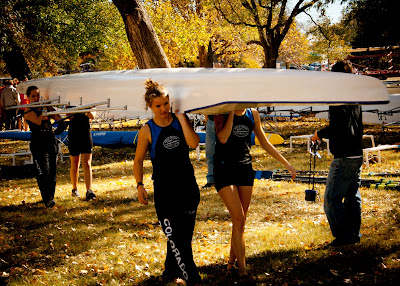 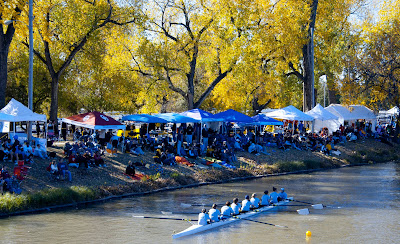 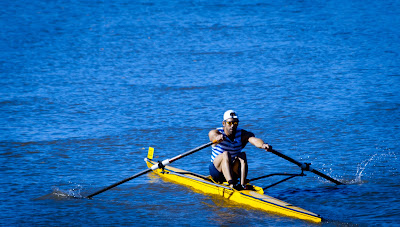 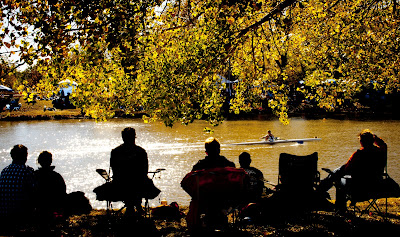