be my [high fidelity] 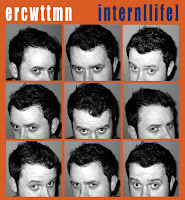 in the spirit of today's holiday, i thought i'd do something real romantic.....and watch a movie. but what, single movie, among the thousands, really encompasses valentines day? sleepless in seattle? breakfast at tiffany's? casablanca? maybe, but i needed something with a little more kick, something that goes straight to the heart. as i scanned the stacks of dvd's, [high fidelity] caught my eye. a movie filled with great music, analyzing relationships, and odd-ball, elitists friends.....what's not to love!

now, this isn't your typical valentines day movie, but in an odd way, it was the perfect film to watch tonight. i was reminded today, that this holidayday isn't about loving and being thankful for one relationship, it's a day to be thankful for the many different types of relationships we all have in our lives. watching [high fidelity] tonight, only solidified that statement. the film also includes the best cover of marvin gaye's "lets get on" i've ever heard.

in the spirit of the movie:

[covered] and [clogged] up 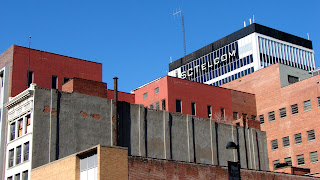 i've been fighting a cold the past three days. naturally i've turned to the best medicine ever invented....liquid nyquil, the green kind. coupled with benadryl during the day, and you can imagine the bundle of spirit and enthusiasm i've been around the office.

to my relief, i was asked to take some context photos of downtown today, getting me out of the office, and what a day to get outside. the sun was out, making it's presence known, warming everything up to temperatures not felt in months. i started feeling better.

the photos were for a project that has also allowed me to research historic pictures and plans of downtown buildings. while studying them, it became apparent, many of the buildings from earlier this century are still present today, they just happened to be "modernized" in the late 60's. while on my outing this afternoon, i thought i'd try to find some evidence of this hidden past.

what i found were materials such as granite and marble covered by e.i.f.s. [exterior insulation and finish system] a very cheap and awful exterior covering. along with hiding these materials, the details and craftsmanship had also been erased from public eye in favor of a blank, stark, cheap walls. while i'm all for modern buildings, i couldn't help but feel that wichita had actually lost a piece of itself, during the "modernization" craze fifty years ago. 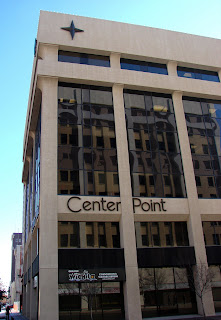 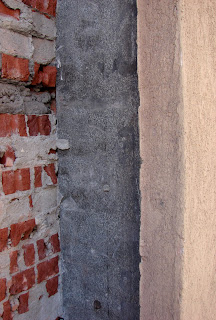 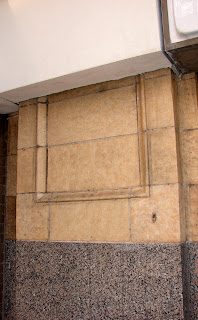 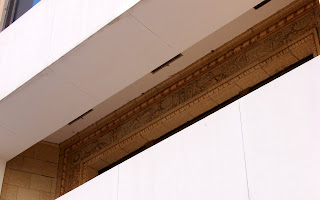 this is usually where i'd make some simile comparing my life, at the moment, to these buildings, and i know there's one floating somewhere in my drowsy head wanting to take the form of text, but it's late and i do believe my nyquil is kicking in.
Posted by ercwttmn at 2/06/2007 11:57:00 PM 2 comments: Links to this post