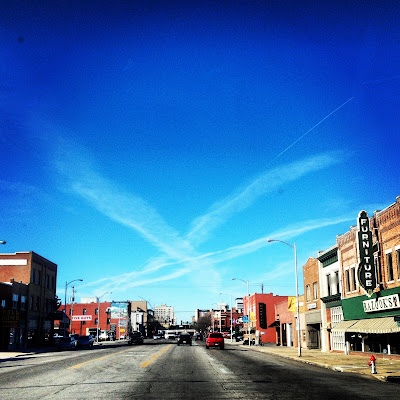 the other week, some good friends came to visit me in wichita.  as excited as i was to have them down in "ta" town, i was a bit nervous.  these friends are not only recent transplants from new york, but have also lived in a handful of other larger cities.  i love my town but was worried it might come off a bit "cowtown-ish" when compared to the lower east side of nyc.  none the less, these friends had always been wonderful hosts when i visited the big apple and i was excited to return the favor.

i should have realized i had nothing to worry about.  not only is this couple always up for anything but wichita's downtown really is starting to have something going for it.  with my apartment being centered between oldtown and downtown the weekend was spent roaming and walking a radius of five blocks.  within which we were able to enjoy some amazing meals, hit up a few local bars, have coffee, and go antique shopping.  within that territory we also ran into several local natives, a tribe of people other wise known as my friends.  a group of individuals who also love wichita, downtown and are some of the best local tour guides you could ask for.

the weekend was a blast.  my friends enjoyed themselves and i was really proud of my hometown.  even with new york city being exponentially larger, i've found what makes it great is the quality of neighborhoods and the walkability of within those areas.  a quality wichita is doing a great job developing.  at the end of the weekend, one of my friends said, "wichita is a lot cooler than i thought it would be."

i think that's a great compliment for the people working hard to develop downtown, and a wonderful observation about the people who inhabit, work, occupy and enjoy the area. 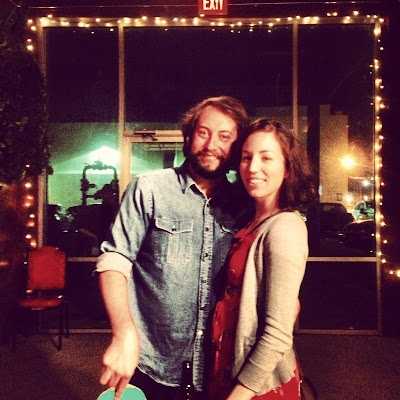 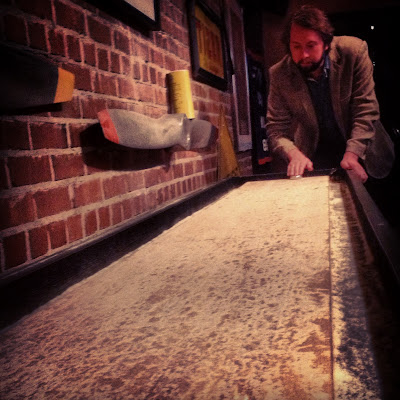 about six months into this year, i was already thinking of this years [year in pictures] theme.  i'm not sure if it's because i have several friends who love going to [concerts] or if there just happened to be a lot of great artists within a car rides radius of wichita, but the past twelve months found me going to several amazing shows.  attending these performances is what got me thinking about the theme...this whole year was really just one long and wonderful [concert].  during a [concert] there are songs played to jam out to, reflective songs to make you reflect and think, sad songs that bring up emotions, and even a few tunes where the only thing to do is take a break and visit the restroom.  in my opinion, a good concert should have highs and lows and evoke a wide wave of emotions, which is exactly the same thing a good year should do. 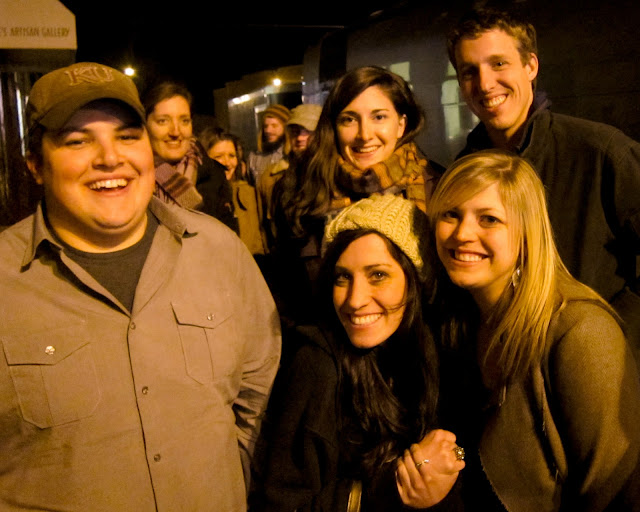 the year started out amazing with a great show.  in january my friends and i traveled up to lawrence to see the "civil wars" perform.  it was a beautiful show and the perfect prelude to the rest of the year.  not only does this photo perfectly capture the excitement we shared as we waited in line, it also perfectly represents the entire year.  twelve months filled with good music and great friends. 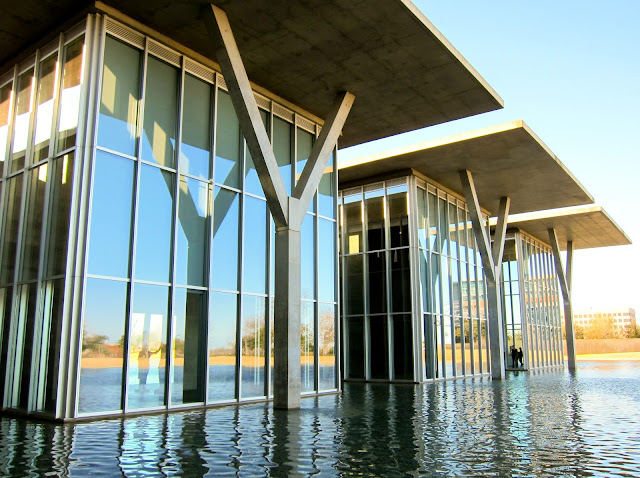 two of my favorite buildings in america just happen to be right next to each other.  in fort worth you'll find the kimbell art museum and the modern, both wonderful examples of what architecture should be.  every time i've been in the area i've stopped by to visit these monuments.  over the years i've found they not only hold priceless works of art, but also many of my favorite memories.  the memories of a trip taken with friends in february are now housed within their walls along with others from the past. 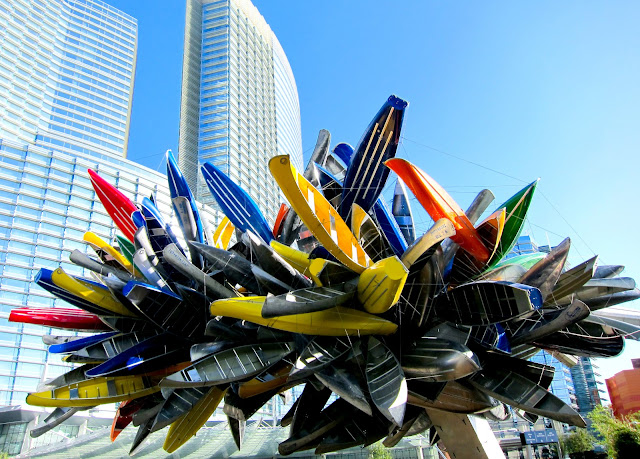 this spring i took my first trip to vegas.  i had passed through the town a couple of times, but had never really stopped to take in the city.  it's a gaudy, awful, inauthentic, crazy place, built on greed and hopeless dreams...and it couldn't be more beautiful.  it's craziness is what makes it great, and this sculpture called "big edge" outside our hotel seemed to sum up the whole city.  i really didn't think i'd like vegas as much as i did, but if you take it for what it is, it really is entertaining. 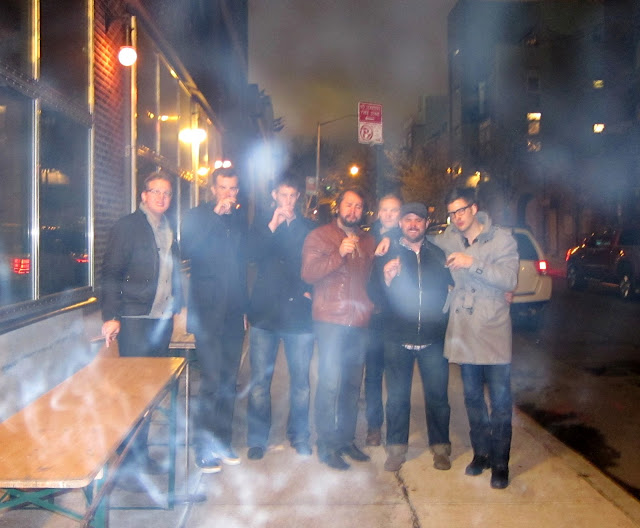 in march i went to new york city to celebrate the bachelor party of one of my best friends.  i saw very little of the city that weekend, since most of out time was spent in bars, with the exception of an afternoon in a turkish spa.  it was a great weekend and i feel we sent him off to married life the right way.  most of the pictures from that night will never find their way onto any social media, mostly because we'd like to keep our professional jobs, however i felt one picture would be fine.  this picture is blurry, smoky, and a little distorted....which is pretty much exactly how i remember the night.

hipster_poses_summer_2012
i'll admit it, i really enjoy instagram.  i feel it's today's version of the polaroid, just on social steroids. it also has a bit of a reputation to be "hipsterish", so why not exploit that.  luckily i have wonderful friends who don't mind posing.  i usually ask them to look bored or annoyed which, ironically, is the complete opposite of what's actually going on with this group. 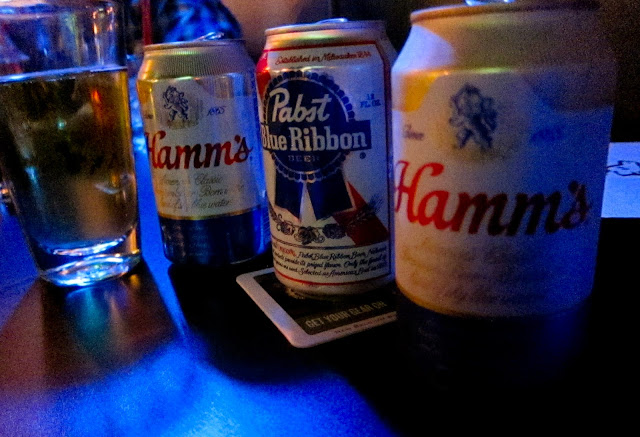 i grew up watching and loving jeopardy, which is odd because i'm not great at it.  however the excitement of pushing your brain to quickly remember things learned ages ago is the reason i'm addicted.  every wednesday night a local bar hosts a trivia night and over the past year my friends and i have become regulars.  every member of the team has their subjects of expertise, and it's wonderful to see my friends excel at at questions about sports, science, literature, and disney movies...unfortunately my only addition to the knowledge pool is romantic comedies and pop music.  although i probably should have spent less time watching chick flicks growing up and a little more time watching sports, having a good general knowledge of meg ryan has earned us a few points. 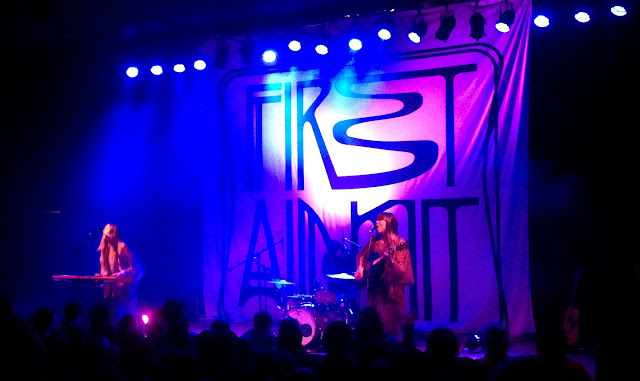 this photo made the cut, not so much because of it's quality, but it's irony.  the fall of 2012 found a lot of things changing in my life, which put me in a bit of a funk for a couple months.  the concert was amazing, with wonderful friends in attendance, but this photo represents the beginning of some professional and growing pains i was about to encounter.  thankfully the music of "first aid kid" is wonderful and their music was exactly what i needed to feel better. 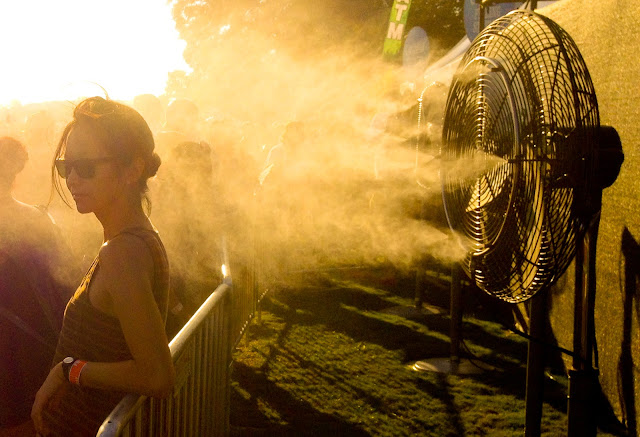 it's seems every year i've made this photo list, a picture from acl finds it's way on it, and this year was no different.  with such a large collection of people, in one of the most interesting cities in the county, at a three day music festival, it really isn't hard to stumble upon great photo opportunities.  i did feel like a bit of a creeper taking this photo, but with the mist, the sunlight, her pose, and classic ray bans, i couldn't resist.  i don't know who this girl is, but i must thank her for providing one of my favorite pictures of the year, and completely capturing the feeling of the weekend. 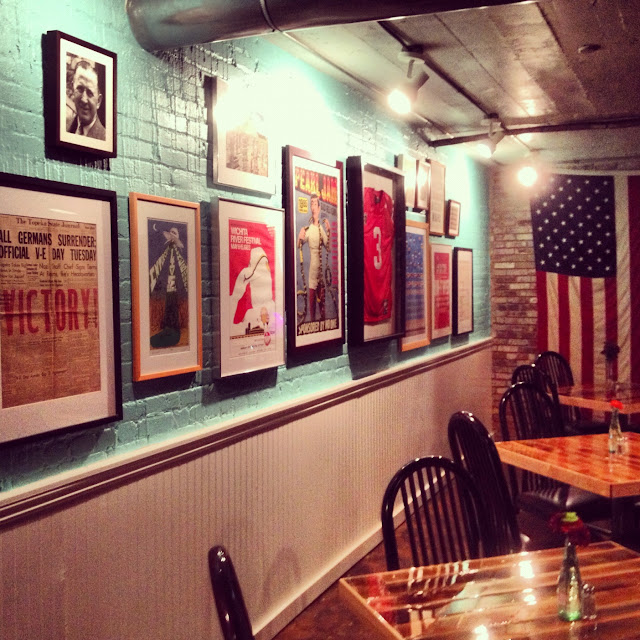 in october a new bar opened up in my neighborhood, and a friend and i went to check it out.  i loved it the minute i entered, and immediately began instagramming photos of the place.  a few weeks after this photo was taken, i started a new job directly across the street.  since then it has become a hangout for my friends and i, a group which now includes the two owners of the bar.  with all the craziness this past fall held, this bar not only become a bit of a second home, but also a representation that in life, just like this space, things change, and sometimes they end up better than they were before. 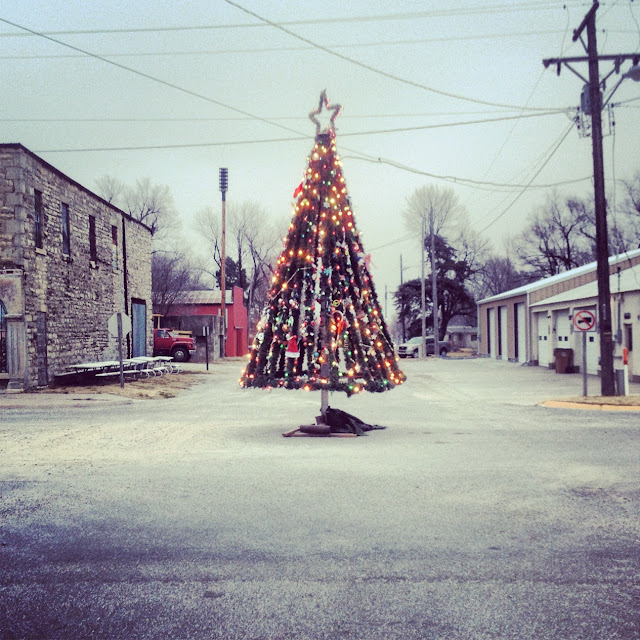 in december i traveled to manhattan to visit a friend.  on the way back, i took a different route home.  while driving along the highway, i was able to look down the main street of a small town, and found this christmas tree sitting alone.  i thought to myself, "that's nice", and kept driving.  however my curiosity got the best of me and a few miles down i turned around.  i love this photo.  i love how it's right in the middle of the intersection, i love how geometric the tree is, i love how the lights contrast against the muted colors of the town, i love how isolated it is, but most of all i love how unexpected it was.  of all the christmas and holidays displays i saw this year, this one was the most beautiful to me.  a reminder to always look for the beauty in any situation.  this photo is like an acoustic solo at the end of a great show.  a very simple and beautiful way to finish the year long [concert] of 2012.