i decided to say "goodbye" to my twenties in new york, and what better way to say "adieu" than with the people i spent most of that decade with.

besides my arrival and departure times, nothing was planned. days were filled with coffee, brunch, urban wandering, pastrami, park sitting, music listening, architectural photography, and life discussions. nights were filled with food carts, dumplings, march madness, brooklyn lager, candlelit bars, patios, cocktails, dance clubs and stories. with everything that city has to offer, i wouldn't have wanted it any other way.

the only souvenir i picked up was my thirties...which i'm now proudly displaying.

to view the full set of photos, click here 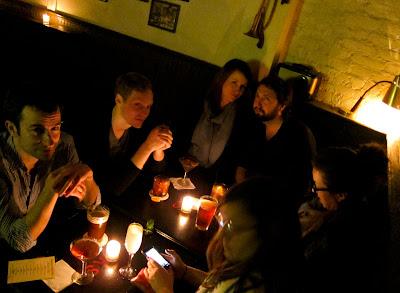 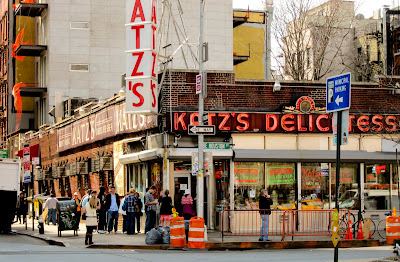 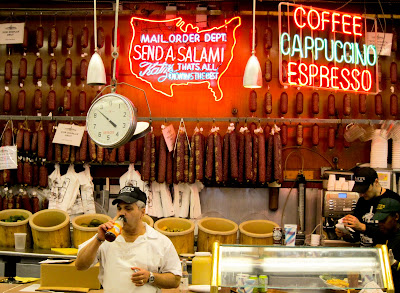 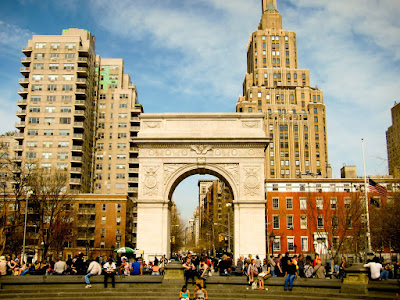 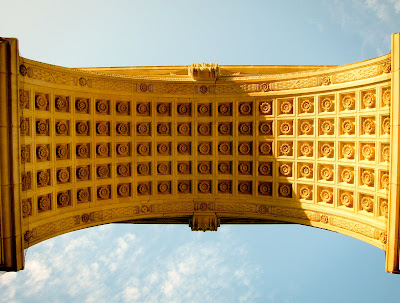 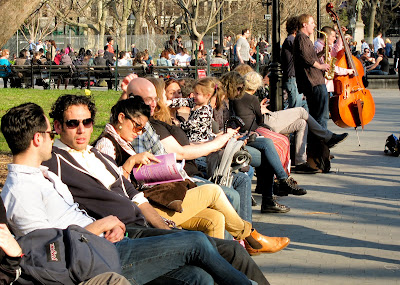 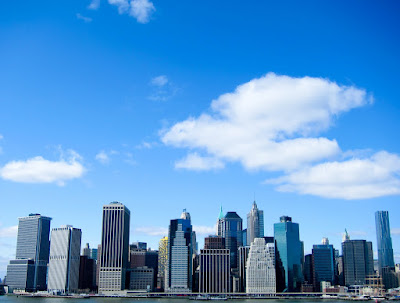 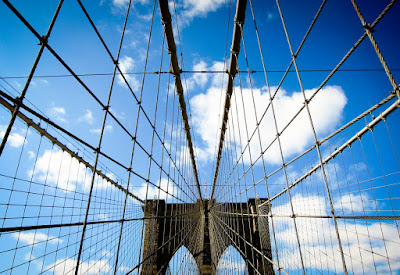 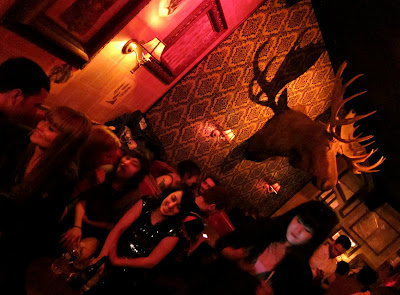 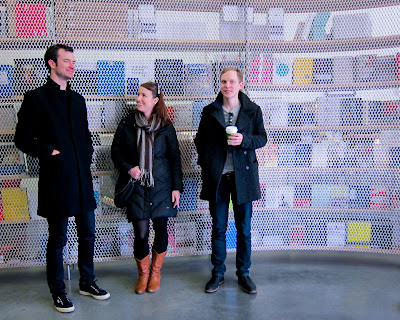 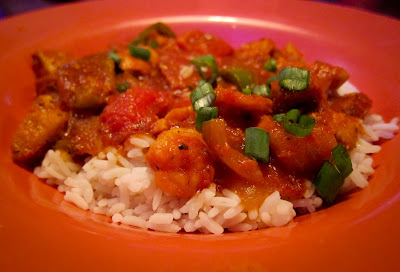 it wouldn't be a fat tuesday celebration without listening to my favorite cajun band, the mudbugs...which also happens to be the band of one of my most loyal blog commenters. their music proved once again, to be the perfect soundtrack to a gumbo and jambalaya feast.

as accordion and washboard sounds bounced around the brick walls, i started pondering what i might give up for lent this year. as every catholic knows, what you give up needs to be a sacrifice. something in your life, difficult to refrain from for 40 days, otherwise...what's the point.

pondering this sacrifice, i wanted to find something in my life i could do without, that would be unique as well as insightful. this led me to the thought of "giving up" my twenties. now although that will happen during this lenten season whether i like it or not, it's more of a lifestyle change.

i'll give up my busted blue jeans, and start wearing pleated khakis. i'll start using starch and tuck in my shirts. i'll stay clean shaven year round, and schedule haircuts every 3 weeks. i'll start watching the news in the morning while eating oat bran cereal. i'll pay attention to the stocks and be able to discuss the market at length in any given conversation. i'll eat dinner at 4pm. i'll start attending michael mcdonald concerts. i'll start watching re-runs of "everybody loves raymond" and laugh at all the marriage jokes.... 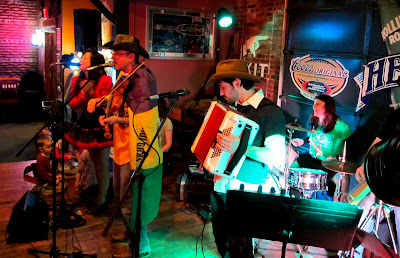 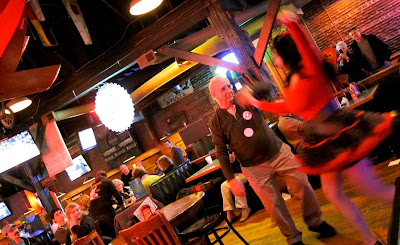 for the [loaf] of the game 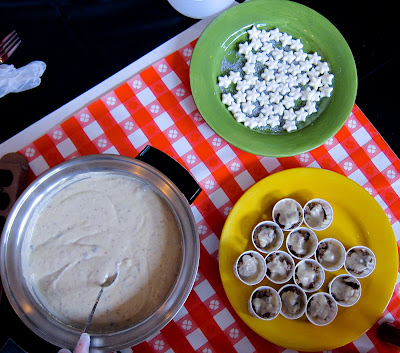 alright, i'll be the first to admit it. i sold out. last year, i naively entered the loaf-off with a very traditional, all-american style meatloaf. i proudly served my classic dish among the other, more experimental loaves. i held out hope, that in a world of posers, wannabe's, and "flashy-look-at-me" meatloaves, the honesty, purity and goodness found in my loaf would prevail.

after witnessing first hand the cruel and unforgiving world found in competitive meatloaf-ing, i knew if i wanted to survive, i would have to up my ante. i would come back in 2011, stronger, faster, tastier...loaf-ier. i knew, in order to win, i'd have to find the perfect combination of familiarity and uniqueness. something, when placed in your mouth, would give you the feeling of being in a strange, exotic and foreign land, yet at the same time, make you feel as if you were at home relaxing in your favorite chair, wrapped in your snuggie. i found my answer in a swedish meatball recipe. it was perfect! i'd simply take this family favorite and loaf it! new. different. familiar...perfect.

with a great deal of help from my mom, we showed up to the main event prepared this year. we had colorful plates, tablecloths, aprons, appropriate utensils, and even homemade mints. we weren't "bush league-ing" it anymore. we cooked our loaves early in the morning and by 10:30 we were setting up our boundaries. walking around, we sized up our competition, finding both friends and foes. the morning was filled with friendly conversation and chit-chat, however, just like in any battle, a hush fell over the crowd in those few moments before we started. some people prayed, some were lost in thought, others were busy mentally psyching themselves up....in the distance, i heard a child cry. at 11 the competition began, and a squall of sample sized portions started slinging. plates were piled high with a plethora of potential prize winners. loaves filled with jalapeno, chipotle, cheese, bacon....ostrich. although we keep our chins down and our utensils up, we knew ultimately, in this fight, our loaf would have to defend itself.

like any battle, it seemed to fly by, and before we knew it the judges had made their choice. i was not awarded the "top loaf" this year, but instead awarded the best "retro style" loaf.

with it's mushroom gravy, it would be perfectly complemented by a dirty martini" said the judges.

being a big fan of anything mid century, i was honored, and took this as a complement. however, the competition wasn't over, they still needed to award the "best in show" and "people's choice". tallying up the votes it was discovered the people had spoken and we had in fact won "people's choice!"...and really, isn't it the voice of the people that really matter? on top of that, our new friends, who shared the table with us, won "best in show" with their bacon-latticed wrapped loaf.

the only question now is, do i retire and go out on top, or do i keep trying for the coveted "top loaf" prize?


i'll be honest...i already have some ideas. 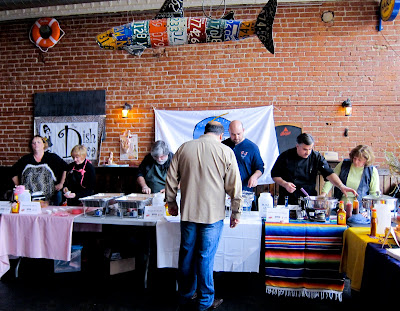 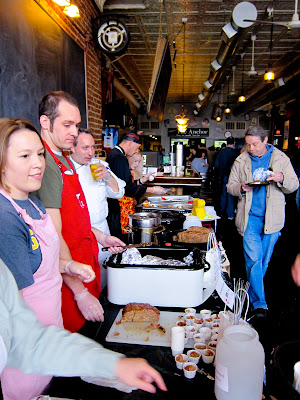 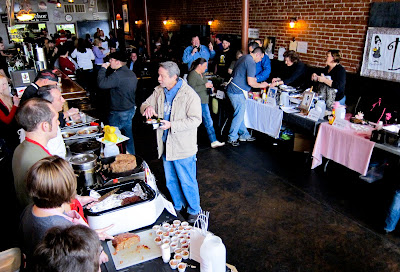