with a little more experience and a lot more brushes, my wife and i started another painting project.

"this room will be WAY easier than the kitchen" i remember saying, "it's just a box!"

somehow i didn't factor in all the trim, the windows, the doors and the radiator cover, all of which were painted light yellow and all of which took more time than i had planned.  also kneeling down and painting base trim took more energy out of me than i thought.  one saving grace, being a tad wiser this go around we decided not to tape as much, as we felt more confident with our trim brushes.

although it took the better part of two weekends to finish up,  i was extremely happy with the way this project turned out.  unlike the kitchen, i felt the light grey we picked out was the perfect color.  the whole room has a calming vibe which is exactly what we were hoping for in a nursery.

hopefully the baby thinks so too! 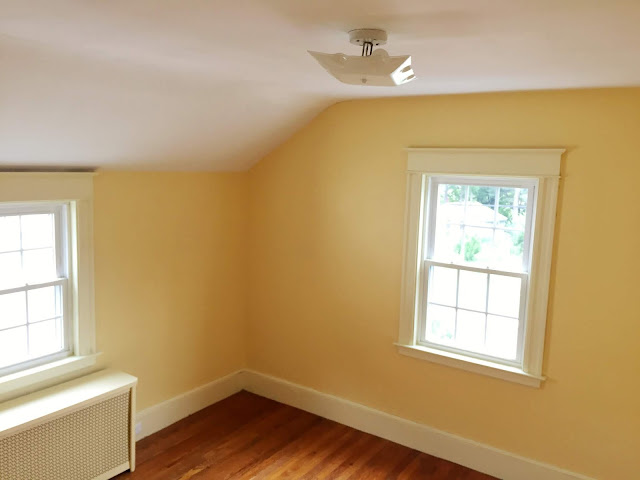 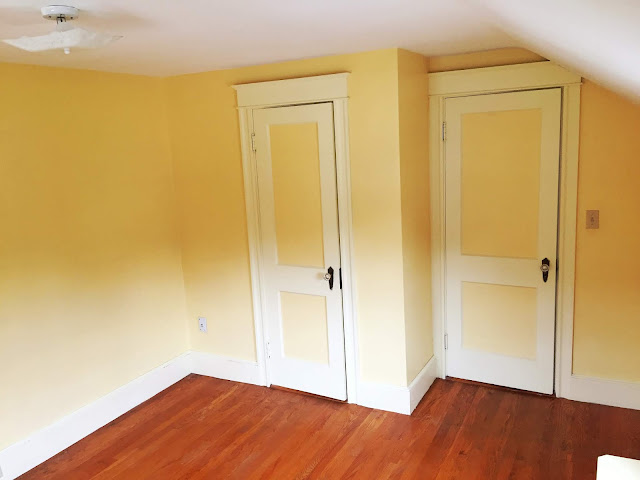 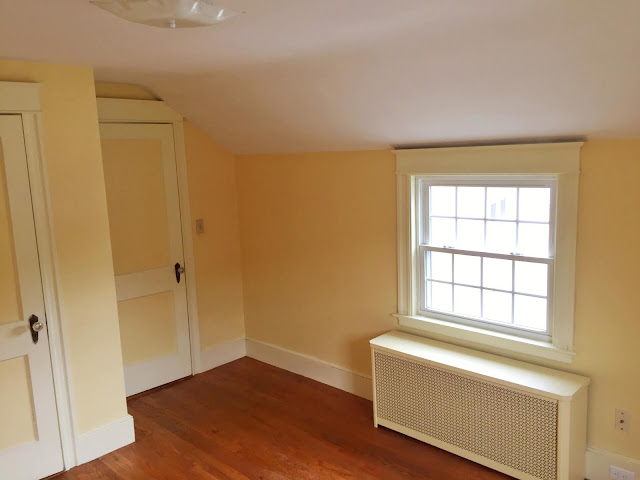 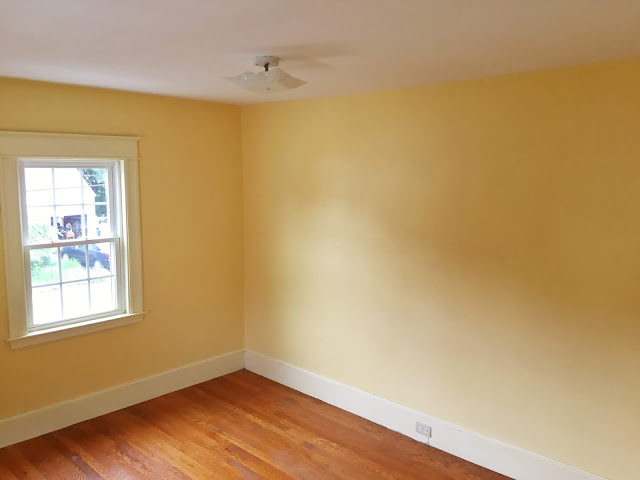 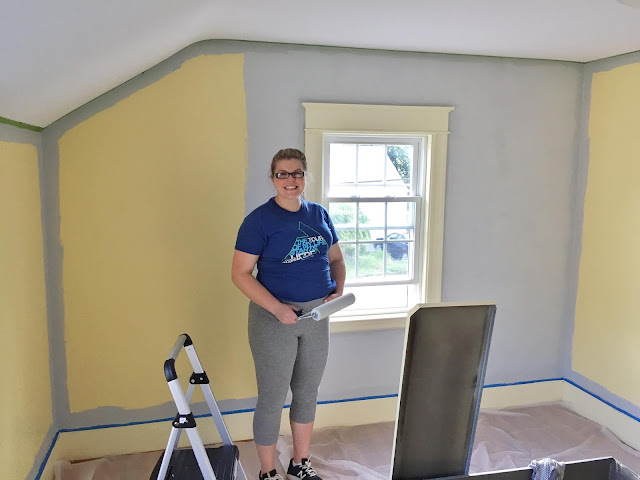 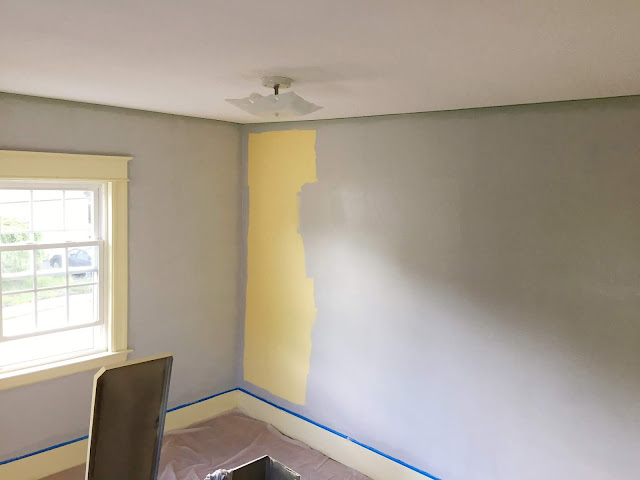 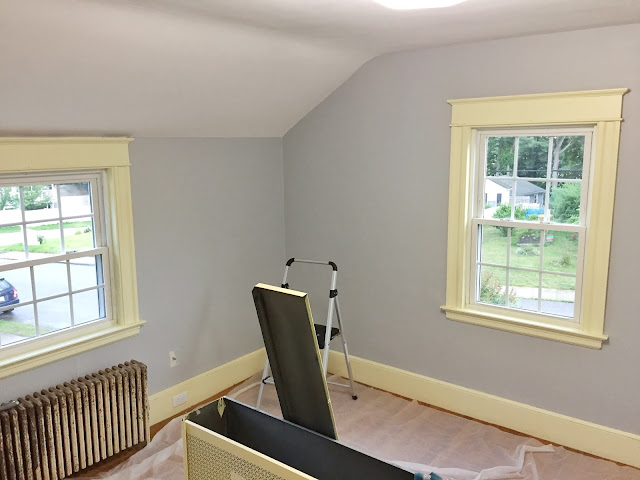 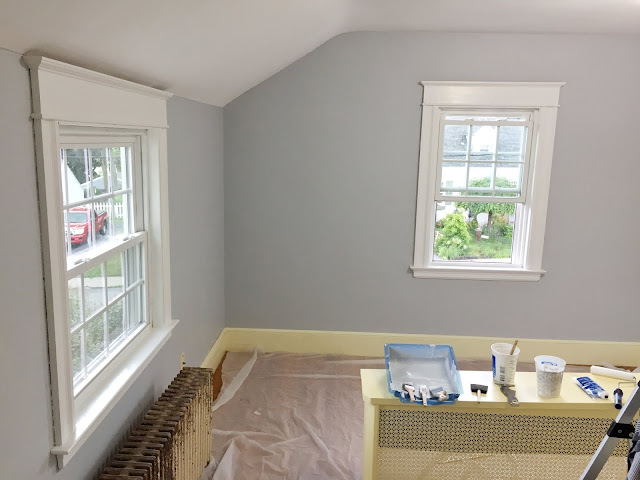 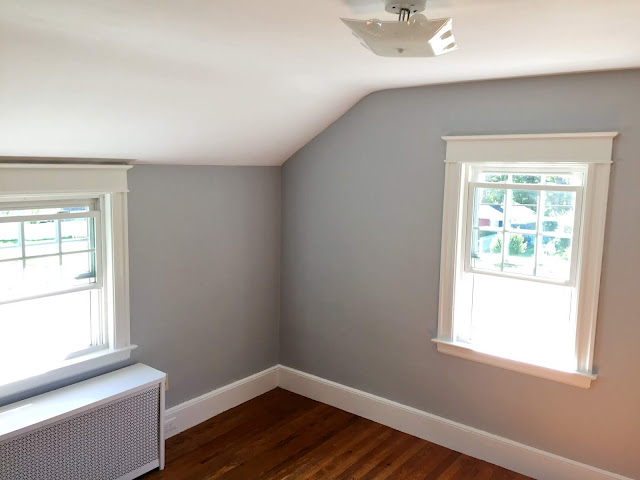 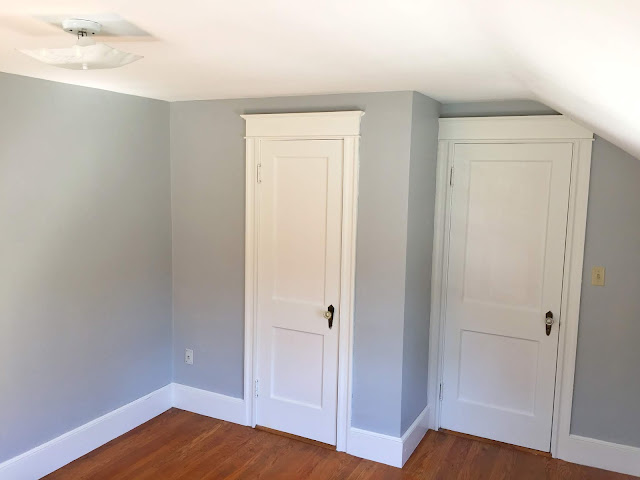 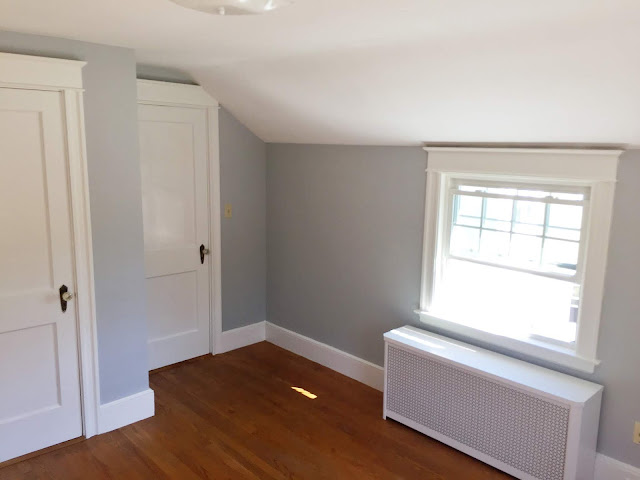 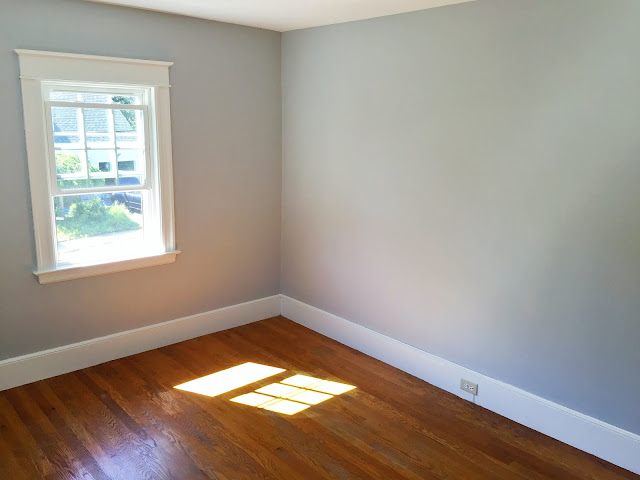 as we started to get settled into our new house, one item i wasn't a fan of was the color of the porch ceiling.  it was an odd shade of light blue which didn't match anything else on the house.  i couldn't wait to change it.

repainting the porch wasn't a high priority, but it was thinking of it as a future project.  like many things, when something is on your mind you tend to notice it in other places in your life more.  as i went through my normal day to day routine, i found myself paying more attention to porch ceilings on homes and restaurants and noticed most of them were this exact same shade of blue!  now i was intrigued.  asking around and talking to a few friends, i was told "it was a very new england thing to do."

this answer wasn't good enough for me. i wanted to know WHY this was a thing.

just like anyone in need of an answer, i turned to google.  a quick search turned up a several reasons for the light colored blue ceiling.  one explanation is that it's actually a color called [haint] blue.  painting your porch ceiling haint blue, which is derived from crushed indigo plants, is a tradition originating from the gullah geechee in the deep south and it's  meant to ward off ghosts and evil spirits.  other articles i found said light blue is used to confuse birds and insect.  this specific color makes critters think the porch is open to the sky, so they don't build nests, although there seemed to be no scientific evidence of this.  as far as a more regional explanation, i found that painting the porch ceiling a light blue was a cosmetic way to extend that sunny summer day feeling throughout the year, in a region that tends to have short summers and long grey winters.

my research only took me so far and i was unable to determine if one of the traditions started before any of the others.  thankfully for me, the explanations i read were enough for me to fall in love with the color. maybe it was my years in architecture school, but it seems design choices based on reason always hold up better than those based on a whim.  i LOVE knowing there was some thought put into our porch ceiling and i fully intend to keep it.

also, anything that wards off evil spirits and ghosts from your home seems like a plus. 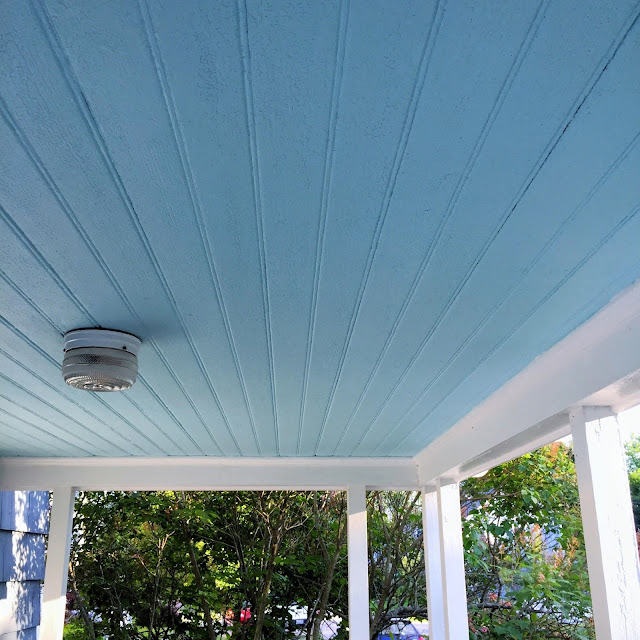 a [much needed] walk on the beach

my wife and i are currently at 31 weeks in the pregnancy.  due to several factors, this was medically labeled a "high risk" pregnancy, which means there have been several trips to many different doctors to make sure everything is going as well as it can.  needless to say there has been a lot of worrying and stressful check ups while waiting for various lab results and consultations.

but as situations like this often do, it only seems to have brought my wife and i closer.  recently, we took a few days off to have a long weekend on the beach.  walking on the sand, with the sun going down at low tide, i felt my wife looked particularly beautiful, even through she disagreed with me.  i was able to grab my camera and capture a true moment of peace, where our only worry in the world was wondering how long we should wonder in the water.

i know the next few weeks are going to get stressful and crazy, but this pic will always remind my of how strong and graceful my wife has been during this pregnancy. 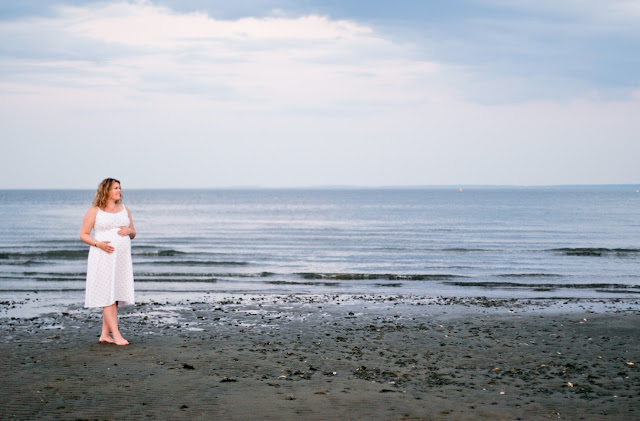