last saturday was an amazing day for wichita.  our local college played in the ncaa final four game, something the city hasn't seen since 1965.  walking around town this weekend was almost unreal.  everyone was in such a great mood.  i've never seen our city so positive and full of pride.  nearly every single person could be found wearing black and yellow in support of wsu.  for the first time, at least in my opinion, the city was unified, in the same way college towns are, and it was a great feeling.

following the tournament,i absolutely loved how the team was described.  they were the underdogs, the cinderella's.  the team defying the odds and busting the brackets.  the team that came out of nowhere to surprise everyone.  even though they lost the game, i hope the team realizes what they did for the city. they gave us some much needed civic pride, and helped shed a wonderful and positive light on our town for the few days we were in the national spotlight.  for a brief moment, we had what all cities crave, uniqueness.

as a fan of this town, i'd like to think the attributes used to describe wsu's basketball team also define our city. we can defy the odds, we can do anything.  we have the ability to shock and surprise people. we do in fact have a wonderful community filled with talent. we have a lot to offer and can compete with larger cities. the pride gained these past few weeks gave our city all the wonderful side effects that happen when people love the community they're living in.

i hope that feeling sticks around for a bit because it looks really good on wichita. 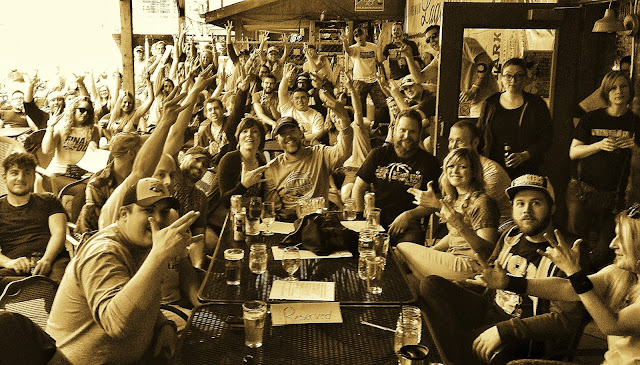 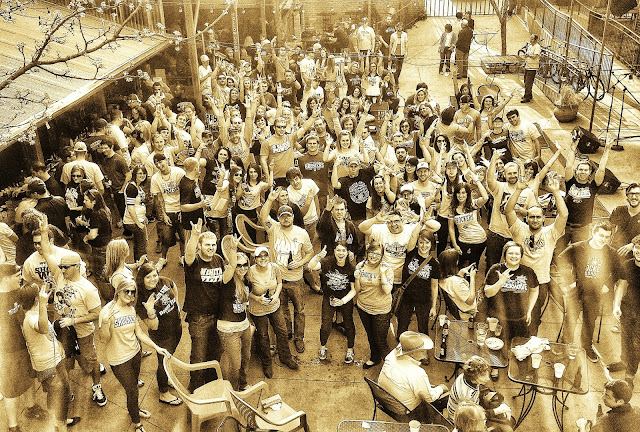 i would do anything for [loaf] 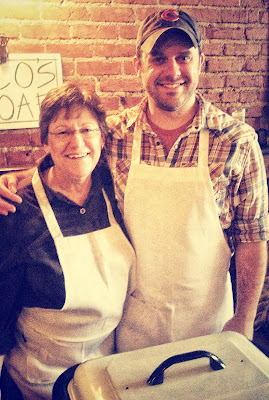 that being said, i really have to tell you about this year!

over the past four years i've become somewhat of a grizzled veteran in the whole wichita underground meatloaf scene.  i laugh when i look back at how young and naive i was in 2010, a fresh loaf fighter right of of the kitchen with a traditional style loaf, never having tasted the oven baked goodness of a victory.  then came 2011, i was older, wiser...hungrier for a win, and i found myself starting to experiment with performance enhancing spices and ingredients.  it's still under investigation how much the "dill" had to do with it, but that "experimental" year found me taking home my first win, "peoples choice."  however the "top loaf" prize still escaped me.  i don't want to talk about 2012.  i had a big ego, i thought i was too good, i thought i no longer needed to train or prepare, i thought i could waltz in and win the hearts of the judges with the same loaf as 2011.  i was sorely mistaken, not only did i not win any prize, i had serious thoughts of throwing in the dish towel.

after a few months away from the game, my head cleared.  i had learned my lesson, and the utter defeat i had felt last year now only fueled my oven fires hotter.  the last 12 months were spent thinking, tasting, suggesting, reading, learning, training, and google-ing trying to find the perfect combination of flavors that would melt the hearts of the judges and public alike.  after a few recipes and one very excellent trial run, i had it, a brand new meatloaf never before seen at this competition...maybe even america. i, along with my trusty companion, my mom, had something new, something different, something america never new it always wanted; a blue cheese and peppercorn meatloaf.

the competition was grueling, forks flung, spatulas sparred and tongs tussled but i knew i had a chance.  why you ask, because i saw the look on the peoples face when i told them the sample i had just dished them was a blue cheese and peppercorn meatloaf.  their eyes sparkled and their mouths watered. one old man starting crying.  granted, i'm not sure if it was from my description or if he had his own things going on, but there was crying.  none the less it proved my theory had been correct.  over the course of the year, i  had noticed millions upon millions of menus across this country featured dishes covered with blue cheese. why? because people love it, they crave it. they want it on everything, but until today there had been one thing they had never had it on, meatloaf.  as i handed them the sample, it was easy to see, they realized their blue cheese ship had finally come in to meatloaf harbor.

the hours passed by and the plates slowly emptied and before i knew it the judges were ready to announce their decision.  the reading of the results were a bit of a blur, but in the end, out of 12 teams, mostly consisting of local restaurants, i came in third.  although it wasn't first place, i was very honored.  if that wasn't enough, when the people's votes were tallied, 2013 would also find me me reclaiming my title as "people's choice" which i was very thankful for as well.  as always, i couldn't have accomplished this without the support and help of my family and friends.  thank you all.

now, with the coveted "top loaf" prize well within striking distance, i want it even more.  i don't know exactly what it'll be but expect something new and exciting for 2014.