a [free state] before [the civil wars]

it's amazing how 150 years can change things.  last tuesday my friends and i traveled to lawrence and enjoyed beer from free state brewery before catching the civil wars show.  if you know your kansas history, you'll catch the irony in that.  however, unlike the devastating bleeding kansas days leading up to the civil war, tuesday was pure bliss.  my friends and i enjoyed sitting around a table at free state, conversing and joking back and forth while slowly filling up on the amazing food and beer the brewery is known for.  heading next door to liberty hall, anxiously awaiting the civil wars, we were all blown away by the opening act, the staves. their simple stylings and flawless harmonies set the mood for the civil wars.  i'm not sure if the crowd was just memorized by the performance or just being incredibly respectful, but when joy sang along with john and his guitar, their lyrics and chords were the only sounds in the hall.  only after the song was finished  would the audience erupt in applause, creating a surreal experience for everyone in attendance.

if you get a chance, catch up on some kansas history, with a [free state] ad astra ale and [the civil wars] album barton hollow. 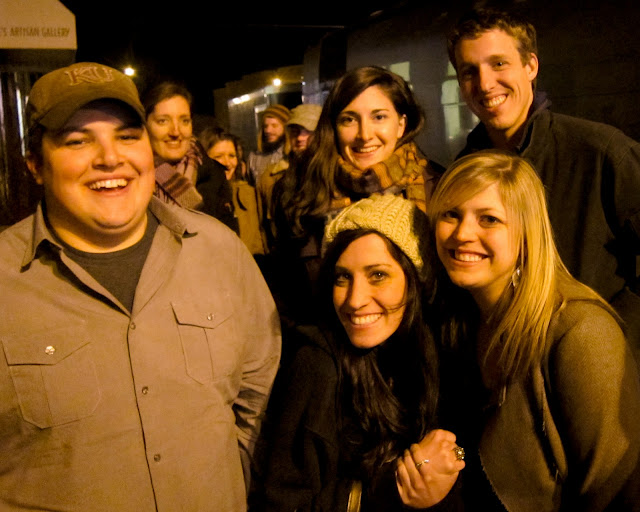 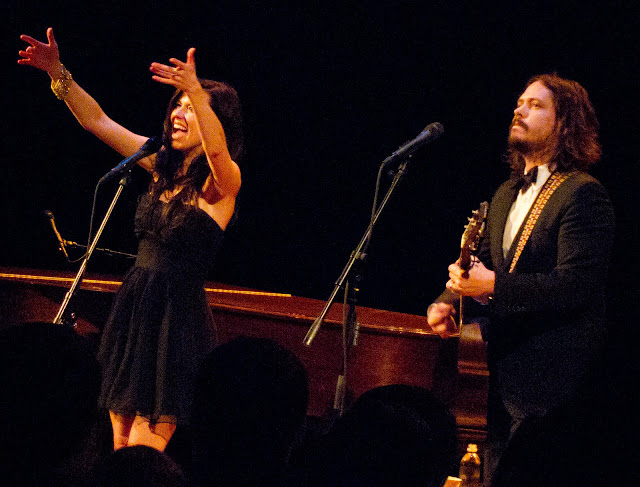 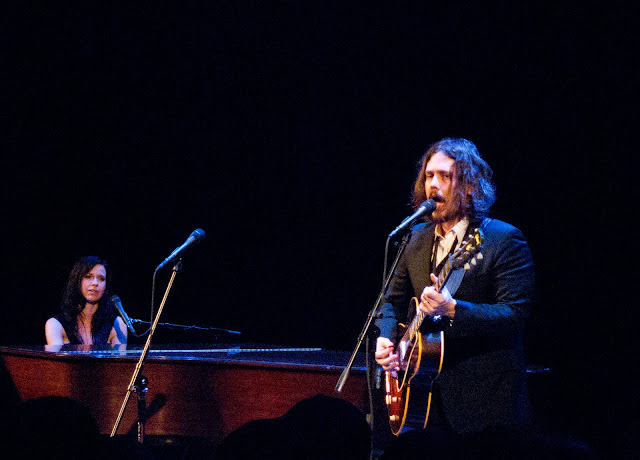 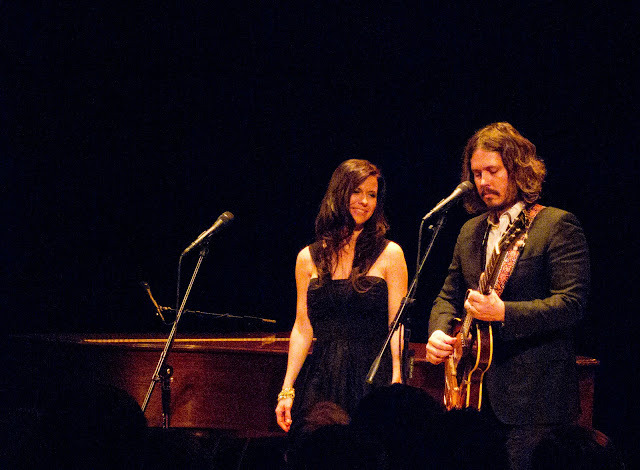 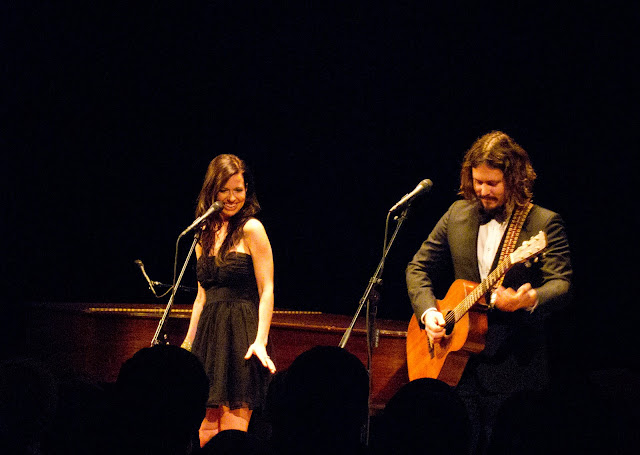 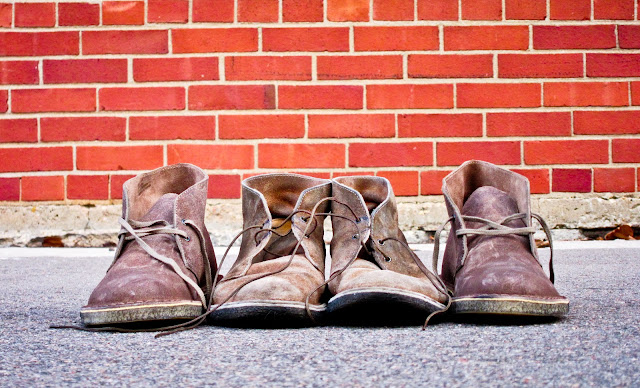 i'm not what you'd call a [fashionista]. fashion is just something i don't spend a lot of time thinking about.  my wardrobe tends to be based more on comfort than style.  that being said, i live my life by three simple rules when it comes to fashion. 1. never under any circumstance wear pleated pants.  not only have i heard they're unfashionable, but i really hate the way i look in them, appearing as though i'm wearing a diaper.  2. never give or receive any form of clothing as a gift.  there are too many variables when it comes to clothing; color, shade, fit, stitching, size, texture, feel, look, any of which, when wrong, leads to failure.  these factors make it hard enough to shop for myself, how is anyone else suppose to do it for me? i'm sorry, but clothing as a gift rarely works out. 3. never ever buy the [exact] same thing i'm replacing.  not only is this rule in place so it forces me to always to try something new, but it's an easy way to keep up to date with fashion, without much thought.  well, one of these rules was broken recently, and here's a hint, i ain't wearing pleats.

several years ago i bought a pair of clarks original desert boots.  i saw them at the store, thought they looked nice, they were comfortable, so i bought them.  little did i know i had just purchased my favorite pair of shoes.  i wore them everywhere.  they were nice enough to wear to work, and casual enough to wear out at night.  they matched with my old busted jeans and looked great with a nice pair of dark ones.  heaven forbid, they even looked good the few times i wore them with khakis.  the more i wore them, the better they felt. being made of soft suede, they packed well, leading me to take them with me everywhere i traveled.

winning me over on looks, comfort, and function i researched the shoe a bit.  it turns out they haven't changed much since first introduced in 1949. everyone from british soldiers in cairo, to beatnik's, to mods, to hippies had worn these shoes.  much like eames lounge chairs and ray-ban wayfarer's, the style of this shoe had become [timeless].  if i hadn't already been crazy over these boots, the nostalgia factor put me over the edge.

wearing these shoes as much as i did, i literally wore a hole in them. i was heartbroken. not ready to give them up, i found myself limited to wearing them only when i thought it wouldn't rain, occasionally ending up with a wet sock.  what was i to do? break my rule, and buy a new pair, or try my luck with some other brand and style.

i had been agonizing over this dilemma for months, when finally, one of the rules was broken.  christmas morning i opened a package from my parents and inside found a brand new pair of boots.  i was shocked,  because i knew my parents were well aware of rule number two, but was thrilled they had decided to break it.  a HUGE [thank you] to my parents for their incredibly thoughtful, very surprising, much needed, rule breaking gift.  i love them...and now that i've photographed them, i can finally start wearing them. 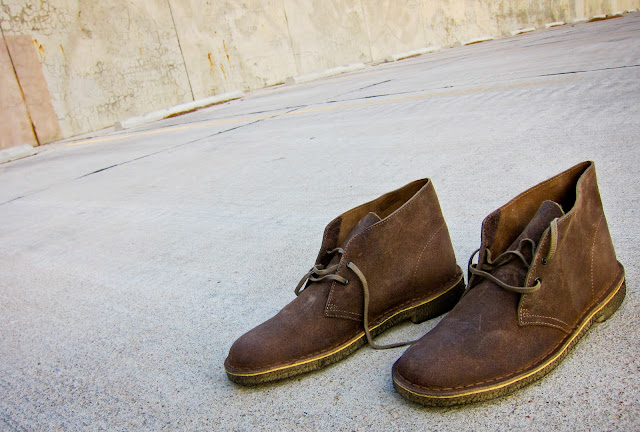 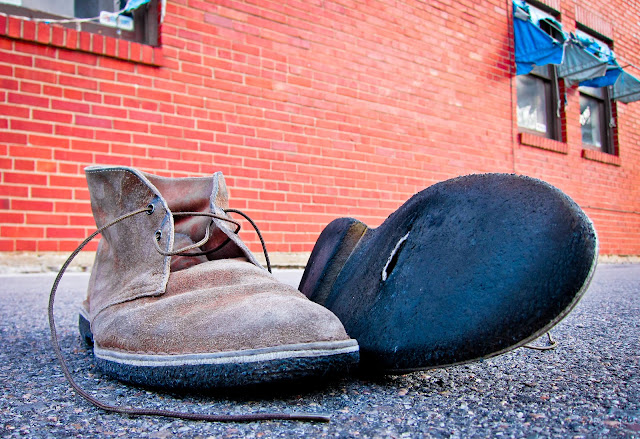 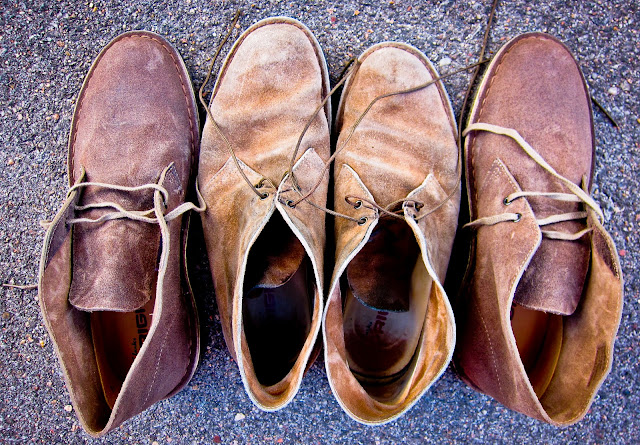 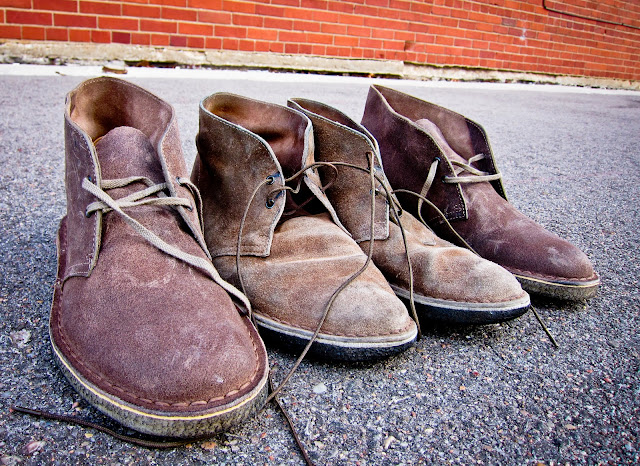 i never plan to have a [theme] every year, but looking back over the pictures i've taken, trying to find ten to represent the year, it's hard not so see a common thread form.  as much as i feared turning 30 last year, it ended up be a very moot point, not nearly as painful as i had originally thought.  instead 2011 seemed to be a year of [connections].  not only did i make some new and incredibly dear friends the last twelve months, i was also able to strengthened the [connections] with friends and family already in my life.  [connections] are a funny thing, in that they're not a one way relationship, but rather act as a path between two points. a link, taking, giving, and sharing equally.  as much as i've gained by these [connections] over the past year, i hope i've lived my life in a way so the feeling is mutual on the other end.

with that said, take a look at these pictures, some previously featured and some not, and get yourself [connected] to 2011. 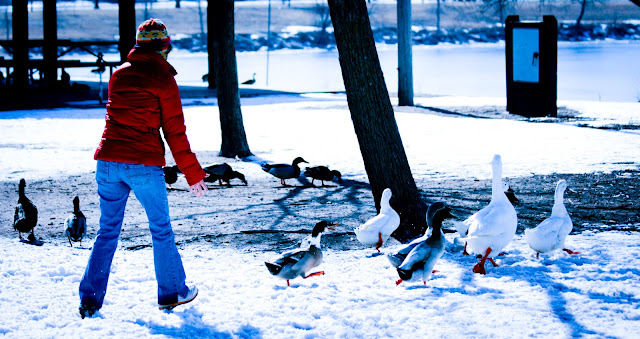 chasing_geese_2.5.11
i don't often write about relationships, but i couldn't reflect on the past year without mentioning one i had.  for the better part of last year, i had a girlfriend. she was without a doubt one of the most selfless and caring people i've ever had the privilege to meet.  although it didn't work out between us, i'm eternally grateful for the time we spent together and how she taught me, through her own actions, to be a better person.  this photo was taken while we enjoyed the snow, and wildlife, in watson park. 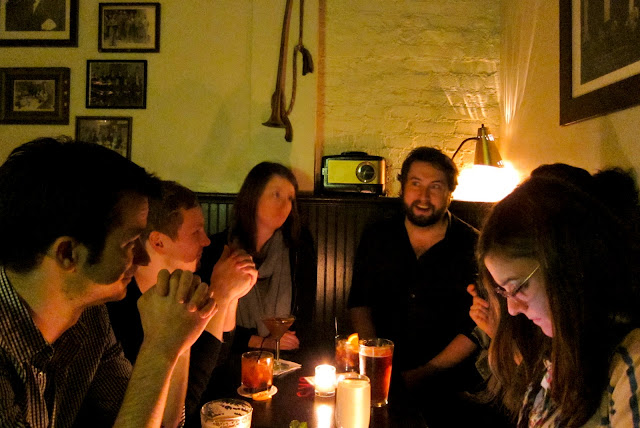 bar_stories_3.17.11
for my 30th birthday, i took a trip to new york city to visit friends living there. although i don't see them as much as i did in college, they're the type of friends everyone should have. the type where you can go months or years without seeing them, sit down at a bar table, and it's like you were never apart.  here we all are enjoying cocktails at brooklyn social. 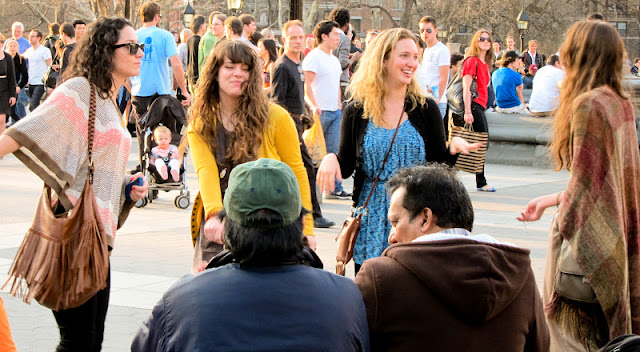 dance_of_the_bohemian_chicks_3.18.11
during the same trip to new york city, i found myself venturing to area's i had never been before. by some weird and wonderful coincidence i stumbled upon washington square located in greenwich village. not only did it provide the perfect landmark to rendezvous with some canadian friends, but it ended up being the perfect place to spend the day.  new york had suffered a very long, cold and bitter winter, and this particular day was the nicest weather seen in 6 months. it seemed the whole city was enjoying the day, and everyone in the village was at the park. music was being played, people were dancing, and everyone was in a great mood.  these girls, dancing along to some bongos, exemplifies the whole experience for me. 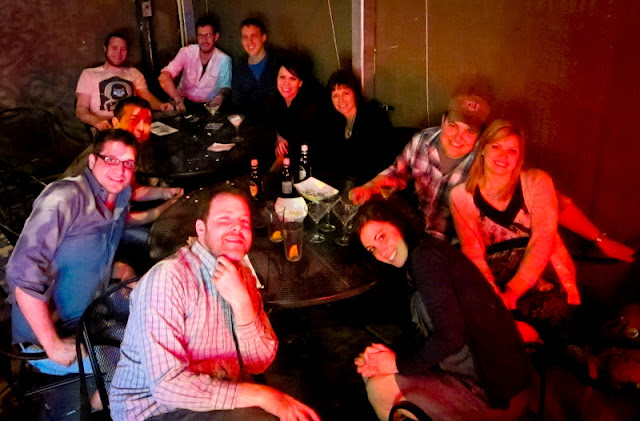 monday_night_friends_3.22.11
after flying back from new york, my friends in town, met me at my favorite bar to celebrate my birthday.  a year ago, i hadn't met most of them, but in just 12 months they've become some of my closest and best friends.  it's an incredibly passionate, talented, and creative group of people and i'm honored to call them friends. 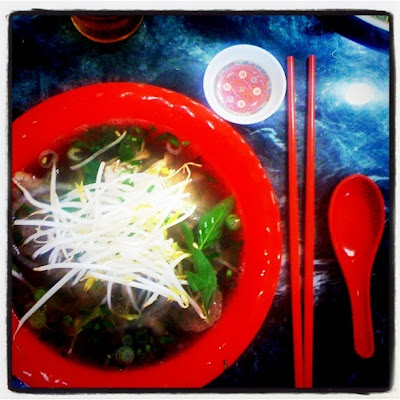 pho_sure_5.20.11
last year i was introduced to a vietnamese soup called pho. my friends, being the pho-natics they are, insisted i try it.  being the typical mid-west-steak-n-potatoes kind of guy i am, i was skeptical, and at first, hated it. now, i can't get enough of it, enjoying it at least a few times a month.  i like this photo because it's a little reminder to always stay open minded and to try new things, because you might just be surprised. 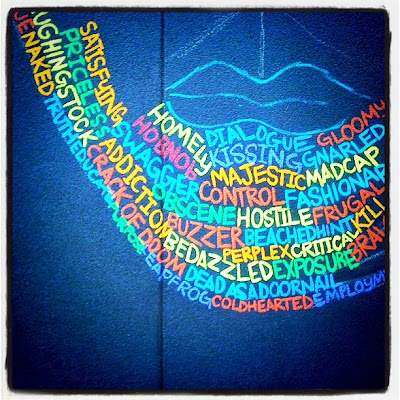 writing_on_the_wall_5.30.11
last spring i discovered a local artist working on a mural.  the spot had originally been a very ugly and mundane stucco wall.  working on it late at night, every morning on my commute i would see his progress.  with the piece finished, it's now a hot spot for photographers shooting senior photos, and engagements.  not only is it great to see more public art popping up around wichita, but i love when someone can take the dull, and boring and turn it into something artistic. 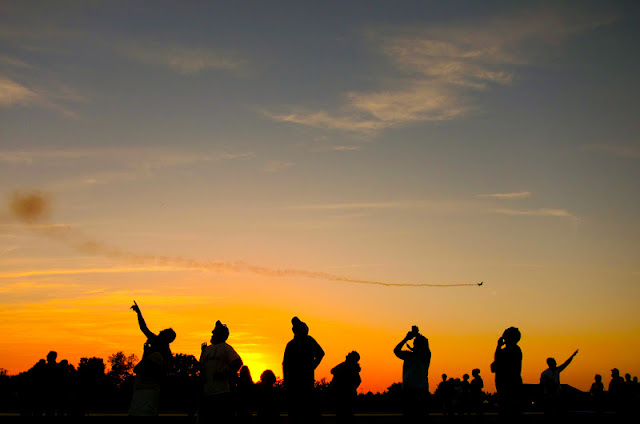 looking_up_6.25.11
this summer my friends and i took a spontaneous trip to view a fly-in.  the environment was magnetic.  we were exposed to a whole different culture, and couldn't take enough pictures of it.  between the planes, the sunset, the weather, and the mood, we were running around like little kids, capturing all we could. 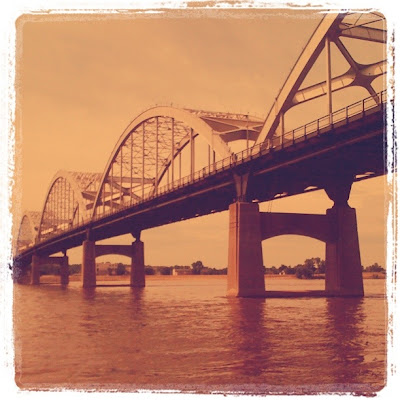 under_the_bridge_7.3.11
also this summer, one of my best childhood friends got married.  falling in love with a girl from iowa the wedding took place near davenport.  knowing jack kerouac had mentioned the city in his book "on the road" i was curious if i could pin point the spot he mentioned.  before leaving the city, i found a bridge that existed at the time he traveled through.  i sat and stared at the river, thinking back to the first time i saw the mississippi.  although i didn't have the same experience as jack, i thought about the words he wrote, and pictured him traveling across this bridge.

"...and here for the first time in my life i saw my beloved mississippi river, dry in the summer haze, low water, with its big rank smell that smells like the raw body of america itself because it washes it up." 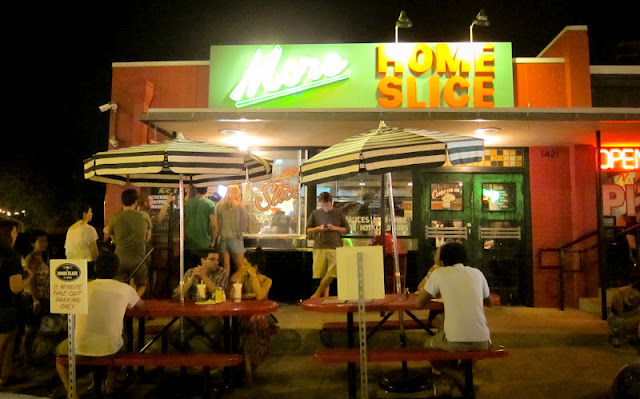 home_slice_9.27.11
once again i traveled down to texas for the austin city limits music festival.  past years have always been filled with great friends, great music and great food, and this year was no different.  i spent three wonderful days with my austin friends, and even managed to make a few new ones in the process.  i love austin.  it's a city in every sense of the word, offering up new gems to discover every time i visit.  on this trip, i was introduced to "home slice" pizza.  after a long day in the sun, it was the best pizza and beer combo i had ever enjoyed, and the atmosphere surrounding the place was second to none. 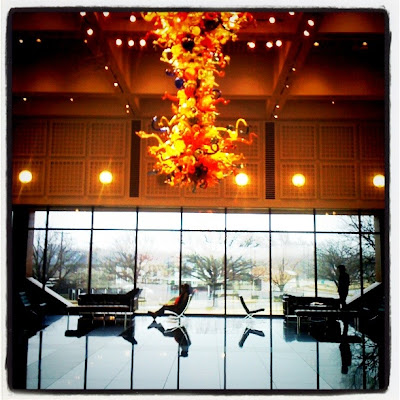 where_the_art_is_12.3.11
making connections with people help you see the world in a new light, even when that world is your own hometown.  last month my friends wanted to check out a new art exhibit at the museum  as much as i love art, i probably would not have gone by myself, but with a good group of friends it turned into an amazing day.  just another reason, out of many last year, i'm grateful for the [connections] i've made.
Posted by ercwttmn at 1/05/2012 11:05:00 PM No comments: Links to this post