the [queen] of khaki? 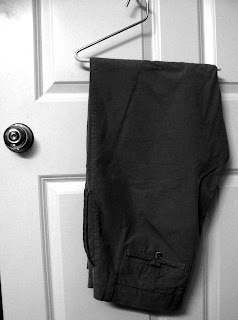 i have an extreme dislike for khaki's.

let me rephrase that. i have an extreme dislike for wearing khaki's. however, in this post-collegiate world i woke up in one morning, i've found that, torn jeans, and grey t-shirts don't always exude the professionalism you want in someone designing a building for you. therefore i wear khaki's.

i'm not blaming khaki, as a material, per se. there is, in fact, a very strong possibility that i just don't wear them well. i've tried on numerous pairs of different styles and cuts, but i've never really been happy with anything. they're just not right. i'm the goldilocks of khaki's. this is why i always keep an eye out for any new khaki's that may come along.

recently, i was at a friend's house, getting my weekly [office] fix, when a commercial came on promoting new khaki's. [see commercial here] now, i'm not sure if i was caught up by the catchy little jingle, from "annie get your gun", or if it was the fact it featured, none other, then claire danes, but i took notice, and remembered the style.

a few days later, i ventured into the store, and within five steps, was asked by a female employee if i needed any help. seeing no harm, in getting to this great, new product faster,

she said, "what can i help you find?"

i said, "can you show me your selection of 'boyfriend khaki's"

a mixture of feelings and emotions filled my mind like a flood at this point. not only was i blind sighted that i had just asked to see women's pants with the straightest face possible, but visions of the commercial flashed through my minds eye. did claire lie to me?........there were pants in the commercial,............and a guy had them on......they're called "boyfriend" khakis................am i missing something here?..........was this false advertising..........or i'm just an idiot?

i'm not exactly sure how long i was standing there, but when i came to, i found the young lady, still staring at me, waiting for an answer. not wanting to look like the idiot i am,

she then took me over the the display, and asked if i had any questions.

after she left me alone, on the women's side of the store, i counted off 30 seconds, which i felt was enough time to make it look like i had really been interested in the pants, but for what ever reason, decided not to buy any. 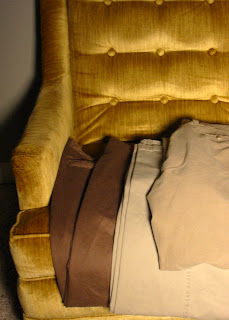 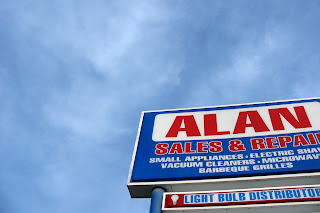 for the past four weeks i've been on a personal quest. not as epic as odysseus, but as exciting as you can get within the city limits of wichita.

last fall, my truck was broken into, and my cd player destroyed. after re-installing my stock cassette player, i relied heavily on my ipod car adapter to listen to music. everything was fine until the fuse burnt out. i thought to myself, no big deal, it's a fuse, how hard could it be to replace........the quest begins.

naturally, i went to auto zone, they have fuses. they did, but not mine. it was the same at o'reillys. i ventured into pep boys not expecting much and getting less. they did however point me in the direction of radio shack.

i walked in and found the whole staff looking like the staff of a radio shack (take that as you will). i showed the fuse to the 16 year old manager, and he scurried to a bin holding their hoard of fuses. after a few minutes of disbelief he couldn't find the right one, he informed me, (in sort of an "underground" way), of a place called lloyd's electronics's. great...another store to check out, i wasn't discouraged, at this point the whole thing was starting to become comical.

it's at this point the quest starts to slow down. it turns out, lloyd's electronics is only open until noon on saturday's. sadly, this doesn't exactly work with my schedule. thankfully a friend calling me at 11:00 a.m. last saturday woke me up in time to make it before lloyd locked the latch.

this place was underground. i walked into a store looking much like my grandfather's basement, the only difference being the parrot....yes, this place had a parrot. after looking through the fuses myself, to no avail, i showed the fuse to lloyd. after putting on his glasses and studying the object, he said, "i'm sorry sir, but i've got bad news." i said, "it's o.k. lloyd.....i'm ready to be heartbroken". he didn't get it. he then informed me that it was an "agx" fuse and he doesn't carry "agx" fuses. i of course said "oh...o.k." like i knew what in the world that meant. but hope wasn't lost, he directed me to "alan". 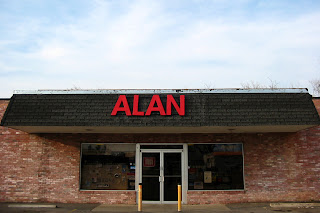 so i booked it over to alan's, almost betting that he doesn't even open on saturday's. as i rolled into the parking lot, the door said open. i walked in and immediately showed the fuse to alan. after looking at the numbers he went behind the counter and rummaged through a fishbox full of fuses. while he matched numbers, i looked around. this was in fact, an appliance repair store and behind the counter were the cords, knobs, and various other parts of every imaginable appliance one could think of. i was just about to get lost in thought about this store, when allan informed me he had the fuse. i bought two, for $1.75 and went on my way.

driving back to my apartment, with the sort of feeling i'm sure athletes get after winning a state championship, i started to think about this appliance repair store. there was one man behind the counter, and no one else in the store. it occurred to me, i can't remember the last time someone said in conversation, "oh, i'm getting my coffee pot back from the shop tuesday, you should come over", or "man i really need to take my dvd player in to get tuned". do people fix appliances anymore? are things so cheap that it's easier to buy something new? is the quality of objects today, so poor, they're not worth fixing? how does this guy stay in business? is his bottom line filled with people like me, people who are too cheap to by something new? as i pondered this thought, i was somewhat pleased that corporate america didn't have my fuse, a man named alan did. hooray for small business........hooray for the little guy. 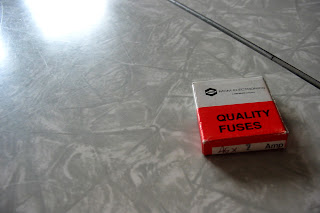