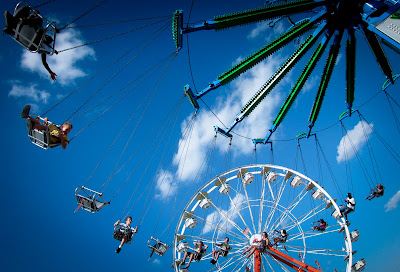 a generous gift of a free admission ticket, and a lack of anyone to take along, meant i enjoyed a little [self]date to the kansas state fair this past weekend. just [myself] and [i].

the day didn't start out too terribly early. [i] let [myself] sleep in a bit. mostly because i know [myself] isn't a fan of getting up early, but neither am [i], so it all worked out. after getting up and around the car left a little before noon. the drive was fairly uneventful, but the radio was tuned to the classic country station, which [i] thought was the perfect way to get [myself] in the mood for a good ol' time at the fair.

both [i] and [myself] had been involved in 4-h growing up, so the first visit was to the livestock barns, filled with every breed of chicken, rabbit, sheep, goat and cattle imaginable. in the poultry exhibit [i] got a little too close to a rooster cage while trying to take a picture, and the little, for lack of a better term, cock, bit my finger. [i] was pissed, but the humor of the situation was not lost on [myself]

after that, it was time to get something to eat. [i] really wanted to try this year's "fair food fad", which was a krispy kreme cheeseburger. however upon inspection, [myself] thought it was gross, so [i] decided to spare [myself] the scene of devouring it. pronto pup seemed a more fitting and slightly healthier alternative. after finishing an amazing corn dog, it was decided to enjoy some ice cream. however, [i] apparently have never eaten ice cream from a cone while sporting a beard before, and accidentally got ice cream all over [myself]. it might sound cute, but it wasn't. [i] got a napkin and cleaned up [myself].

after the ice cream mishap, a stroll through the rides was next. [myself] would have probably enjoyed a ride or two, but [i] was too cheap to buy [myself] any tickets. [myself] then thought about trying out one of the games, but honestly, if a prize would have been won, [i] didn't want to walk around the fair awkwardly trying to hold a giant jamaican banana, especially with [myself].

just when the [self]date seemed to be failing, the pig races happened. as hokey and cheesy as it was, it ended up being a riot to watch and was enjoyed by [myself], [i], and everyone else in attendance.

as the day started to come to an end, it was time to head back. during the ride home, it was discovered [i] smelled like corn dog and barn, a combination of odors not enjoyed by [myself], so the windows were rolled down. heading into wichita [i] thought about getting a few drinks to end the night, but it was easy to see [i] wore [myself] out, so the date ended.

i'm not terribly sure [i] would ask [myself] out again. [i] really wasn't thrilled spending the day with [myself]. honestly [myself] is a little boring. then again [i] probably didn't help things out being more focused on taking photos, instead of enjoying a day getting to know [myself]. who knows? maybe [i] could find something better to do with [myself], but at this point in time, [i] should probably look for someone else to spend time with. [myself] would probably agree. 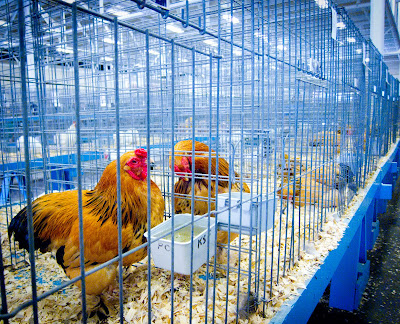 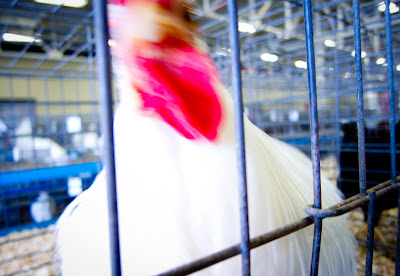 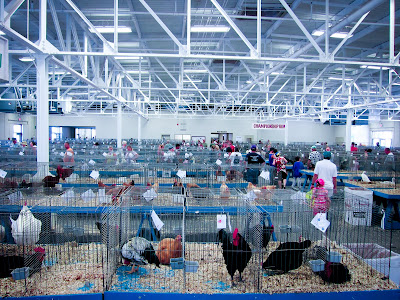 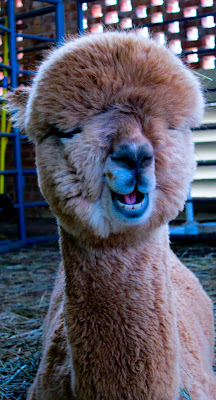 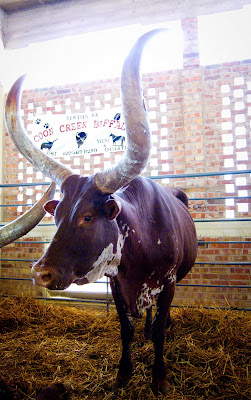 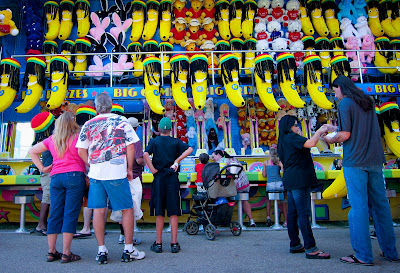 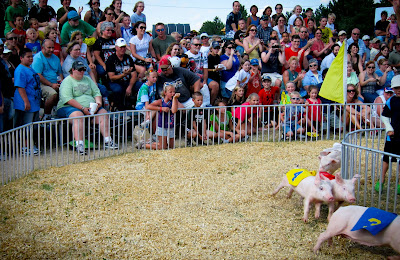 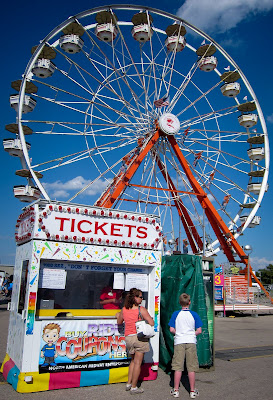 if you measure a business in how much free chipotle it gets...well then, business is a-boomin'.

after seeing the engagement photos i took last month, some recently engaged friends of mine asked if i'd take theirs as well. with the promise of free chipotle, i agreed. it ended up being a real quick session, but my friends were wonderful and patient with me while i tried to figure out how to pose them. although i'm happy with a number of the shots, i'm discovering there's still a LOT to learn. one thing i have learned however, is to end the photo shoot near one's favorite bar. happy clients tend to pay for the drinks. 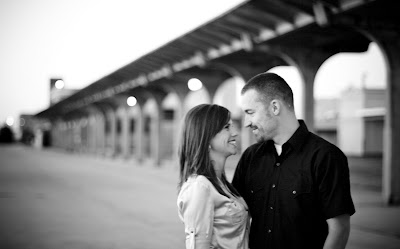 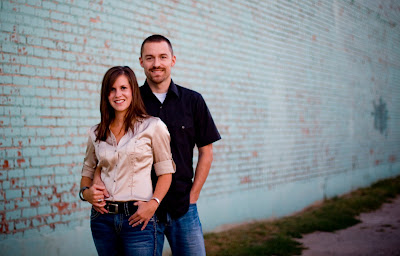 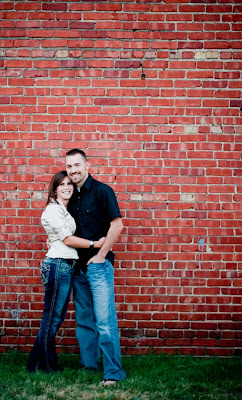 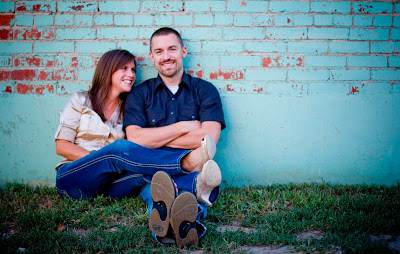 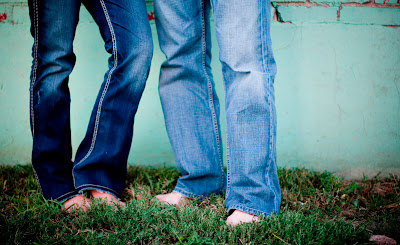 the [signs] they are a changin' 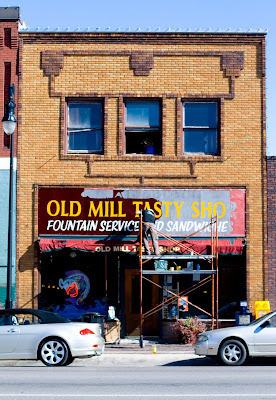 last saturday the old mill tasty shop sign got an up-dated paint job complete with new colors. although i love the new maroon and yellow color pallet, there was a small part of me that was going to miss the old slate blue sign i'd see everyday.

while photographing the process, i thought to myself, "hey, i can use this situation to blog about how much i fear change."

then i realized....that's what i write about every third blog post.

so i'll keep it short and sweet.

i love the new colors. i think they're new and poppy and wonderful....but still miss the old ones. what's to win out? newness or nostalgia? one of these days i'll figure it out....

maybe i just need a malt. 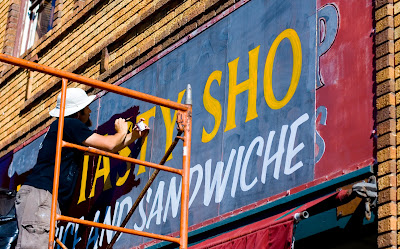 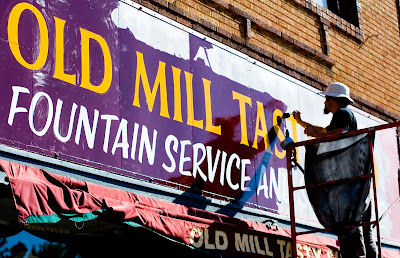 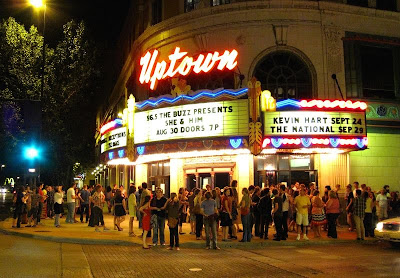 not much to say on this post...as i'm still speechless.

since picking up the "she & him" volume 2 album last march, it's been a staple in my spring and summer soundtrack. going to see the concert this week, seemed the perfect book end to the season.

the whole concert was an audible buffet of candy coated chords and bubble gum lyrics. however, my favorite moment of the night was when zooey picked up a ukulele and began to cover one of my all time favorite songs, the beach boys "wouldn't it be nice". 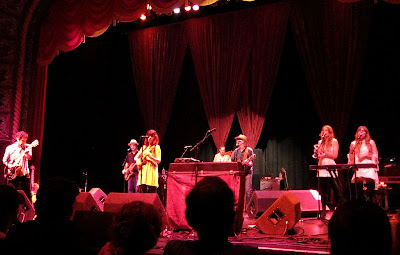 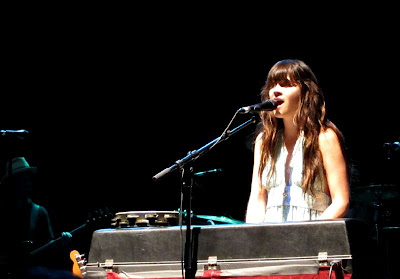 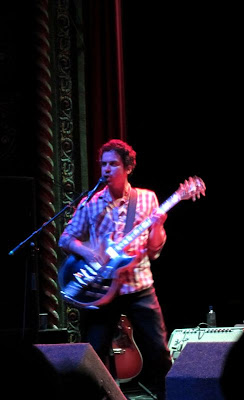 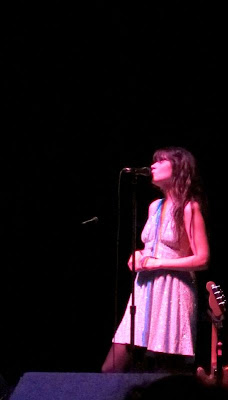 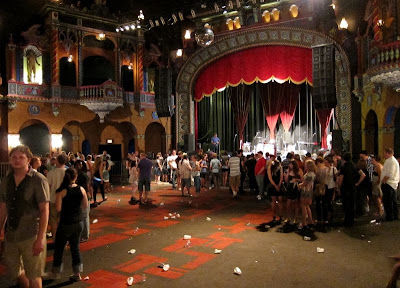 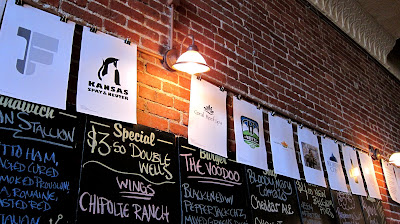 i don't know if it's entirely true, but i would be willing to bet, almost every architect out there believes they can also be a graphic artist. i mean, design is design, right?

well, wheter it's true or not, i'm no exception. i've always enjoyed graphic design, and love the fact my profession allows me to dabble in it occasionally. even through this blog, i've meet some amazingly talented people who deal with graphic design, mostly the people at aqua-velvet and secret door projects.

now...not all of my weekends have themes, but graphic design seemed to be in the air last week. starting things off, i was fortunate enough to get invited to the "aiga no-love social", by one of my graphic oriented friends at running doves press. basically it was a chance for local graphic artists to present work which had been changed or trashed by the clients. logos, designs, marks, and decals, were given a chance to escape the recycle bin and be appreciated again, an idea i think the local aia should pick up on. not only did i enjoy looking at the forgotten designs, the local aiga also provided custom coasters and drink tickets. 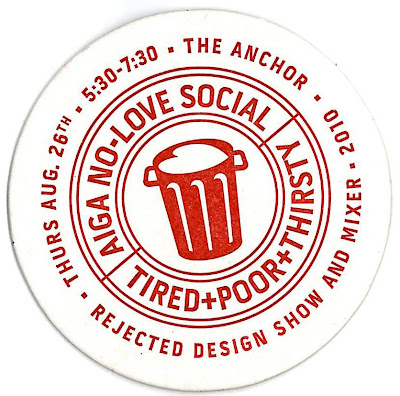 since the next day was wichita's final friday art gallery crawl, the night was filled with touring local galleries. although art was enjoyed, the highlight of the night was receiving a pamphlet informing me of a local ordinance which had just been passed. it comically stated, to crack down on graffiti, it was now illegal to carry spray paint and or markers anywhere near public buildings. now, reading over the pamphlet, i agree, this is an incredibly lame and pointless law, which basically gives local authorities power to convict on circumstantial evidence. however what i enjoyed most was the larger picture. this pamphlet was evidence the art community in wichita is starting to show it's presence, get political, and still keep an artistic sense of humor about it. 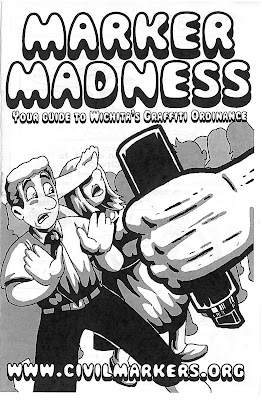 so what will next weekend bring? who knows, i might feel rebellious and decide to live life on the edge of the law...and by that i mean grab a sharpie, sit on a bench downtown, and sketch.
Posted by ercwttmn at 9/01/2010 08:23:00 PM 1 comment: Links to this post