there's something so romantic about it.  as cars became more of a staple rather than a luxury, people needed a route to explore their new found freedom.  a road to leave the congestion of the cities back east behind them and direct them west into adventure and discovery. this new type of travel and lifestyle began to influence architecture, city planning and signage.  as roadside attractions began to be lit by neon obelisks and motels became mid-century monuments, this lifestyle became a culture.

last weekend i was lucky enough to spend a few miles on route 66 as friends and i headed to a float trip.  taking a few pictures along the way, i began to think how much our culture has changed.  the interstate of course killed route 66 and the culture associated with it, as people wanted to get to their destinations quicker with less stops.  all we have now are rusted relics of what was.  neon's in the middle of nowhere.

riding in the back of my friends car, i began to imagine what it must have been like to travel the "main street of america" during it's prime.  catching myself thinking about time travel i humored myself and wondered if there was someone like me in the 40's driving down route 66 in the back of his friends chevy, who asked if they could stop so he could take pictures of the old oregon, sante fe, or chislom trails.  as this guy took photos he would think about how these trails had offered people a new found freedom and the promise of a better life out west.  how this pioneering lifestyle had influenced the way people planned and built cities.  how when you have enough people doing this lifestyle, it becomes a culture.  he would reflect on how steam engine trains eventually killed off the trails because people wanted to get to their destinations quicker. he would look around and think how all that was left of this way of life, were rotting old outpost buildings and ruts worn into the ground.

i'm sure there were people like me back in the 40's and 50's reminiscing about days gone by, and how much times change.  the only real difference between me and them being the fact i can put the photos on instagram. 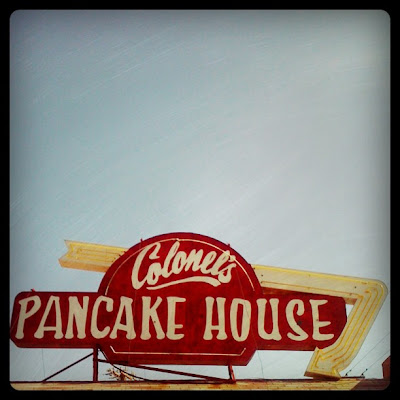 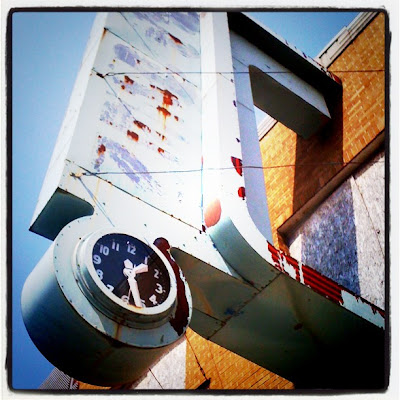 for a couple of years, i've had a solitary blue argyle sock in my drawer.  having lost it's partner a while ago [gyle] hung out in the drawer, quietly watching all the other socks go to work comforting my feet from wingtips, desert boots, and topsiders.  i wanted to bring him along, but he's an odd guy to pair up with.  i had checked behind the dryer trying to find [lefty], as well as other locations in the apartment, but to no avail.  [lefty] was no where to be found.  i told [gyle], [lefty] just needed to go out into the world to find herself.  they had been a paired up together since their days back on the shelf at gap.  [lefty] just needed some space.  how were either of them to grow as socks if they were always together?  i tried to tell him this was actually a good thing, and one day she'd be back, but deep down i think [gyle] knew i was just pulling the wool over his eyes.  i didn't have the heart to tell him i was fearing the worse, that she had run off with a don drapper-esque business sock or possibly even one of those sporty, athletic ankle socks.  after two years, i called off the search.  like his threads, [gyle's] life slowly unraveled.

then, last november, a lead came in on he whereabouts of [lefty], a text from a friend in laramie, wyoming. 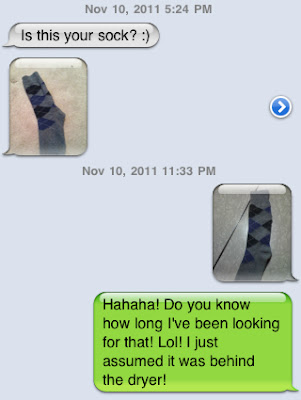 now, keep in mind, this text was sent from my friend living in wyoming, a state i have never been in nor traveled through.  for a split second, the possibility my missing sock had in reality hitchhiked kerouac style, to laramie, actually crossed my mind.  a few texts later and the situation was brought back into reality.  two years ago, i had attended my friends wedding in denver.  while there, i had stayed at her parents house, where i had accidentally left the sock.  months later, while she was packing up items to move into her and her husbands new home in laramie, she found the sock.  taking the sock back to laramie, she kept it for the past six months and finally returned it to me the other week.  [gyle] and [lefty] were finally back together. 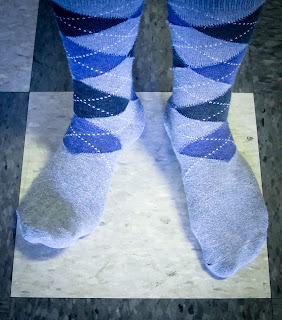 *note to the reader - i really don't make it a habit to name my socks or write stories about them, but i've been studying for an exam the past few weeks and have been devoid of necessary human interaction.
Posted by ercwttmn at 5/21/2012 12:50:00 AM No comments: Links to this post