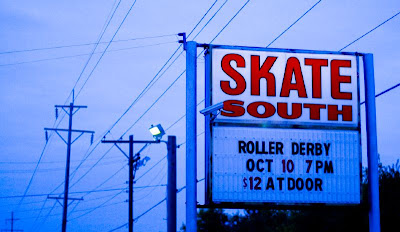 last weekend, after years of trying to make it, i finally attended a match of the ict roller girls. now i wasn't in the best of health, but late saturday, as i was starting to come out of my nyQuil induced coma, a friend suggested we watch the ict roller girls take on springfield. thinking a little trip outside my self-quarantined apartment might do some good, i said yes.

if you keep track of the box office, you'd know last week and movie called "whip it" came out. a coming of age story about a girl and the sport of roller derby. i'd like to tell you the whole reason i went was to support the actual home grown, local sport, instead of hollywood, that there's no need to pay to see some fictional commercialized story of the sport, when the real life event is taking place in my own backyard. however, i can't say that, it just happened to be a coincidence.

i sat through the entire match, and didn't understand one moment of it. all i know was there were a bunch of girls, on roller skates, beating the crap out each other, and somehow points went up on the score board. which, if you think about it, is the general plot line of any sport. none the less, it was very entertaining, and it was a blast to photograph. 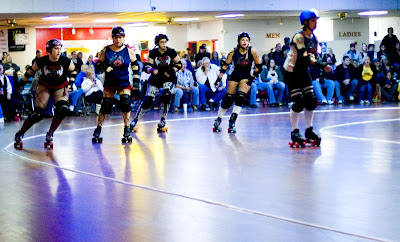 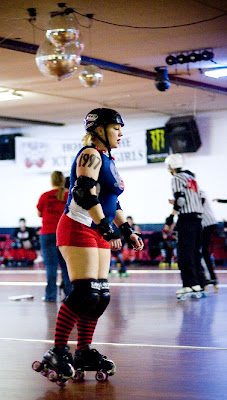 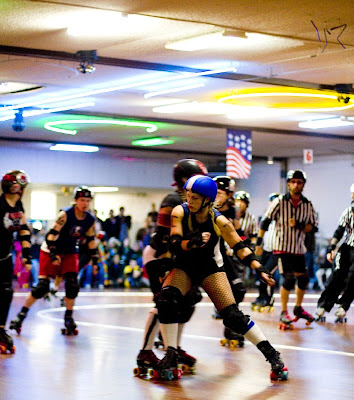 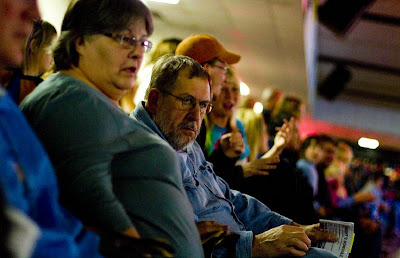 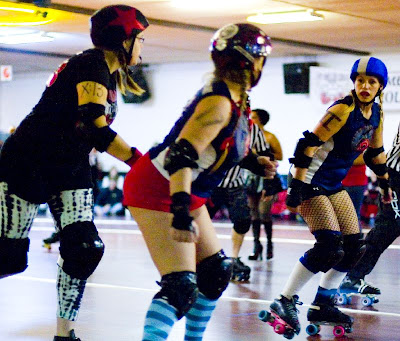 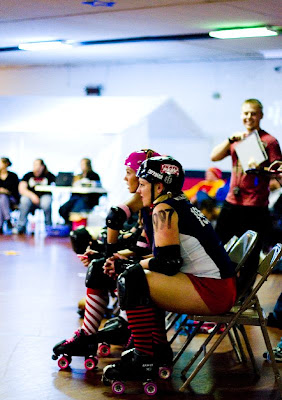 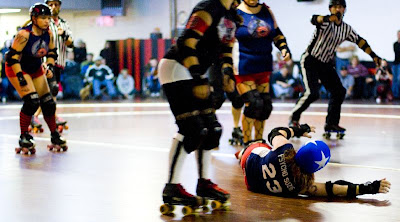 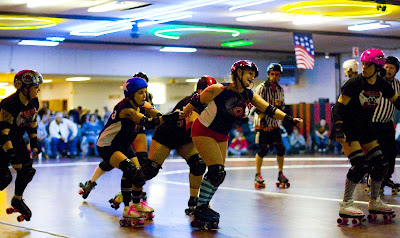 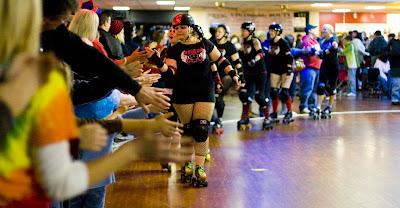 singing in the [mud] 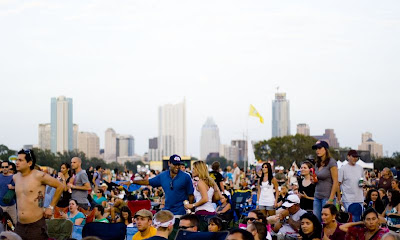 last weekend i traveled to texas to attend the austin city limits festival. now i rarely schedule or commit to anything more than two weeks in advance, however, to receive a discount, i had ordered the tickets a year ago, which created twelve months of anticipation for this festival, and it was well worth it. not only was the weekend spent catching up with wonderful friends, but it was filled with great music, delicious, new cuisine, and inside jokes that make absolutely no sense now that the weekend is over. however i did want to highlight a few of the more memorable moments.

-thursday night in austin included drinking old fashioned cocktails, a discussion and impersonation of a french ex-boyfriend, and an odd chat with a holistic healer, who informed me i was an old soul
-coffee and breakfast every morning at quacks 43rd street bakery
-hearing great bands i knew of, and new ones i'm now addicted to
-volunteering to pick up and recycle bottle's and can's around the park
-rain on saturday, mud on sunday
-watching the decemberists play while it drizzled
-dancing in the mud to girltalk
-late night dinner at "the good knight"

there was however one situation that deserves a bit more than a dash and a few words. now this situation wasn't funny at the time, however looking back on it now, is slightly amusing, and slightly amusing is all i ever hope for with this blog. with it raining all day saturday, sunday found the park to be one giant mud pit. it was gross, it smelled bad, and walking was difficult. just a few feet into the festival that day, my flip flops broke. the upward force of my feet trying to break the downward force of the suction of the mud, was too much for them, and they gave out. to be honest, i'm surprised they had lasted this long. they were in fact the five dollar flip flops i had purchased my freshman year of college to avoid having my feet touch the bare tile in my dorm hall showers. as i picked up my shattered shoes, i decided they were just a small sacrifice to pay to the concert gods and i pitched them, going the rest of the day shoeless. being barefoot wasn't bad at all, as most people ended up that way eventually, what i didn't count on was the rock filled, gravel infested, broken glass scattered, two mile trek back to our car that night. it didn't take long for my mud covered feet to get bruised, cut, and sore. hobbling along, wondering how long i could take the agony, out of the corner of my eye, sitting along the sidewalk i spotted none other than a mud covered pair of shoes! as i approached the abandoned shoes, i found they were indeed big enough to fit me. my feet were screaming to put them on, however my head was filled with total disgust. i had no idea who's shoes these were and what type of foot fungus may or may not be inside waiting to attach itself to my feet! eventually my heart sided with my feet and i placed the rubber souled petri dishes on my feet. the only comfort i had was the thought of driving directly to the nearest pharmacy to pick up the largest bottle of industrial strength "fast actin' tinactin". although they were a few sizes to big, they successfully got me to the car. safely in the back seat, i promptly kicked them off and on to the sidewalk where hopefully they ended up helping some other shoeless sap make it to their car. 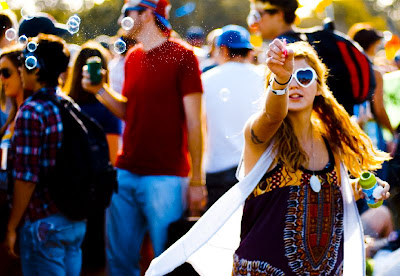 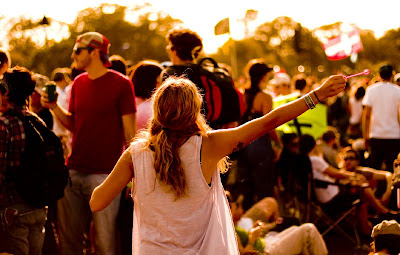 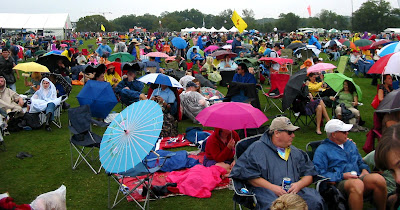 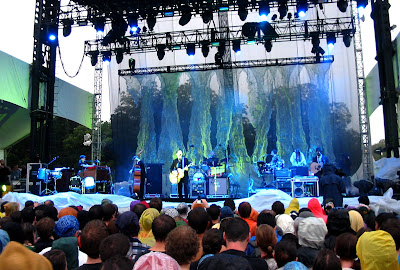 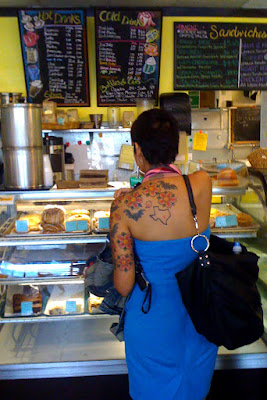 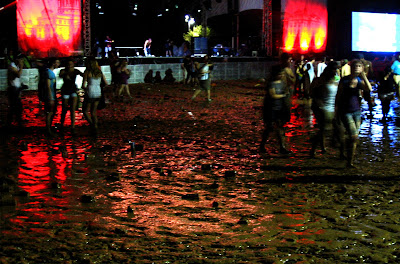 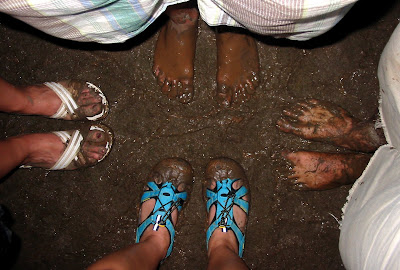