it's no secret i've had a little spare time this summer. days spent searching for firms with job openings and nights filled with editing and fixing resumes and portfolios. well, maybe not the whole day, just the majority of it. the rest of the hours are filled with more domestic endeavors. my apartment has never been cleaner, all shirts and pants are pressed and ironed, and all shelved items have been organized and in some instances alphabetized. i've also had a little more time to prepare meals. while looking through a magazine one day trying to find interesting dishes, i came across two drink recipes that caught my eye. one was for a "dark and stormy" and the other, the "perfect iced coffee". i was hooked, i had to try them. i bought the ingredients and started to prepare.

now, i'm not sure if it's every young man's dream to be a bartender at some point in his life, but while preparing the "dark and stormy" part of me felt like a young tom cruise in the movie "cocktail". one flip of the rum bottle, which i nearly dropped, quickly brought me back into reality. a classic "dark and stormy" is very simple. some "goslings black seal rum", ginger beer, and a lime. you fill a glass with ice, pour in a little rum, top the glass off with ginger beer, squeeze in half a lime, and than garnish with a lime slice. not only did this turn out to be amazingly refreshing, but if softly playing the song "kokomo" in the background, is a little slice of heaven. 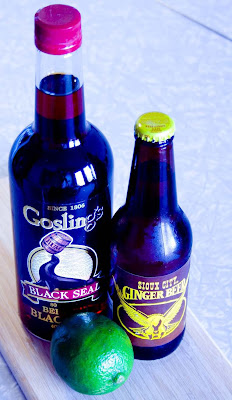 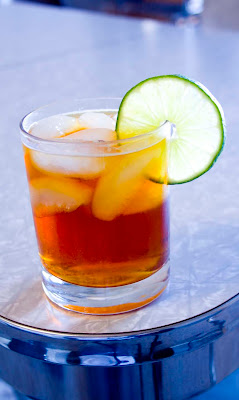 the next liquid experiment was the "perfect iced coffee". now i love coffee, however, during the summer months, my body hates being hot on the outside as well as the inside, hence, my new found love for iced coffee. however handing over four dollars to some coffee house barista seems ridiculous to me. now, i've tried making iced coffee before by simply placing regular coffee in the freezer, and it turned out alright, however the words "perfect iced coffee intrigued me. word to the wise, do not place the coffee pot directly from the coffee maker into the freezer.....

to get the "prefect iced coffee" apparently you have to "cold press" the coffee. you grind some beans, place them into a french press and then stir in cold water. you then let it sit in the fridge for 12 hours. later, you press the mixture into a glass, add in a little milk and sugar, and presto! an iced coffee. now i'm not a coffee snob by any means, however this cold press method really has something going for it! 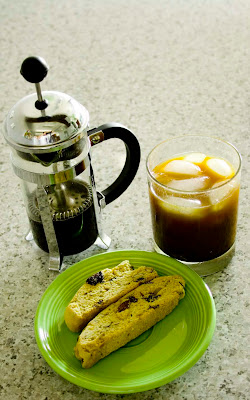 i know summer is rapidly coming to an end, but if you find yourself with a little extra time on your hands, i highly recommend trying out both drinks....as well as the "cocktail" soundtrack.
Posted by ercwttmn at 8/27/2009 10:16:00 PM No comments: Links to this post

last week i traveled to houston to attend a training institute for HOBY, an organization i've been apart of for a while now. not only did i get to meet and become friends many wonderful and outstanding people from all across the nation, but as a bonus, i ventured to a new city. now, whenever i pack for a vacation, my camera is the first thing i grab. there's nothing like capturing that moment, when you see a view for the first time. however, after packing for this trip i realized i didn't have any room, and with the recent price increases for checked luggage, i decided not to bring the camera, which hurt me.

having a little free time in the seminar schedule, i ventured downtown friday night. looking around at the buildings, fountains and landscaping, i couldn't help myself, i just had to take pictures, so i reached for the camera on my phone, which is something i hardly do. to put it bluntly, i'm not a fan of camera phones. in my opinion, they're the karaoke of the photography world, they can be fun and entertaining, but quickly get old and annoying.....alright, that's enough of a rant, i hope i didn't offend any camera phone or karaoke fans out there. friday night however, i was proved wrong, i needed it. the camera phone helped me get my fix of photos. the buildings and parks of downtown houston, one of the largest cities in the united states, fit perfectly into my pocket. 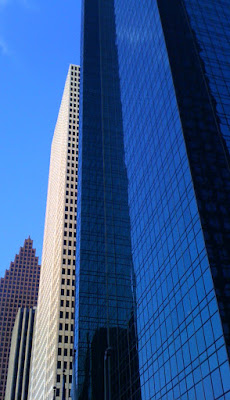 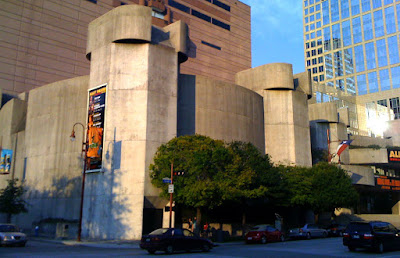 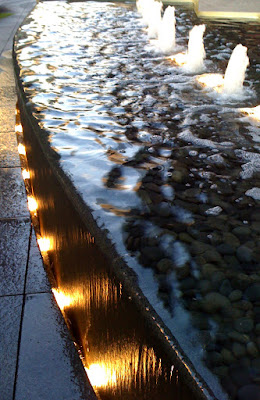 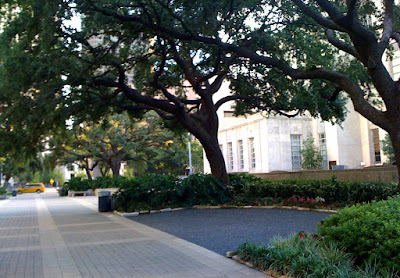 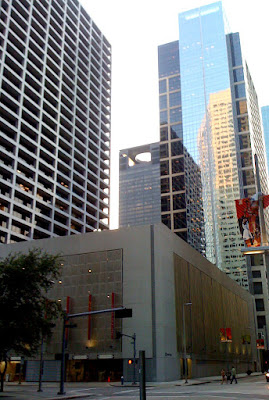 last saturday morning, a group of local photographers went to an area of town most of us had never spent much time in. in fact, most of us had never even driven through the area, which really is a shame, because it's so rich in character. we traveled up and down the area for about two hours. walking the sidewalk has a wonderful way of making you look at details, material and textures, the little things impossible to notice while zipping along our busy lives fueled by the automobile. having a camera with you while walking only magnifies this whole experience.

i'm always amazed at the beauty one can find in just about anything...sometimes you just have to slow down....and open your eyes. 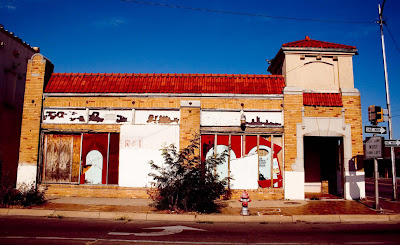 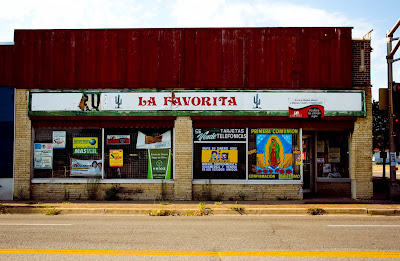 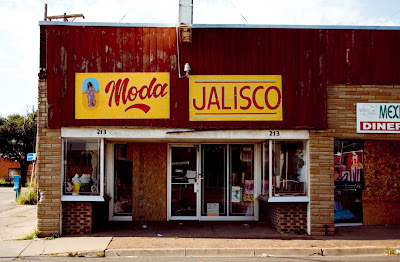 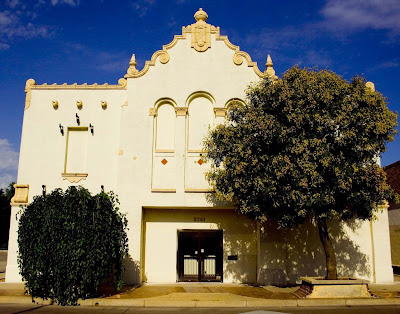 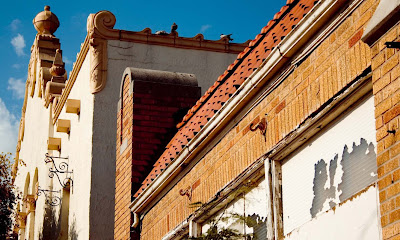 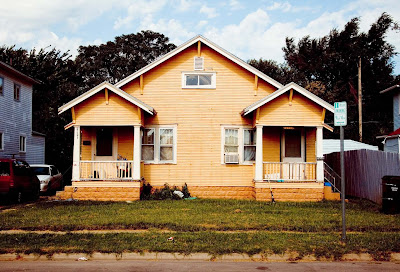 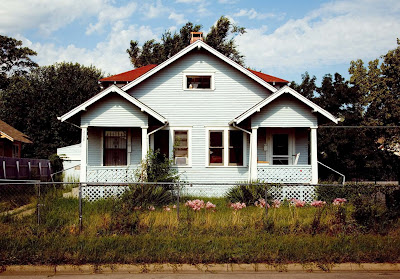 [strangers] in the night

a few months ago, i ran across this website, showing a photo experiment in atlanta georgia. a disposable camera was tied to a bench, along with a note asking people to take pictures and have fun. at the end of the day, the camera was picked up and developed. the resulting images not only showed who had run across the camera but also showed off their artistic nature! finding this whole project incredibly fascinating and creative, i wanted to see what results, the same experiment, would turn up in wichita. with friday july the 31st, being wichita's final friday art gallery crawl, i, along with a few other photography nuts, set camera's out in different locations. i placed one camera in the delano district, and the other on the corner of douglas and emporia, and anxiously awaited the results! to my surprise and amazement, not only were the cameras still there, but their entire roll of film had been used as well! here's what turned up!