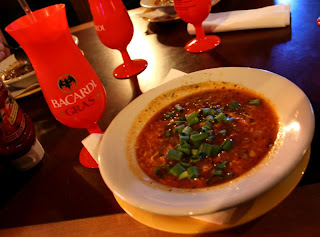 last tuesdsay was "fat tuesday", the day before lent begins. now it's relatively known that new orleans is the place to be for a real mardi gras celebration, but being that it's a tuesday night, and live no where close to the city, i decided to see what wichita had to offer. as it would turn out a local bar in town, was going to have a zydeco band play, as well as serve specials on gumbo and hurricanes. feeling like that would be a "happenin" scene, i decided to partake, and thankfully a few friends decided to go as well.

the night started with some delicious cajun gumbo, and hurricanes. we had barely finished our meal, before the zydeco band started wailing! after a few minutes, the place was full of people dancing and swinging to the sound of "the mudbugs!" hanging out, chatting, dancing, and discussing camera's, turned a regular weeknight into a very enjoyable evening!

for many out there, it would have been a night out listening to a band with a washboard, but the other side of this celebration, makes it even more richer.

the next day, i attended ash wednesday mass. with it's location to downtown, i attended mass in the cathedral, which has a space, designed perfectly for reflection and thought. after receiving the ashes on my forehead, and visited one of my favorite local dives for lunch. the wichita fish company. as it was an amazingly beautiful day i sat outside on the patio. it was obvious from the line of people, that today's business was a little higher then normal, as i'm sure most local catholics swarmed to it. as i sat there, enjoying the weather, reflecting, eating my fish, i could feel i was in the presence of a lot of catholics, the ash on all the foreheads also was a clue, i realized that i was experiencing one of the meanings of lent. it's not so much about "sacrifices" as it is to know you were apart of a community. something larger then yourself. although i didn't know anyone else on the patio, i felt i was apart of them.

both experienced were so different, and yet very similar. it's about being a part of that community, whether it while enjoying flailing fiddle's or fish fillets, with people i knew or had never met. the company during both was enjoyable and refreshing. 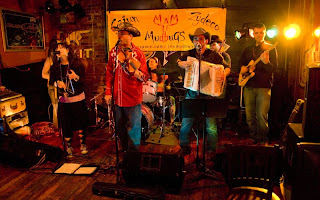 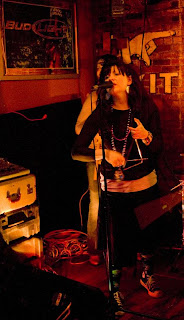 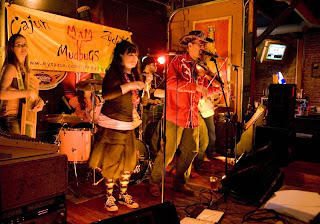 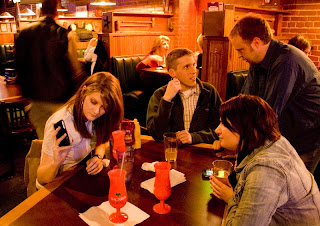 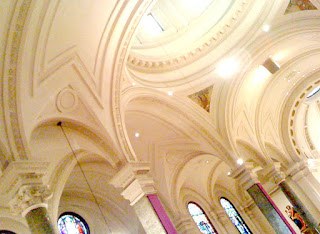 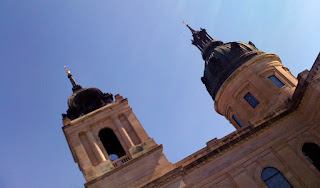 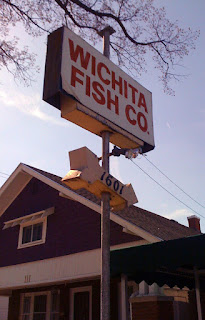 [coincidence]...or what the french call [peugeot] 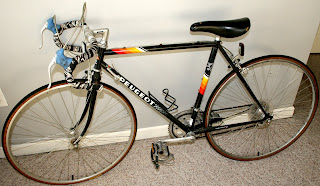 alright...lets get something straight. i was not looking for another bike.

i got another bike.

but it's not what you think, it was pure coincidence.

for the last few years, i've been very content riding my vintage cruisers around town. not only do they ride smooth, but when heading anywhere downtown, they usually get me to my destination quicker. and closer then driving. i will admit though, sometimes when hauling these cycles of steel up and down stairs, my thoughts go to those little, light road bikes. even though the idea of getting a road bike, made me feel like i was cheating on my vintage beauties.

after one long weekend of riding, i found myself growing ever more curious about a different ride. maybe i could just check and see what was for sale around town. that monday, i went to work early and checked the ultimate source for finding stuff. craiglist! not really expecting to find much, i clicked on the "bikes" section. to my disbelief there was actually a road bike listed! in fact it was a peugeot for only 40 dollars! now i don't know much about road bikes, but i was sure that was a deal! i read over the information carefully, and examined the picture, but slowly convinced myself that i didn't need it. i sat back in my chair and debated the decision. as i leaned back, i ran into my boss who had snuck up behind me. now my first instinct was to click back to cad, and make it appear i was working, but it was too late, he had seen the article.

waiting for him to ask how the progress was going on the project i was suppose to be working on, he instead asked.

slightly surprised, i stated that i was somewhat curious, and had found one for sale in wichita and was thinking about getting it.

he said, "well, you're never going to believe this, but i have an old peugeot bike, in the bed of my truck, right now. i was planning on taking it to the thrift store this afternoon, but if you want it, you can have it!"

"are you serious" i asked

well i did take a look at it, and sure enough he wasn't lying. there was indeed an old peugeot road bike lying in the bed of his truck. quickly realizing this was obviously some sort of sign, and not wanting to let this opportunity pass me by, i told him i'd take it. that night i wheeled another bike into my apartment, and hoped the other ones wouldn't be too jealous.

i think it's only natural for friends to evolve and change as one goes through life. "childhood friends" give away to "school friends","school friends" eventually turn into "college friends". who knows, one day i might even find myself with "couple friends" and then "married friends", and eventually "parent friends"! but that's too far down the road to think about. right now, i'm still in that "single guy" friend stage. lately there's a group of friends i've been hanging out with nearly every weekend. these friends are always ready to party it up on saturday! i almost can't keep up! now, like all groups of friends there's a few i really get a long with and some i just "put up" with. let me introduce you. 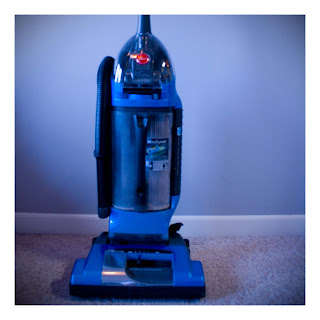 here is "vacuum cleaner", aka "hoover". we've only been hanging out since christmas 2008, but he's already become the leader of the group. he's sort of the "vincent chase" of the cleaning entourage. he's also very considerate, he's aware of my allergies and is always there offering up his hepa filter. 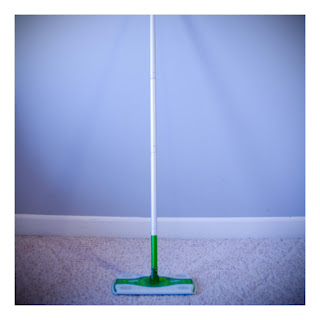 this is "swiffer". we've been hanging out for a few years now, although i feel like our time is growing short. he's a very needy friend. although he does a great job, it seems like he always needing a disposable towel. when i check the closet only to find out i'm out, he just sits in the corner and pouts. 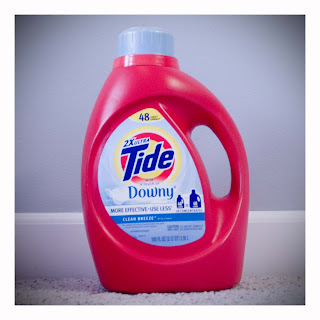 this is "tide". i actually don't get along with him. he's kind of like that friend that sort of just shows up even though no one invited him, and when he does find you guys, he's bring a lot of "dirty" laundry with him, that you now have to entertain. by the end of the night, tide is no where to be found and you're left having to deal with all his friends. don't even get me started on his crazy friend "bleach". 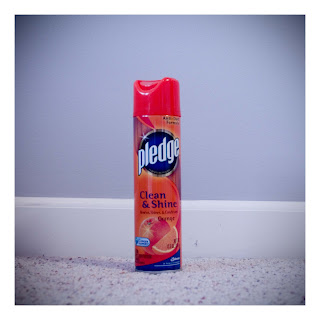 this is "pledge", she's an absolute sweetheart. she's the best smelling of everyone. i think she's from florida or california, some place citrus-y. i don't even own that much wood furniture, but i find myself cleaning my desk and end table more then i should just because she makes the whole apartment smell fresh. 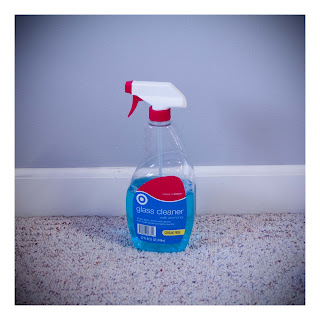 finally, "windex". well actually it's not actual "windex", it's the cheaper target version, but please don't let it hear you say that, he's got some self esteem issues. i just let him know that he does just as good as a job and not to be worried. windex and i get along great. i'm not sure exactly what you are and aren't suppose to use windex on, but i find myself using it on more surfaces then i should. he however does a great job with what ever i ask him to do, and just to be nice, he does it with out streaking.