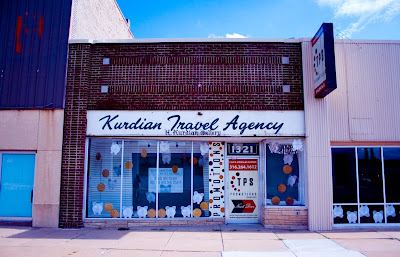 the other day i was driving down douglas, and saw something new, well actually, it's old, but it was new to me. as i drove by i saw a sign for the "kurdian travel agency". i thought it seemed an odd location for a travel agency to open, but i really liked what they had done with the building and loved the sign! it seemed kind of retro.

well as it would turn out, it isn't a new business moving it, but rather a little glimpse of wichita's past. we had a couple of really strong summer storms come through, and one of them actually blew the metal front off the building, exposing the brick and the sign underneath, a site that hasn't been seen by wichitan's for years.

what i love about this story, are all the analogies one could make about one's own life. how, over the years, we get different layers added to ourselves, filters over our personalities, some more transparent than other. sometimes we do this to fit it, and sometimes we do this to hide completely. before long, the original can't be remembered, you've forgotten who you were. then one day a huge "storm" i.e. unemployment, comes along and exposes the real thing, and takes one back to the beginning, which can be a very refreshing. that analogy however is a little deep, so i wont get into it.

however, getting back to the building.... i wish another storm would pass through, just strong enough to work it's magic on the rest of the block. 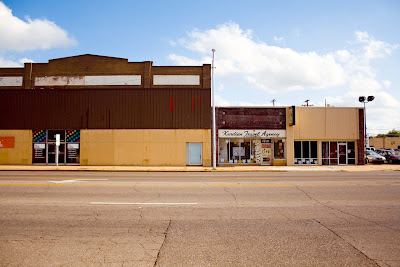 what's in a [wallet]

i'm in a predicament...and any answer to this little quandary, i fear will cause me to have to spend money...which i hate.

let's take a look at this "denim dilemma".

first of all, i can't remember the last time i bought a pair of jeans. i will wear a pair of jeans until they literally fall off of me...which happened once in college. i hate shopping for them, i hate trying them on, and i hate having to pay for them. the whole experience is just one big ordeal, that i'd rather just avoid.

secondly, i have a slightly large wallet...alright.... it's huge. i might as well be hauling around a purse in my back pocket. it's your typical george costanza wallet. it has however been an amazing accessory. i bought it in colorado, back in high school. i'm not sure what magical warehouse eagle creek makes there wallets in, but i wish they'd also make cars, because this wallet looks just as good as the day i bought it. it was exactly what i was looking for at the time. i had started driving a few years back and wanted something "grown-up" to house my newly acquired drivers license in. it had lots of little pockets and zippers to house all sorts of items...which they've been doing steadily for 12 years now. over the years it's been the lead suspect in the cause of death of many pairs of pants, with the back pocket disintegrating completely off, rendering the rest of the pants useless.

thinking i could solve this problem simply, i started placing this canvas brick in my left pocket instead of the right. this only caused my world to fall into all sorts of chaos. i constantly felt like i had lost my wallet, i'd continually reach for it on the right side, and i discovered that i couldn't sit straight in chairs. i never noticed this when it was placed on the right side which can only mean having this wallet in my pockets over the last decade, had actually formed an ergonomic divot in my backside, which is as scary as it is funny.

changing strategies i decided to remove all unnecessary items that probably didn't have to be housed within it's velcro borders. this list includes:

sorting through and removing the unneeded items successfully thinned the wallet down, however the stretched out pockets could no longer tightly hold the remaining items. after realizing a simple clean out might not be the answer, i now see myself having two options.

maybe it's time to get a different wallet. send the old wallet to the back of the closet, hidden away with my collection of "hard rock cafe" t-shirts, and get one of those really thin wallets all the "hip" trendy kids seem to love. it'll be less to carry around, and possibly save some wear and tear on my jeans.

or option two. i just admit to being [that guy]...you know...the [huge over stuffed and sometimes hard to fold, velcro wallet guy]. i'll keep using my current wallet as some sort of fashion barometer, keeping me up-dated when it's time to get a new pair of jeans. i'll spend my days at the boccie courts, with the rest of my peeps, arguing over which crooner is better...perry como or frank sinatra.
Posted by ercwttmn at 7/25/2009 08:18:00 PM No comments: 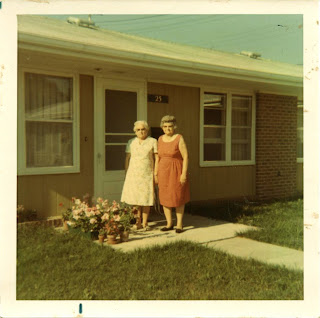 it's no secret that i love a good story. decades from now, if the years are kind to me, i hope to be the type of grandfather that annoys his grandchildren with stories from the "good ol days", forcing them to listen to me babble on by tempting them with a bag of werthers original's stashed away in the pantry. their grandmother will eventually come in, chastise me for telling stories, and give them all the candy anyway, but that's beside the point.

i owe a very sincere "thank you" to two ladies whom i've never met. minnie "alberta" leeper, and verna o. turner. even though, i've never meet these ladies, i know a little piece of "their stories". I know that minnie helped her husband, william, run "leeper hardware" in holton kansas until she had to close it in 1984. at some point in the 1950's verna o. turner made a purchase from minnie in leeper hardware. through the proceeding years that purchase served her and her family in the best way any object can, by bringing people together. fifty years later, and passing through the hands of other wonderful people, it's now landed in my possession.

there are a few more details to the story, but it's best told over a cup of coffee... 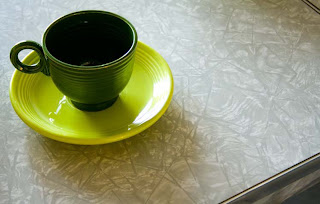